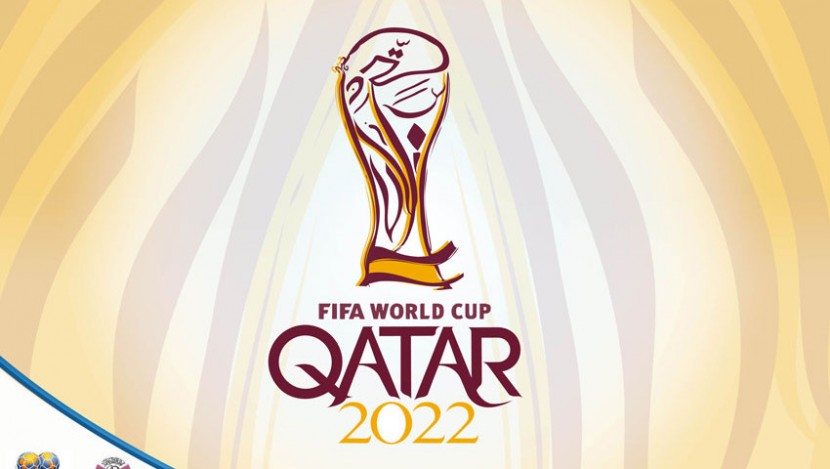 Take a tour of the offices of the Supreme Committee for Delivery & Legacy (SC) in the Qatari capital of Doha and you might notice their digital countdown clock. Last year, the SC, who are in charge of the 2022 World Cup preparations, marked the moment the clock showed seven years to go until kickoff on November 21, 2022. It was a symbolic moment that provided both a sense of excitement about what was to come and also a bit of wonder at how fast time has passed since Qatar surprised the world by winning the hosting rights. In the five years since that announcement, the SC has left no stone unturned in working towards ensuring a remarkable World Cup.

Part of the SC’s work in the past few years has been to engage with one of the World Cup’s most important components – its people. Apart from including and listening to local stakeholders in Qatar, the SC has also been active outside the country with innovative steps such as the youth-led Generation Amazing programme. In line with these steps, the SC has brought in fans from abroad to experience football in Qatar and give them a taste of how the World Cup in 2022 will be like.

In January 2016, the SC invited 5 ‘Super Fans’ of FC Bayern Munich from Germany, Saudi Arabia, India and China to attend the German team’s winter training camp in Doha. For the five lucky fans, this was an opportunity to get exclusive access to their heroes, in addition to getting a glimpse of what Qatar had to offer.

Ahdaaf.me had an opportunity to chat with one of the Super Fans – Vijay Bharadwaj, a 22-year old chartered accountancy student and die-hard Bayern supporter from Bengaluru, India. Six months after his visit to Qatar, Vijay reminisced about an experience that he will cherish for a lifetime. 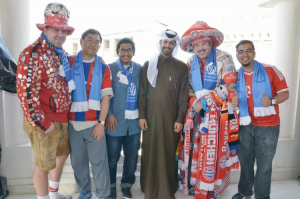 If there’s one thing that Vijay would select to thank for his good fortune, he would perhaps select the game of football itself. At home in India, he is one of the prominent members of the West Block Blues, the uber-passionate supporters’ group of his local team – Bengaluru FC. Away from home, he calls himself “a die hard fan of Germany since the 2006 FIFA World Cup and Bayern Munich since 2008.”

Being from a cricket-mad nation, Vijay started out with a passion for ‘the gentleman’s game’ before shifting his interests to ‘the beautiful game.’ And it was in football that he discovered his true love. “Football came at a later age to me than most of my peers because I used to watch more of cricket (which I’ve stopped now)  and lot of wrestling, which I still do now. But football has been an integral part of who I am since my teenage years. The beautiful game helped me get through a lot of tough times and I’m forever grateful to the sport for that.”

When Vijay’s passion for Bayern Munich took him to Qatar, it wasn’t just the thought of meeting his heroes that excited him. For him, it was a return to a region he considered a second home.

“I stayed in the Middle East for almost 12 years. I moved to Saudi Arabia and then later to Bahrain. It’s a very important part of who I am. Casually, at times, I tell people I’m half Arabian (chuckles) because that’s the impact the region has had on me.”

I ask him to describe his feelings when he was selected to be a part of the SC’s Super Fan initiative. “To put it in a single phrase –  on cloud nine! It’d be an understatement to say that I was in disbelief because until I received my tickets and itinerary for the trip, I refused to believe it. Even when my flight landed at Hamad International Airport, I pinched myself to ensure that I wasn’t dreaming. It just seemed too good to be true but it happened and I’m grateful to a lot of people, especially the folks at Sportskeeda and Supreme Committee for Delivery & Legacy for giving me this once in a lifetime opportunity and my brother who helped me win the contest organized,” says Vijay.

In total, five fans from around the world made the trip to Qatar to meet the Bayern Munich team. For Vijay, the SC is taking the right steps in engaging with global fans.“I can’t speak for efforts made locally since I’ve not seen the work put in towards that. But the initiative to reach out across the continent and outside of Asia is a big step towards ensuring the State of Qatar would be a welcoming destination to everyone,” he said. “During my trip, I had an opportunity to meet fellow Bayern Munich fans from Saudi Arabia, China and even Germany. So, you could say it’s a convergence of people from different countries towards a common love and destination of football.”

Once the Super Fans landed in Doha, they were taken to the opening game of the AFC U23 Championship between Qatar and China. As a Bengaluru FC fan, Vijay is used to thousands of fans attending on each matchday, making a lot of noise, having fun and supporting their team. When asked to compare that to what he saw in Qatar, he went into analysis mode.

“The (Qatar v China) game was on a weekday and the turnout was around approximately 6800 people, which in my view is a good number for a weekday. Well, there wasn’t any organized group of fans chanting for the Qatar NT but there was this one man, who went by the moniker of El Bombo, and he was as active what an ultra would be like throughout the whole match. Even when the team was trailing, he was leading the chants and riling the local fans up to back the team along with his drum. That single person reminded me of my fellow fans because that’s what we do as a collective unit, every matchday, week in and week out. I guess, a collective effort and organized group is the need of the hour for that.”

However, the AFCU23 game was an anomaly in the local scene as most games in Qatar and some neighbouring countries generally suffer from low attendances.

Vijay responds: “Some factors are there that can’t really be dealt with like the weather conditions. Middle Eastern countries usually have extreme conditions. Maybe even the stadia locations could be a reason for low attendances because that does play a key factor in getting people to the stands. Another thing in the same category could be the demographics as the number of expatriates in the Middle East is very high and from what I know they don’t follow the local football scene.” 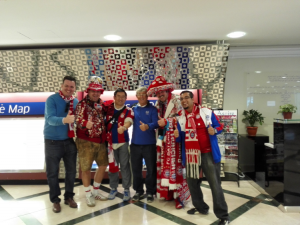 On a different note, if Qatar is found lacking in terms of attendances, it surely does not lack in infrastructure. Vijay saw it all up close at ASPIRE, Qatar state-of-the-art sports zone.

“I got a chance to tour of the facilities at ASPIRE. Honestly, I had no idea about what the ASPIRE academy was all about until I did some ground work when I received the itinerary of the trip. From what I had come across, I knew that it was a state of the art multi-sport training facility. It looked really impressive from the pictures online but when I actually got to see in person during the tour conducted by Bora Milutinovic (One of the only 2 men who’ve taken 5 different nations to the FIFA World Cup), only then did I actually realize what a marvel that facility truly is.”

Vijay waxed lyrical about what ASPIRE had to offer, including the indoor stadium, training pitches and the health & hospitality facilities. “For me, it is the best sports facility in the GCC territory and probably Asia from what I’ve read up and seen.”

Another prominent feature of the trip was meeting Nasser Al Khater, the Assistant Secretary General of the SC. Vijay recalled the interaction with Al-Khater: “Being a man of great stature, he is a very humble and amicable person whom I had the great pleasure of interacting with. During my chat with him, he mentioned two things that really caught my attention.”

Al-Khater told Vijay of two target markets that were identified in Asia, from which huge numbers are expected during the World Cup month in late 2022. The first was China and the second, to Vjiay’s delight, was India. “Another thing is that after the tournament ends, they plan to donate a sizable number of the bucket seats to be installed in each of the host stadiums, to other sports facilities, stadia in Asia which can’t afford the same. I found this extremely commendable and immediately made my appreciation towards the gesture and so did the rest of the lucky fans.”

Having seen the best of Qatari hospitality and a taste of its footballing side, Vijay now looks forward to making another visit – in 2022.

“I’m very excited (about 2022). I can actually plan for a trip since it isn’t in another continent and probably make another bucket list wish come true of watching Germany live (Insha Allah!)”

Does he think Qatar 2022 will be a success with the fans who are going to descend on the country? “It’s too early to even give a prediction, but the planning done so far is extensive. I think smaller details, such as dealing with different football fan cultures of different nations and other matters could decide a lot of it, more than anything else.”

For now, the World Cup in Qatar is shrouded in controversy. Allegations of human rights abuse have been circulating many years before a ball is even kicked.

Vijay is reluctant to say much about the issue as he contends that he does not enough information about the matter. But he does say this: “Every World Cup preparation faces such controversy. Even the recent one in Brazil 2 years back did. It became a topic of discussion but not as much as the 2022 WC preparations have. When you look at it from that point of view, I think it’s unfair to Qatar.” 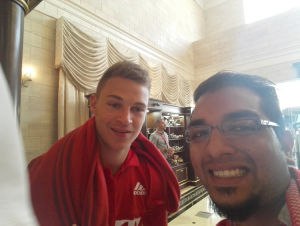 Vijay got to meet his Bayern Munich heroes during his Qatar trip. Here he is with upcoming German star Joshua Kimmich

At the end of our chat, Vijay looks back at the visit once again and expressed his immense feeling of elation at having got this opportunity. Having lived in the Gulf for almost half of his life, Vijay feels “visiting Qatar was like a homecoming of sorts.”

“I thoroughly enjoyed the warmth of the people over there. It’s definitely worth coming back to. I got to see my favourite Bayern Munich players up close and even grab a few pictures as well. And to top it off, a sneak peak at the plans for the 2022 World Cup. Can’t ask for much more than that.

It’s something I’m sure to tell my kids about.” 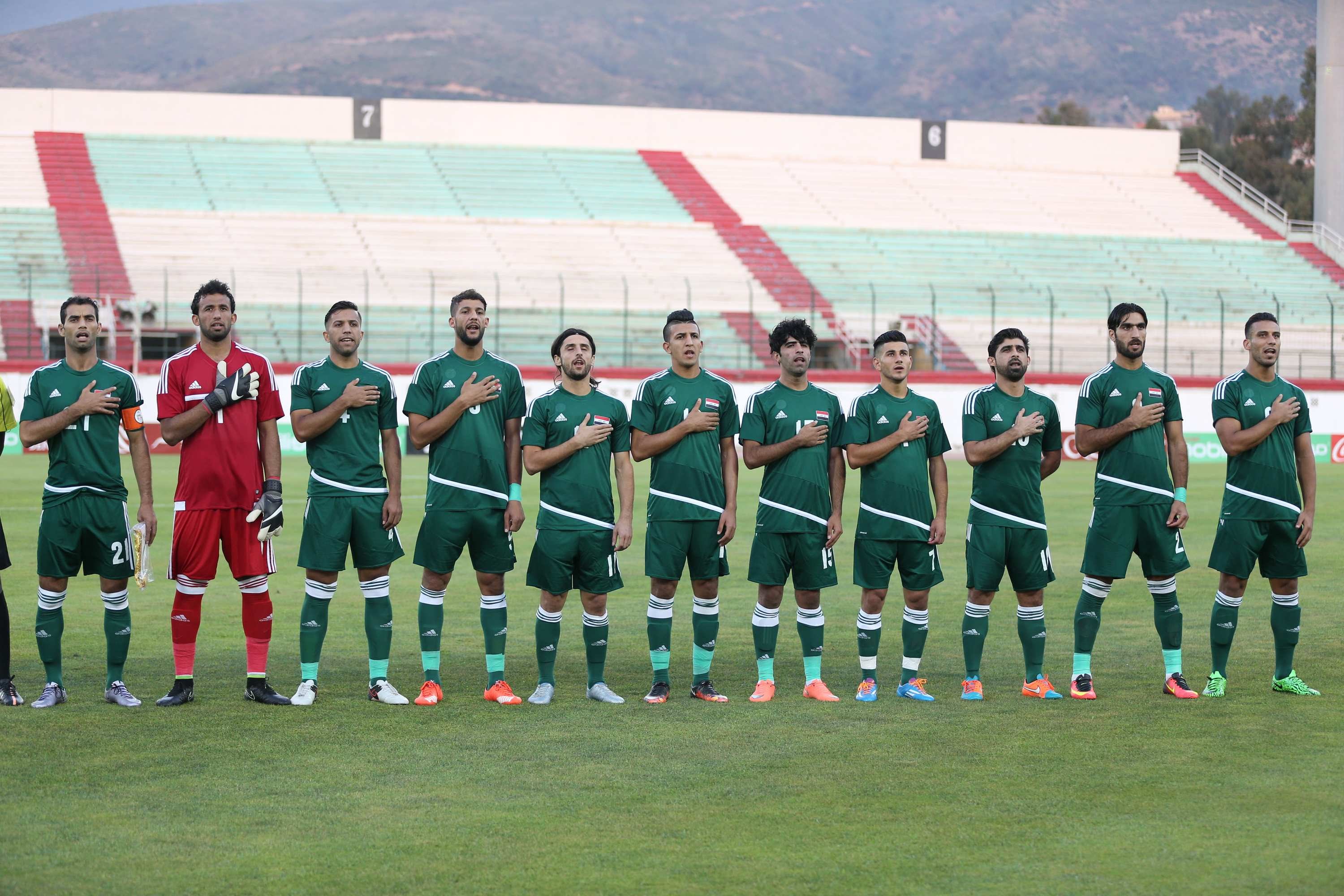 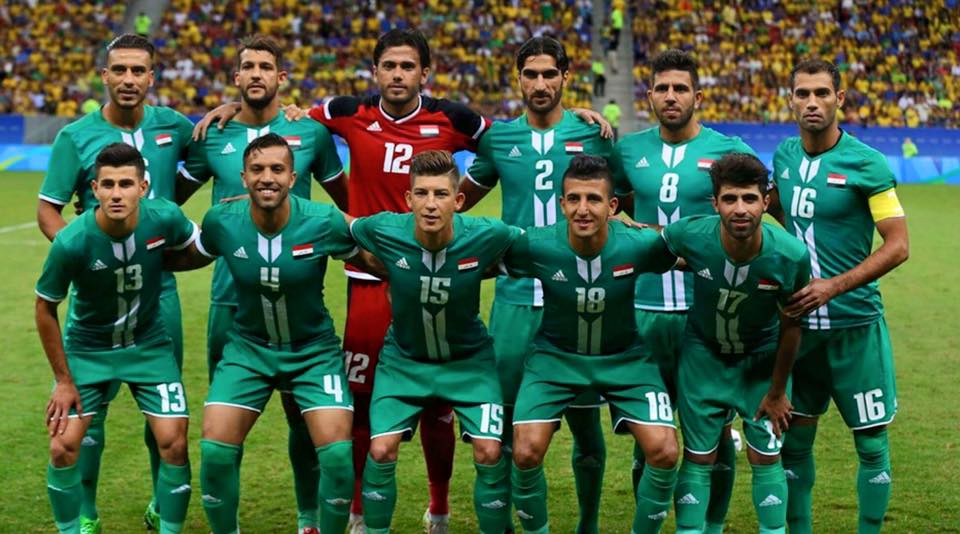 Next article - The world came to see Neymar but found Iraq »