LEGENDS OF ARABIA: A HISTORY OF FOREIGNERS IN QATAR, PART 2

2003 was the year the Qatar Football Association (QFA) tried to take a leaf out of Florentino Perez’s book. The QFA reportedly gave each club 10 million dollars to bring some of the world’s foremost footballers to Qatar, in order to raise the profile of the league and attract audiences. However, in contrast to Perez’s signings such as Zidane, Ronaldo and Beckham, the stars coming to Qatar were past their prime and nearing retirement. A horde of yesteryear stars on the wrong side of 30 descended on Qatar to benefit from huge paychecks, playing in a relaxed atmosphere in a league that was significantly less demanding compared to those of the old continent.

Although the project did not revolutionize Qatari football, it wasn’t a complete failure either, as many may think it was. In any case, it was a time of all the ups and downs – records, goals, suspensions and some memorable stories. Argentine legend Gabriel Batistuta finished his first season with Al-Arabi as top scorer with 25 goals, breaking Mansour Muftah’s long standing record of most goals scored in a season. Batigol’s record would only stand for four more years but his exploits at the Dream Team are still cherished by Al Arabi fans, who haven’t had much to celebrate ever since.

Current Bayern Munich coach Pep Guardiola may not have won anything during his two-year stay at Al-Ahli but he sure did leave his mark on the club. Guardiola played in the Al-Ahli midfield alongside his newfound friend Younes Ali who was then taking his first steps in Qatari football. The experience was a highly beneficial one for the young Qatari as he grew into one of the country’s top holding midfielders. Even after he left the club and became the world-renowned manager he is today, Guardiola has made sure to visit Al-Ahli on multiple occasions, sometimes with his family in tow, to rekindle the friendships and good memories. As for Younes Ali, he is now known as the Qatari Guardiola and says he receives occasional phone calls from his mentor!

Also among the group of Galacticos were a couple of World Cup champions – former France and Chelsea teammates Marcel Desailly and Frank Leboeuf. Both won league titles in Qatar: Leboeuf won it with Al-Sadd in 2003/04 while Desailly captained Al-Gharafa to the title in the following season. Former Bayern Munich star Mario Basler played a solitary season for Al-Rayyan, which was cut short by a six-match ban following a red card. I still remember the headline ‘QFA HIT BASLER FOR A SIX’ in a local newspaper!

Fernando Hierro, who was unceremoniously released from Real Madrid in 2003, also moved to Qatar. He won the Emir Cup with Rayyan in 2004 before doing something unusual for a foreigner in Qatar – make the move back to a top European league. At the age of 36, he moved to Premier League side Bolton Wanderers, becoming a fan favourite in his only season there.

The Dutch twins Frank and Ronald de Boer continued their practice of playing together at Ajax, Barcelona and Rangers when they both signed for Al-Rayyan in 2004. After a season without silverware, the two were released after which they made a rather surprising switch to lowly Al Shamal. Frank only played one season for the northern club, before leaving to take up coaching. On the other hand, Ronald became an Al Shamal legend by staying on for two more years, helping the club fight off relegation. By then he had grown to like life in Qatar, deciding to settle down in the emirate as a businessman and a media pundit. In 2009, Ronald was announced as an ambassador for the 2022 World Cup bid, alongside Batistuta.

When you think of the Qatari league in the 2000s, it is difficult not to remember the players from the Gulf who shone so brightly. It wouldn’t be wrong to say that some of the most consistent players from the 2004-2009 period came from neighbouring countries such as Oman, Bahrain and Iraq. Qatari clubs were able to attract the top players from these countries with better pay and a chance to rub shoulders with some famous players, in a league that seemed to be much better than their own ones. In fact, if you look at national team selections of these three countries from the same period, you’ll see that a huge proportion of those squads plied their trade in Qatar at some point in time. The Iraqi team that won the 2007 Asian Cup, the Bahraini team that almost qualified for the 2006 World Cup and the Omani team that won the 2009 Gulf Cup are all cases in point.

The Omani team at the 2009 Gulf Cup: all but two of the starting XI played in Qatar at some point in their careers

Among the most popular Omanis in Qatar was Emad al-Hosni. 2004 Gulf Cup top scorer Al-Hosni scored 38 goals over three years for Qatar SC (2005-08), and became one of the most sought after strikers in the region. However, despite his efforts, the black and yellow brigade failed to win any titles and he moved to ambitious Al Rayyan in 2008. To his horror, Rayyan ended up trophyless and to make it all worse, lost to Qatar SC in the Heir Apparent Cup final!

As for the Bahrainis, who can forget Salman Issa? He scored the famous goal against Trinidad and Tobago that made the country dream, albeit temporarily. At that time, he was in his debut season for Qatari club Al-Arabi. The World Cup disappointment did not put a dent in his performances and Salman became one of Al-Arabi’s most consistent players. His greatest quality was his undying spirit. He stayed for six years, rising to become captain and heart of the Dream Team.

When it comes to Iraqi players in the QSL, there is only one undisputed king – Younis Mahmoud. Nicknamed ‘As-Saffaah’ (The Bloodthirsty), the Iraqi legend’s thirst for goals was never ending and it fueled his excellent goalscoring record during a nine-year stay in Qatar. He first came to prominence in 2004 as a 21-year old at Al Khor, scoring 19 goals and leading them to third place in the league and their maiden Heir Apparent Cup title. During a league match against Al Shamal, Younis scored a whopping 6 goals – three in each half. In his second season with The Knights, he contributed 20 goals but Al-Khor failed to repeat the success of the previous year and he was lured away to local giants Al-Gharafa. It was there that he made a name for himself as one of Asia’s most fearsome strikers – winning title after title and becoming league top scorer on three occasions. In addition to his exploits on the pitch, Younis was a celebrity off it, especially noted for his candid interaction with the media and regular appearances on Al Kass TV’s Al Majlis talk show.

The players mentioned above are obviously not the only ones from their countries who attained star status in Qatari pitches. But to talk about each one of them here is difficult. And yet, not to mention them at all would be unfair. I can only recount some names off the top of my head – Fawzi Basheer, Bader al Maymani, Mohammed Rabia, Khalifa Ayel, Alaa Hubail, Mohammed Sayed Adnan, Nashat Akram, Qusay Munir. Here is a salute to all of them – mentioned or not – legends of the Gulf, legends of Qatar!

- Previous article « LEGENDS OF ARABIA: A HISTORY OF FOREIGNERS IN QATAR, PART 1 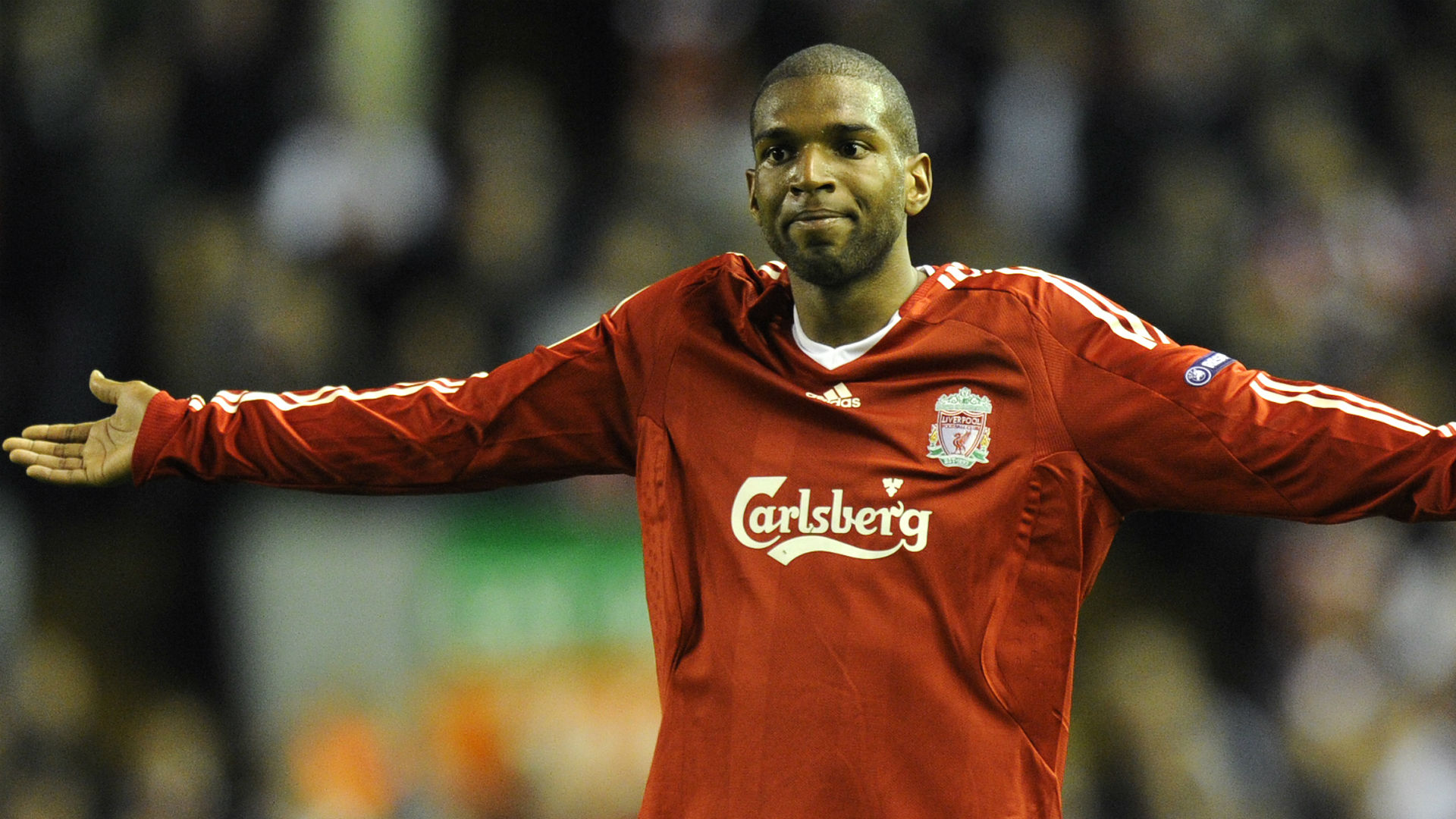 Next article - FRIDAY WITH… RYAN BABEL »