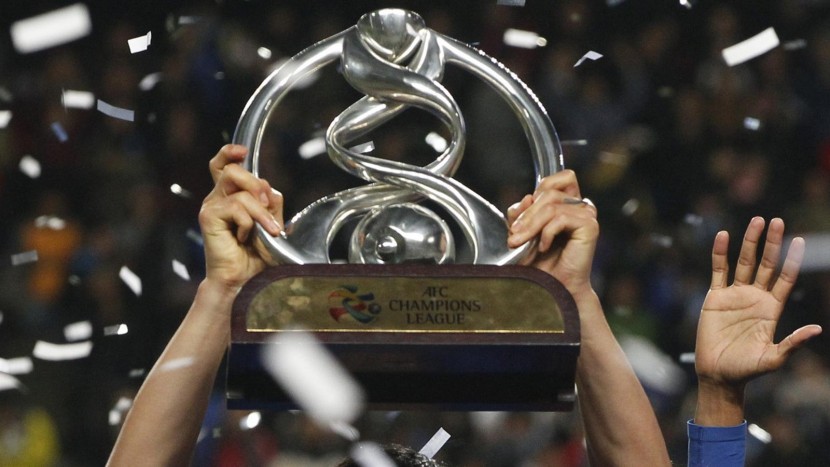 Answer: Al-Sadd from Qatar in 2011.
Question 1: Who were the last Middle Eastern team to win the AFC Champions League?Questions History:

Question 2: Who is the all times top goalscorer for Saudi Arabia National Team?

Question 3: Who is the only Omani player to have played in UEFA Cup?

Question 4: Which star of the 2015 Asian Cup, arguably the best player in the continent, traces his roots to Yemen?

Question 5: Which captain of his team scored the winning goal with a header in the 2007 AFC Asian Cup final?

A: Younis Mahmoud for Iraq vs Saudi.

Question 6: Which foreigner signed for Al-Ain in 2011, going on to break every single goalscoring record for foreigners in UAE Football history?

Question 7: Which player successfully became the top scorer of the Lebanese National Team in 2015, beating Wartan Ghazarian’s record of 19 goals?

Question 8: How many Ballon d’Or winners have played for Middle Eastern Clubs?

Question 9: Who was the first Iraqi footballer to play in UEFA Champions League group stage?

A: Hawar Mulla Mohammed for Anorthosis Famagusta FC of Cyprus

Question 10: Against which country did Iran get their only win in FIFA World Cup finals?

Question 11:Clubs from which Middle Eastern country have lifted the most AFC Cup trophies?

Question 12: Who were the two brothers who played for different Gulf national sides?

Question 13: Along with the likes of Paolo Maldini & Ryan Giggs, this Bahraini legend shares the title of the second longest one-club playing career in the history of football (24 seasons)? A: Hamoud Sultan

Question 15: Which Middle Eastern player won the Golden Ball at a FIFA U-17 World Cup and Asian Young Footballer of the Year in the same year?

Question 16: Which Emirati player was the first ever to play in the UEFA Champions League?

A: Hamed Al Kamali for Valetta FC from Malta.

Question 17: Which ME player has made the most appearances in the UEFA Champions League?

Question 18: In which year did Yemen make its only appearance at the AFC Asian Cup?

Question 19: Which Lebanese club set a Guinness World Record at one point?

Question 20: Saudi midfielder Saeed Al-Owairan scored a Maradona-esque goal in the 1994 world cup against Belgium. The Belgian GK in that game later managed the same club team Al-Owairan played for. Who was that GK/manager and what was the team? A: Michelle Preud’homme, Al Shabab

Question 21: Which was the last team to win the Kuwaiti League apart from Al-Qadsia and Kuwait SC? A: Al Arabi in 2001

Question 22: Who are the three Qatari players who have played in two Gulf Cup winning campaigns?

Question 24: In the past 30 years, which was the only club to break the Al Wehdat – Al Faisaly duopoly and win the Jordanian league?

Question 26: Which Middle Eastern club was originally founded as ‘Zamalek’ after the Egyptian giants? A: Al-Wasl.

Question 27: Teams from which Middle Eastern city have appeared in the most number of AFC Champions League/Asian Club Championship finals? A: Riyadh.

Question 28: Bahrain came very close to qualifying for the 2010 FIFA World Cup. Who missed the penalty against New Zealand that would have sent them through? A: Syed Mohammed Adnan

Question 28: Which Middle Eastern born striker is recognised as the highest international goalscorer in the World? A: Ali Daei

Question 30: Who holds the QSL record for most number of goals scored in a single league campaign? A: Clemerson of Al-Gharafa with 27 goals in 2007/08

Question 32: Who scored the first ever FIFA World Cup Goal for a Middle Eastern Nation? A: Iraj Danaeifard (Iran 1978).

Question 33: Which club is the oldest in the UAE? A: Al Nasr

Question 34: I spent most of my playing career in Serie A. I played in two Middle Eastern leagues and represented my country in 3 FIFA World Cups. Who am I? A: Mark Bresciano

Question 35: Who ended Ali Al-Habsi’s Gulf Cup hegemony as the recipient of the Best Goalkeeper award, exploiting his absence at the 2010 edition? A: Nawaf Al Khaldi

Question 36: Among current players, who is the longest serving foreigner at one club in the Arabian Gulf League?

Question 38: Who is the first and only Qatari footballer to score in the UEFA Cup? A: Hussein Yasser

Question 39: Who are the 3 Iraqi players to have appeared in 5 Gulf Cup tournaments? A: Mahdi Karim, Adnan Dirjal and Younis Mahmoud.

Question 40: I am a foreign striker, played for 4 clubs in 3 different Middle Eastern leagues. I topped the goalscorers in one league, but flopped miserably in another. Who am I and can you name the clubs I played for? A: Eder Luciano.

Question 41: Which two clubs face off in the “Derby of the Smiling Emirate”? A: Al Shaab and Sharjah.

Question 42: Who is the only Middle Eastern player to score in three FIFA World Cup competitions? A: Sami Al Jaber

Question 44: Who is the only non-Qatari to win the QSL top scorer award three times? A: Younis Mahmoud.

Question 45: Which club has won the most Hazfi Cups? Esteghlal FC

Question 46: Who coached Lebanon at the 2000 AFC Asian Cup? A: Josef Skoblar

Question 47: Which Emirati star won the Best Player Award at the FIFA World Youth Championship in 2003?

Question 48: Two players scored 5 goals for Saudi Arabia. Which club do they play for? Al Nassr.

Question 53: Who is the first ever Iraqi player to play in the Turkish League?

Question 54: Who is the only Emirati club to win AFC Champions League? Al-Ain

Question 55: Who’s the only Middle Easterner to become the Asian Footballer of the Year three times in a row? A: Majed Abdulla

Question 57: Which club sent the most players to the 1990 World Cup for the U.A.E National Team, boasting the nickname “The Kings”? A: Sharjah

Question 58: Who were the first Middle Eastern team ever to play in the FIFA Club World Cup?

Question 59: Which Middle Eastern country was the birthplace of the FIFA Confederations Cup and hosted the first edition of the competition? A: Saudi Arabia

Question 64:In April 2015, this striker broke the record for the most goals scored in all Kuwaiti competitions? A: Firas Al Khatib

Question 65: How many former Al-Hilal managers are coaching in the UAE’s Arabian Gulf League as of today? A: 3

Question 66: Who is the all time record goalscorer for the QSL (Started in 2008)?

Question 68: When was the last time the reigning Gulf Cup champions managed to progress from an Asian Cup group stage? A: Kuwait (2000)

Question 69: Who is the youngest player ever to play for KSA national team? (Ahmed Jamil Madani)

Question 70:  Who is Iran’s most capped international player? A: Javad Nekounam

Question 71: Which two clubs are by far the biggest in Lebanon? A: Al Ansar & Al Nejmeh

Question 72: Which Syrian footballer was offered a trial at Manchester City in 2004,but could not travel to England? A: Rafat Muhammad.

Question 74: Who were the first Emirati team win a FIFA Club World Cup match? A: Al-Wahda vs Hikari United (2010).

Question 75: Who is the only manager to ever win the AFC Asian Cup with two Middle Eastern national teams? A: Carlos Alberto Parreira (Kuwait & Saudi Arabia)

Question 76: Who is the all-time top scorer of the Jordan national football team? A: Hassan Abdelfattah

Question 77: Who holds the highest points record in the AGL in the PROFESSIONAL era (2008-09 and after)? A: Al-Ahli

Question 78: Which player scored a record 11 goals in one month for the Saudi National Team? A: Talal Al-Meshaal (February 2011)

Question 81: Who was the first European manager to win the league with Shabab Ordon? A: Florin Motroc.

Question 82: What is the only Gulf country where no team named Al-Ahli has played in the top tier in the past 5 years? A: Kuwait

Question 83: What is the Lebanese National Team’s unique nickname? A: The Cedars

Question 84: Who is the top goalscorer in the Tehran Derby? A: Safar Iranpak

Question 85: What is the only Emirate that has never had a team in the Arabian Gulf League? A: Umm Al-Quwain

Question 86: What is the only Gulf country that never had a club named after the country in the top division? Saudi Arabia.

Question 87:Who is the last Iranian footballer to win the Asian Player of the Year? A: Ali Karimi

Question 88: Which Qatari club was known as Ittihad until 2004 when it changed to its current name? A: Al-Gharrafa

Question 89: How many times have Qatar won the Gulf Cup? A: Three times

Question 90: I was the league’s top goal scorer, scored over a 100 goals for club & country, but my 1st headed goal only came at the age of 35. Who am I? A: Mohammed Al-Shalhoub. 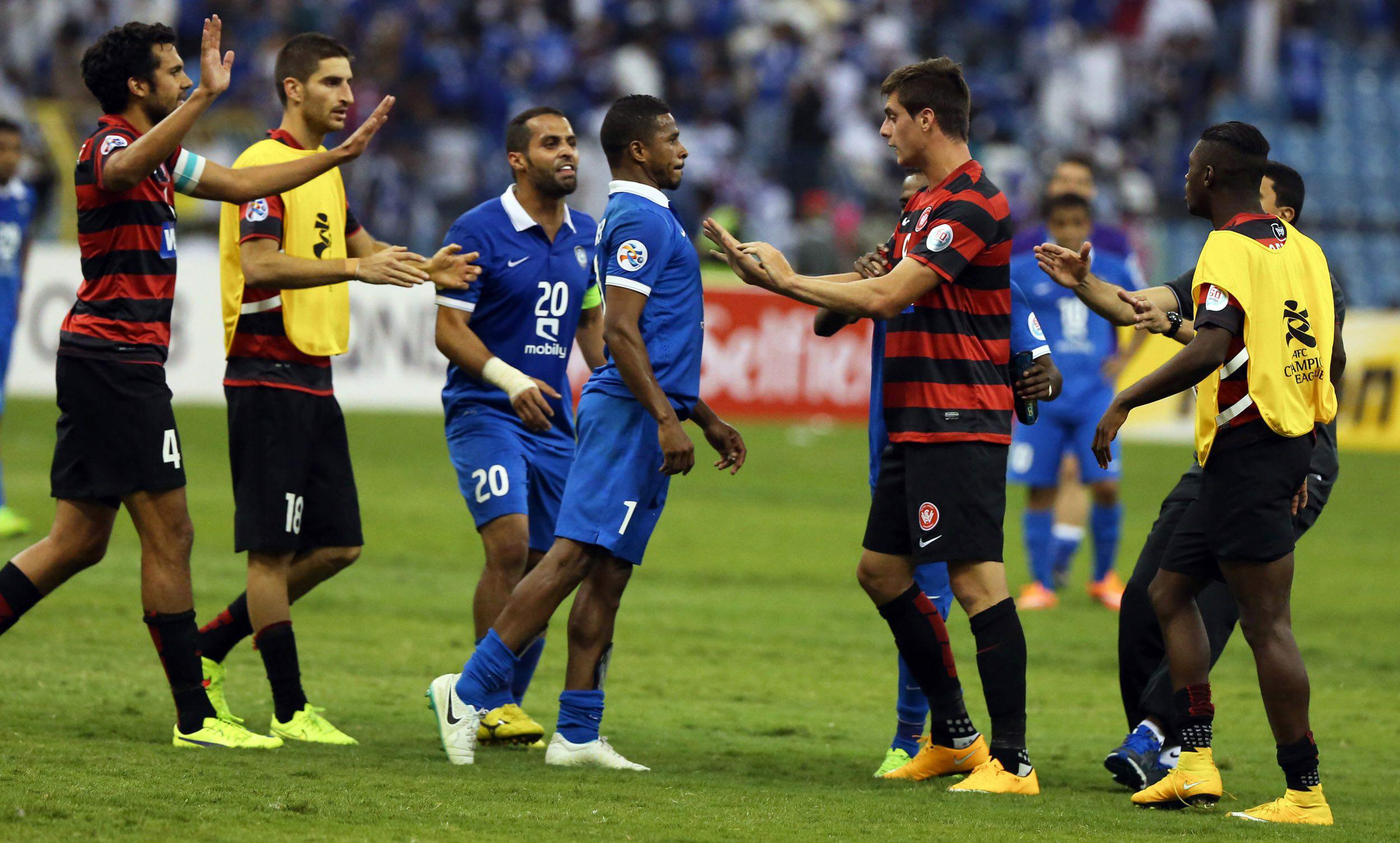 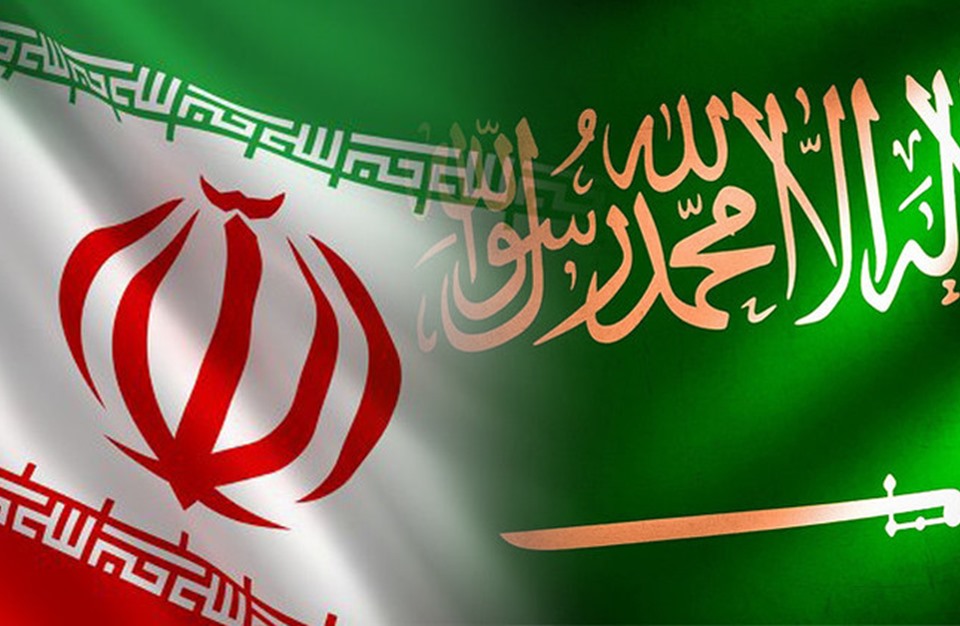 Next article - Saudi-Iranian Tensions and the AFC Champions League »