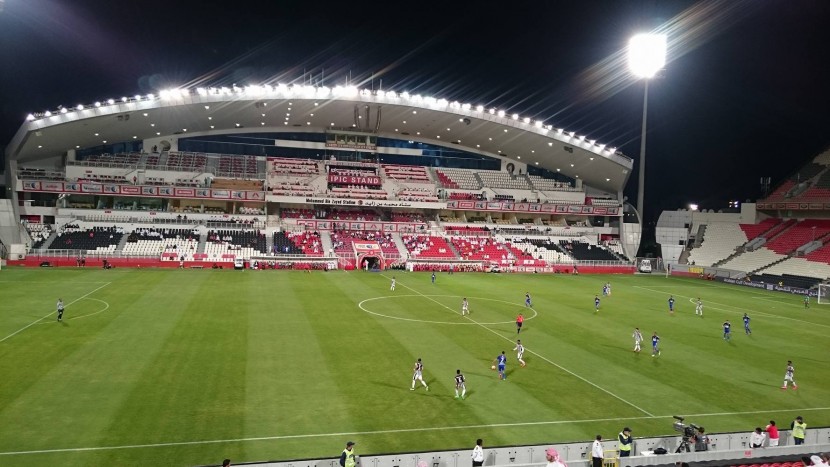 A Night At MBZ: Where Did The Fans Go?

It’s a cool Sunday night in the Emirati capital Abu Dhabi. A gentle breeze enters through the half-opened car window as I drive along 19th street towards the Mohammed Bin Zayed Stadium.

Earlier in the day, I checked today’s fixtures in the Arabian Gulf League and found myself spoiled for choice as three matches take place within a radius of 20 kilometres from my home. Al-Wahda, Al-Jazira and Baniyas are all playing at home this week, a rare coincidence. Partly driven by the lack of any worthy European league games that day on TV, I decide to get a dose of live local football. This time, I tell myself, I’m not going into the media box as usual. Rather, I will wear the hat of the average Abu Dhabian fan spending an evening out enjoying a home game. Convenience and a certain affection to the MBZ stadium meant that my pick for the night was to watch midtable Al-Jazira host Dubai based Al-Nasr who are fighting for a Champions League spot. Far from being the pinnacle of local football, this is a real embodiment of an ordinary league match. 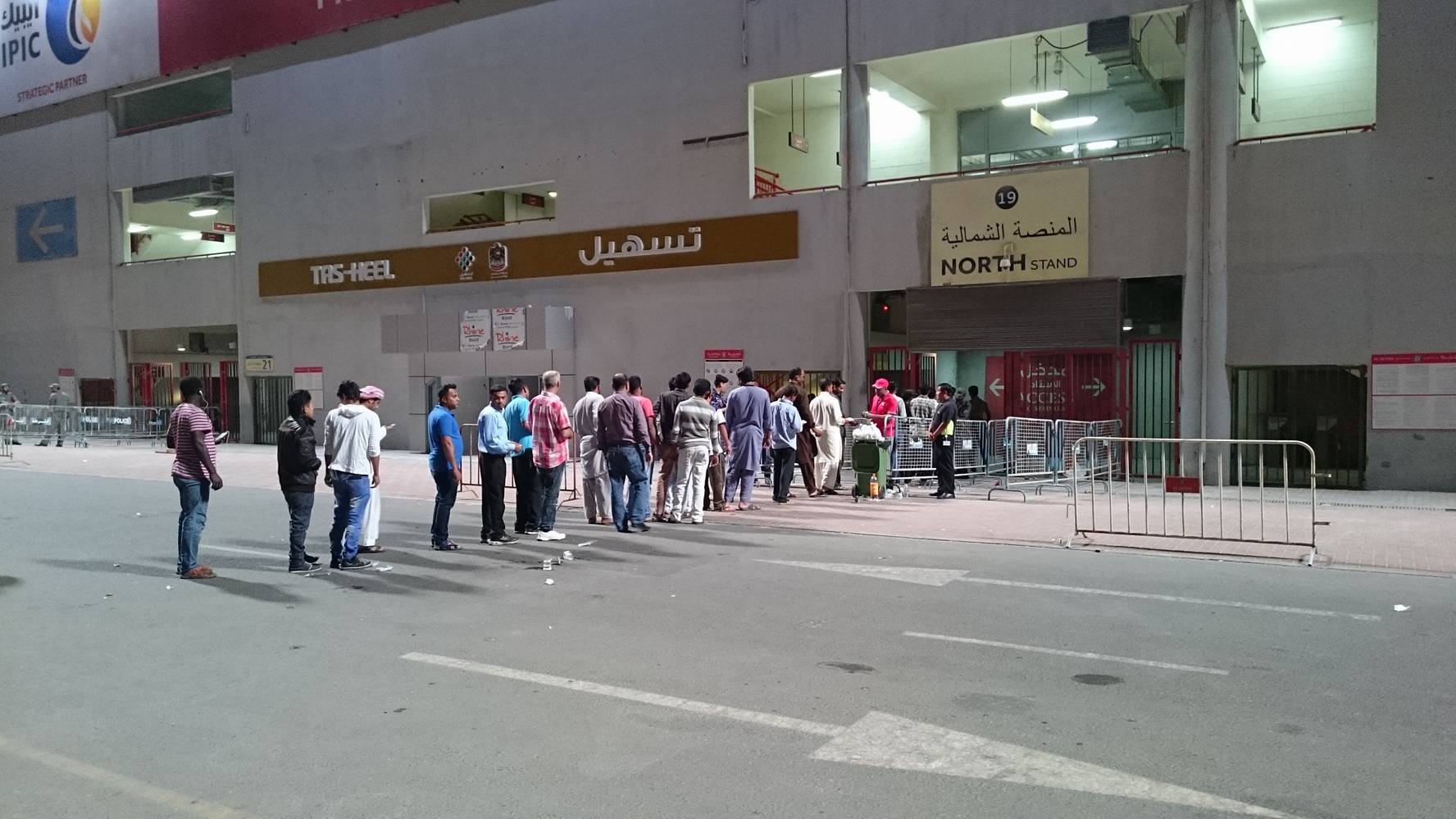 “Fans” queue to enter the “Borealis Stand” at MBZ Stadium

15 minutes ahead of kick-off, I arrive to a fairly empty carpark just outside the capital’s most modern stadium. Think of a typical European football night; fans are arriving into the game in groups, walking to the stadium from the nearby train station, donning their team colours and holding scarves they probably bought just outside the stadium. Now, completely delete this thought off your head. There are no trains in Abu Dhabi. Few locals, all men in their 20s and 30s, are arriving around the same time; disembarking off their 4x4s and Porsches, smartly dressed in Kanduras, many of them wrapping traditional Hamdaniyas around their heads. One or two are snapchatting their way into the gate. I leave my media pass in my back pocket, just in case, and head to the ticket box. There is no queue; no questions asked, the Arab expat manning the counter casually hands me a ticket and gets back to his WhatsApp conversation as a smile returns to his face. I almost feel apologetic for interrupting his online amusement!

The ticket category reads 10 Dirhams but I need not to worry about that. At least, I bothered to come with no one paying me for it. I navigate a line of Indian & Pakistani blue-collar workers being brought in yellow school buses to watch the game, some of them seem pleased to be here in this lovely late November evening, a few others clearly would have rather liked to be in their beds recovering from a long day of manual labour or even watching cricket instead of football. Five minutes later, I’m making my way up the “Borealis stand”, the northern stand at MBZ stadium is named after Europe’s second largest polymers manufacturer, partially owned by Abu Dhabi government and one of the main sponsors of Al Jazira FC. 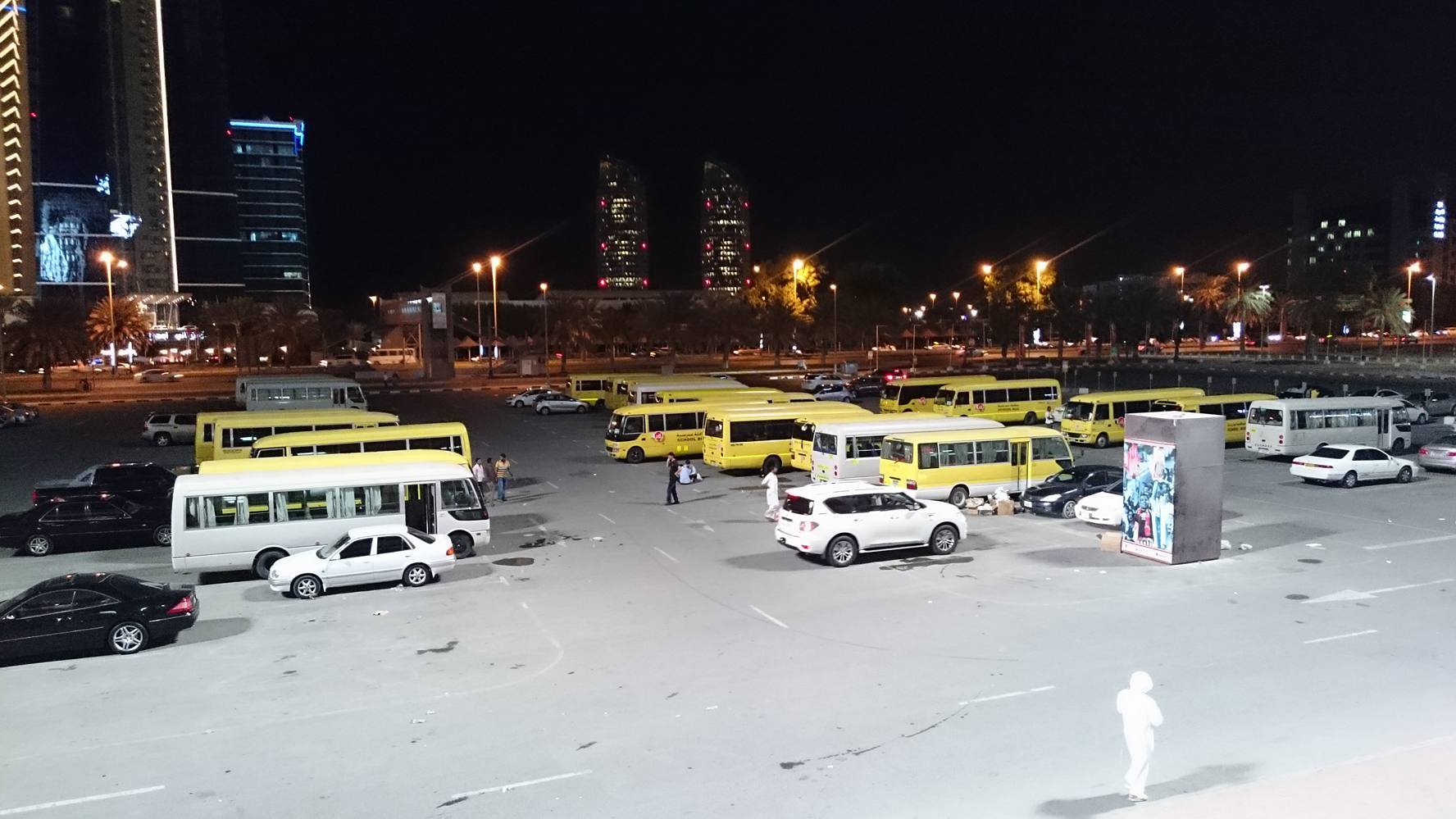 There are roughly a thousand fans in the stand. A group of school age local kids in the first few rows and the workers I just came across filled up the remaining seats. The crowd is led by two local lead singers; one banging on a drum and the other shouting into a megaphone a generic “Alayhom..Alayhom”, a marching chant that could be heard in any pitch across the Middle East. You can’t tell which team are they supporting, and for what it’s worth many of the “fans” present don’t know either.

The locals take their seats away from this central “loud” crowd, after all there are plenty of seats to choose from in this 42,000 all seater stadium. I snap a few pictures then make my way up to the top row. I spot three Caucasian men seemingly enjoying the game, being the unusual sight it is in this part of the world, curiosity gets the best of me and I head to have a conversation with them. Richard greets me with a distinctive Scouse accent, he lives in Abu Dhabi and frequents Al-Jazira’s home games. He finds joy in analysing the tactics and discovering players he might have come across in Europe in the past, he points at Al-Nasr’s Chilean attacker Luis Jimenez, “This lad played for West Ham, didn’t he?”, exclaims Richard, joyed to share his most recent discovery in the Arabian Gulf League. I nod in agreement and exchange a few remarks with Richard about the state of local football and Al-Jazira’s chaotic tactics under manager Abel Braga. “It’s League One or maybe League two level”, he declares. This evening, Richard is accompanied by his brother and their father, both of which are visiting from the UK. “My father is a York City fan”, he introduces me to his old man. The trio are enjoying boys night out watching football in this pleasant weather. “Would you say the lack of beer is a deterrence to attending local football games here?” I ask, driven by a remark recently spelt to a colleague by a member of the league’s organizing committee, the PLC. Richard seems baffled by this notion as he responds: “Not really, I wasn’t expecting it to be available anyway!” I shake hands with the boys from Liverpool and take a seat elsewhere to watch as the 2015 Asian Cup’s top goalscorer Ali Mabkhout singlehandedly overturned a 2-0 first half deficit to bring the hosts level. His heroics would go in vain as former Villarreal & Lyon starlet Nilmar delivers a second half winner for the visitors.

The travelling fans are restricted to a tiny area at the corner of the stadium.

The few hundred travelling fans cornered in an enclosed section of the “Arabtec Stand” are now louder than the home crowd as many of the locals start leaving with their team trailing 10 minutes to the final whistle. By the time the electronic board announced 3,820 fans in attendance, half of them were already gone. Gate receipts are non-existent since tickets go for free, but Al-Jazira don’t care. They have the backing of Abu Dhabi owned International Petroleum Investments Company (IPIC), most recently in the news for agreeing a $25 million dollar deal for the naming rights of Real Madrid’s Santiago Bernabeu Stadium. This support enables them to attract players in the mould of Mirko Vucinic, Jefferson Farfan and Manuel Lanzini (currently on loan at West Ham). Incidentally, I arrive home that night to watch highlights of West Ham’s 4-1 demolition by Spurs where the Argentine helped himself to a fourth Premier League goal this season to further raise his stock in England. Al-Jazira look sure to make a profit on their $10m investment in the South American youngster with Jurgen Klopp’s Liverpool the latest to be associated with Al-Jazira’s talisman.

“The pride of Abu Dhabi” may be one of the most financially stable clubs in the world, but will their financial strength ever succeed in bringing real fans? Many clubs across the country are asking themselves the same question and unless fundamental changes are made, it’s not looking likely in the near future. 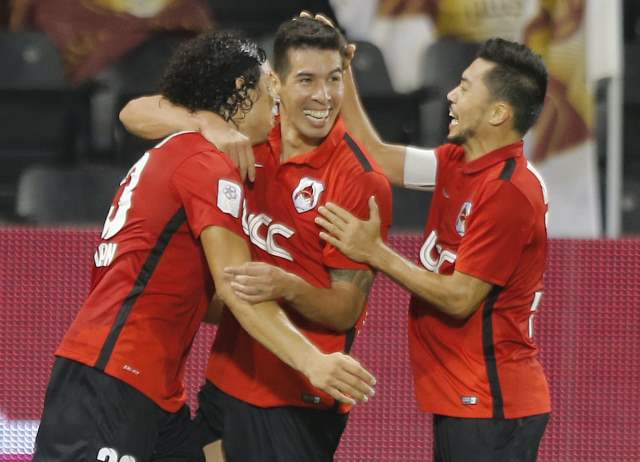 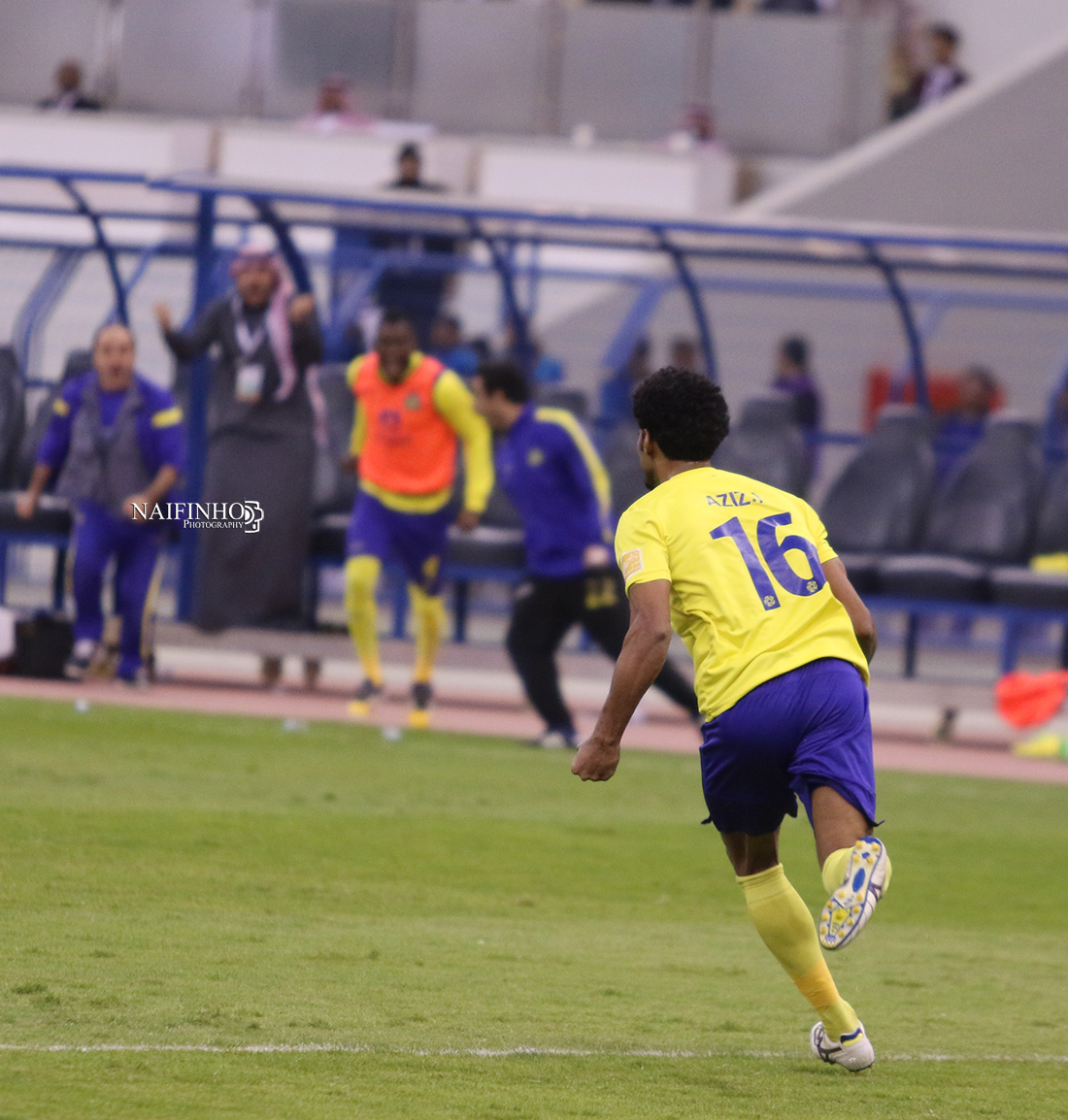 Next article - Talking Points: Around the Middle East (December 10-15) »