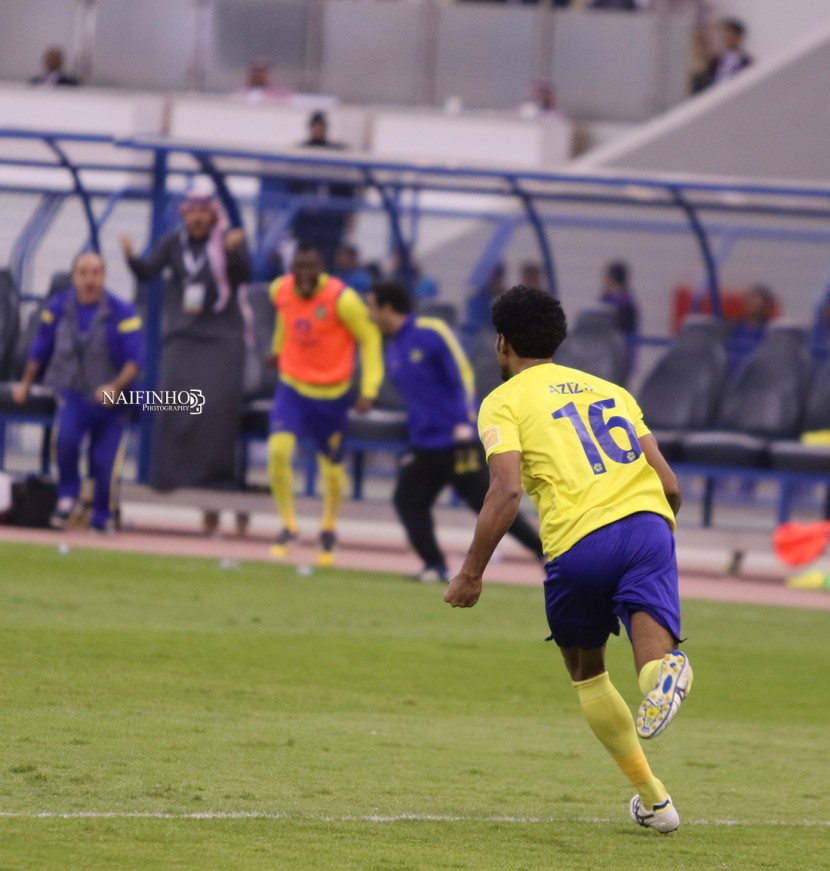 In one of the 4 Saudi Clasicos, struggling Al-Nassr under recently appointed Italian manager Fabio Cannavaro faced the gritty task of Al-Ittihad and their large away fan base. While the latter aren’t in any better situation, they await the arrival of former manager Victor Piturca to take over the reins once again.

A drab encounter ended 0-0 at half time, before the tactically astute Al-Nassr deservedly took the 3 points from Al-Ittihad. Ahmad Al-Fraidi came on as a substitute and was one of the scorers in the match, taking a few touches before scoring his first goal in over 6 months without competitive football. 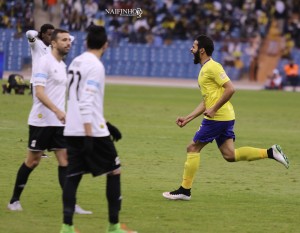 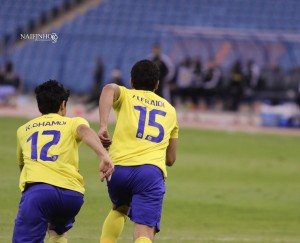 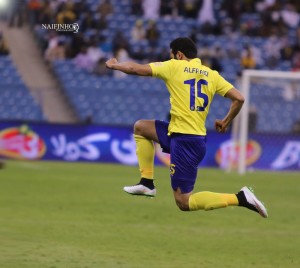 A drubbing by all means from the “Alami” (worldwide) as they scored 3 in 15 minutes to ensure the silencing of one of the biggest fan bases in Asian football. It’s only time before this Al-Nassr team starts clicking to a larger extent, but Al-Hilal and Al-Ahli, both of whom grabbed the 3 points in their respective matches against Hajer and Al-Faisaly, are miles ahead in terms of preparation and depth. Toe-to-toe at the top of the table, both Al-Hilal and Al-Ahli have to make sure of no slip-ups in their title runs.

It’s been a week of shocks in Qatari football as Round 13 of the QSL saw three of Qatar’s traditional bigwigs – Al-Sadd, Al-Arabi and Al-Gharafa – lose to lower ranked opposition. Recently impressive Umm Salal were also upstaged by a spirited Al-Kharaitiyat side. 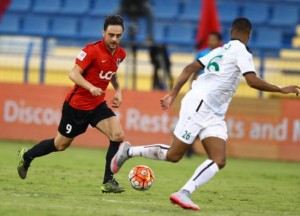 But amidst all the surprises, it was business as usual for leaders Al-Rayyan, who dispatched Al-Ahli 3-1 to bounce back from the minor blip that was the defeat to Al-Sadd in the Clasico. Captain Rodrigo Tabata took his goals tally to 13 and led from the front as the Lions finished the 1st phase as deserved Winter Champions with a 10-point lead. The title is surely theirs to lose. 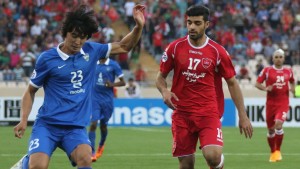 In the meantime, Mehdi Taremi has finally lost his spot as top goalscorer in the PGPL after Beitsaei scored 2 goals against Padideh. Taremi has been on the end of significant social media abuse by his fans due to his lackluster finishing that is often magnificent with the Iranian National Team. However, the main issue is the fact that after 14 weeks of PGPL football, the top scorer – Beitsaei – has a mere 8 goals to his name.

Finally, it’s Igor Stimac’s Sepahan. The current league holders haven’t seen any joy since the departure of title winner Hossein Faraki, and are now behind in the title race. A 0-0 draw with relegation battlers Rah Ahan was in no way a good place to continue after the Hazfi Cup exit to Isfahan rivals Zob Ahan. The Asian Champions League group stages quickly approach, and Sepahan will be dreading the catch-up game…

The Lebanese FA slapped a 6-match ban on Sagesse goalkeeper Nazih Tai, after a fight transpired in injury time during a match between Sagesse and Salam Zgharta. A 90th minute equaliser for Salam Zgharta resulted in the following, embarrassing incident:

That’s only the beginning, as the hotly anticipated match between Nejmeh and Nabi Chit resulted in Akram Moghrabi – Nejmeh’s striker – losing 2 phones and his wallet as a result of the changing room doors being unlocked thus allowing fans to enter without permission of anyone.

Moreover, while the players of both teams were communicating with their respective coaches at half time, the referees to informed them to stay indoors. The players questioned the main referee, asking him why, before referee Hadi Salameh claimed that there were men with guns outside and shooting at fans. One fan did get shot in the head, unfortunately…

Nabi Chit club were fined 2,000,000 Lebanese Pounds ($1,300) in the process, a number that is usually a fortune to Lebanese clubs. This is all happening when Nejmeh fans were supposedly banned from the stadiums. What could possibly make this week worse?

Al-Ansar fans allegedly chanted detained Ahmad Al-Assir’s name during their match against Racing, in what could be pinpointed as a satirical sectarian chant. With Sunni-Shia chants on the rise once again – Nejmeh fans chanted “What on earth?! What on earth?! The Shia have taken over the city of Sidon!” a few weeks ago – it is important to question the goals of the LFA. Fans are out of control, no security is provided at stadiums and the league continues to be marred by sectarian conflict…

It’s time for foreign referees to make their way to another Arabian League, this time the Emirati League. Or so fans say. A large portion of the footballing fan base in the UAE are angered with Youssef Al-Serkal’s insistence on holding out with local referees, but mistakes here and there are getting on the nerves of everyone – including managers. 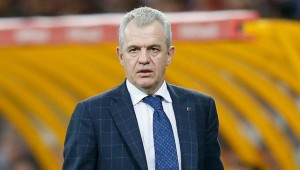 Javier Aguirre was fined and banned for his actions towards referees.

Javier Aguirre was the latest staff member to be on the end of a ban, after attacking the assistant referee against Al-Wasl in a dreadful match refereeing-wise. While Al-Wasl did end up winning the match, they also had their own set of problems. 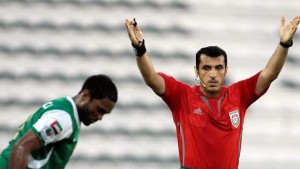 Al-Ain were also scrutinized by fans across the nation, after the referee gave away a penalty against Al-Shaab. The only issue in this case being that the Al-Shaab defender who handled the ball, was completely outside of his own box. Unfortunately, referees have had trouble with those incidents consistently.

Finally, in the Dubai Derby between Al-Ahli and Al-Nasr, a very dubious first opening goal to the Red Knights was given despite the ball not clearly or fully crossing the line. To add more pain to the incident, Al-Nasr were denied a goal thanks to the assistant referee’s flag. The linesman insisted that Pitroipa was offside, despite replays showing the opposite.

It was only time before local manager Khaled Taj would have his head called for during the proceedings of the VIVA Bahrain League. In this 10-team league, a win or a loss could see a change in as many as 4 places on the league table. Muharraq now drop to 5th after losing to the capital’s main club, Manama.

Manama were delighted with the return of legendary Bahrain striker Alaa Hubail for the 2015/16 season, but Hubail has one goal to his name after 7 game weeks. Boasting the only foreign manager in the league at the time, Miguel Olmo Forte hailed from Spain to take the capital’s club into the top spots. However, a thrashing to newly promoted Al-Ahli resulted in the immediate termination of Forte’s contract.

5 games later and young manager Ismaeel Karami failed to inject any winning mindset into a side that lacked quality all round. Subsequently, the appointment of Tunisian manager Chokri Bejaoui came a few days before the encounter with Muharraq – which Manama were bound to lose – and the Tunisian tactician successfully ruined Muharraq’s night. 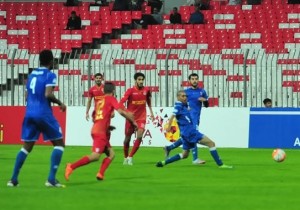 After the departure of Iraqi striker Mustafa Kareem from the team’s ranks, Nigerian Efosa, Algerian Karim Boutadjine and Syrian Hamdi Al-Masri are all set to make their way out of Muharraq in January. Manama, on the other hand, are getting stronger thanks to the arrival of Chokri Bejaoui.

After Youssef Kareem, a board member at Al-Jahra, attacked a referee due to a couple of dubious decisions, he has finally come out and apologized – resigning from his role in the process. A very dark day in Kuwaiti football, in what has actually been the perfect way to end a tormenting year; with a moment that tops all of the bad things going on in Kuwaiti football.

During extra time in the Crown Prince Cup quarter finals, Al-Jahra and Khaitan’s players, managers, board members alongside the referees engaged in a brawl that spilled over the rest of the pitch. An embarrassing day for Kuwaiti football, but after the suspension from FIFA, Kuwaiti fans had little to cheer in the year of 2015.

Despite only starting on November 27, 7 game weeks have passed in the 2015/16 edition of Syrian Premier League Football. That’s right, despite war, threats and so much more, the Syrian FA have successfully accommodated the Syrian PL whose clubs continue to impress on the Asian stage after a quarter final appearance by Al-Jaish in the 2015 AFC Cup.

Rafat Mohammad’s Al-Wahda sit top of Group 2 with a 100% record, followed closely by Al-Shorta and Al-Ittihad of Aleppo. Meanwhile in Group 1, Al-Jaish are predictably dominating the group 4 points ahead of challengers Al-Majd and Al-Karama. Both Al-Majd and Al-Karama are good contenders for the top spots but are not quite there yet in terms of title contention.

It is Al-Wahda who have done a whole deal of good with their team, with Osama Aomry arguably the best player in the team – holding everything together from midfield to attack. Raja Rafe has been banging in the goal for Al-Wahda as usual, which is how he earned the title as the 2nd top scorer in Syrian League football history. 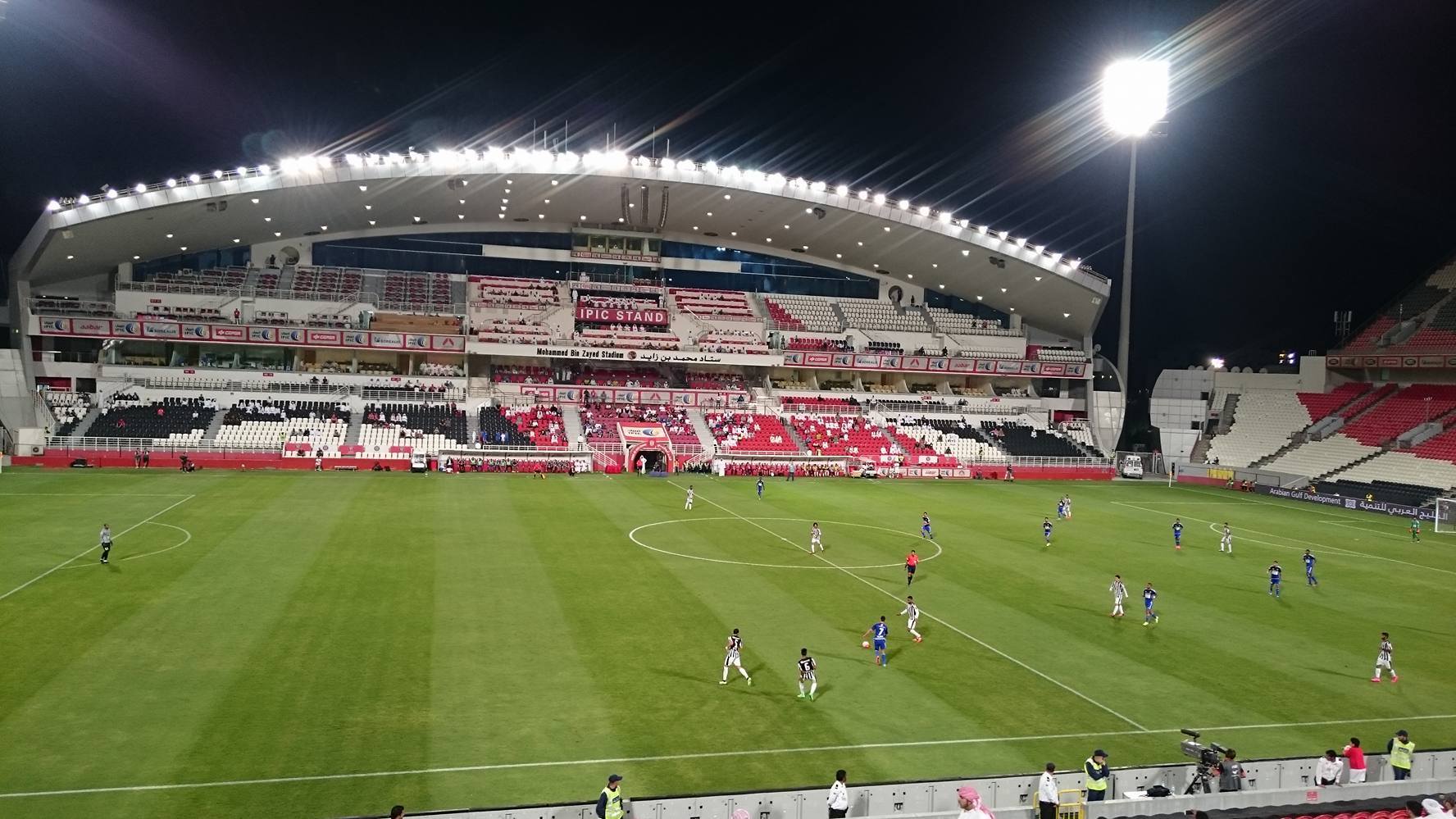 - Previous article « A Night At MBZ: Where Did The Fans Go? 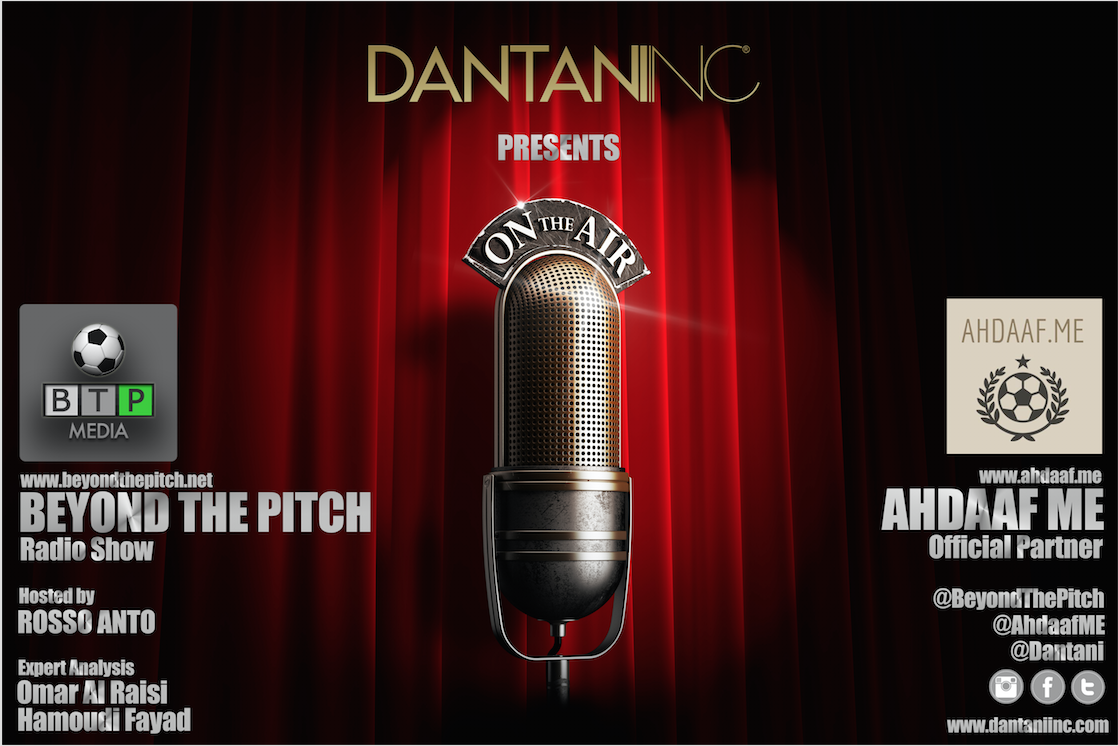 Next article - BEYOND THE PITCH PODCAST – MIDDLE EASTERN FOOTBALL »