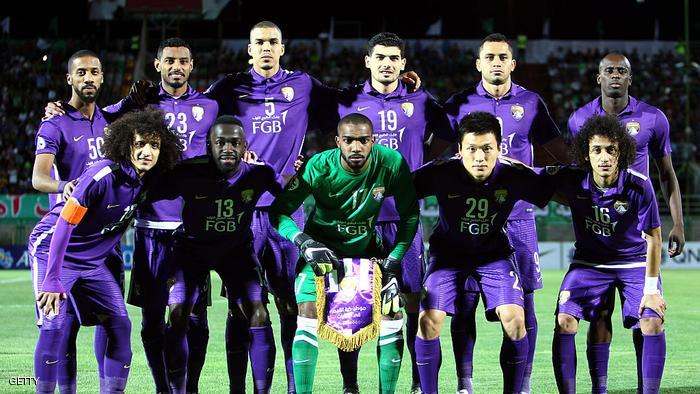 Al-Ain of United Arab Emirates represent West Asia in the 2016 AFC Champions League Final against South Korea’s Jeonbuk. Hamoudi Fayad gives you the lowdown on Al-Ain’s road to the final and what to expect ahead of the match.

The ‘Zaeem’ (boss) of Emirati football, Al-Ain, is the most successful club in Emirati football; the only club in the country to don ‘2 stars’ on their t-shirt due to the new UAEFA rule which states that Emirati sides must wear a star for every 5 league titles they win. Their unique colour of purple stands out and strengthens their identity as a special club. Their fans are also called “half of the population” from how (relatively) big they are.

Al-Ain are currently in the final for the first time since they lost to Saudi side Al-Ittihad in 2005 while they seek a second title win after they beat BEC Tero Sasana in 2002 thanks to likes of Mohammad Omar and Farhad Majidi. The dream has returned for “half of the population”.

The irony is that Al-Ain have reached this stage with a manager who has separated opinion like never before: Zlatko Dalic. None of Walter Zenga, Tite, Cosmin Olaroiu, Jorge Fossati or Quique Flores were able to steer Al-Ain to AFC Champions League glory. Dalic, meanwhile, has led Al-Ain to a semi-final (2014) and final (2016) in the space of 3 years. For all the work Dalic has done, he is very much underappreciated and was saved from his job during the summer thanks to an emergency sacking of the then-current board!

Omar Abdulrahman: Does this really need any justification? The Emirati maestro – who has recently become extremely important to club and country by playing as a roaming playmaker – just doesn’t stop and has recently developed his goalscoring, mainly from free-kicks. Many are wondering whether this will be the final stop for Amoory before he moves to Europe, as it is the only title he hasn’t won yet.

Lee Myung-Joo: Many people underestimate the exploits of Lee Myung-Joo in central midfield, his positional ability is unmatched in the nation and his South Korean mentality brought a lot more to the Al-Ain midfield than any other South American did in recent years. A general pattern emerges with South Korean footballers in the UAE; all of them are hard-working. Lee leads this pack of players.

For a preview of Jeonbuk, go ahead and read The Tavern’s excellent preview on the South Korean side here

Khaled Eisa: The goalkeeper, nicknamed “the voracious lion”, could easily see himself in the top 3 bracket of UAE players in 2016 after Omar Abdulrahman and Ali Mabkhout. The best goalkeeper in the country in terms of ball-playing ability, Eisa’s magnificent reflexes and diving abilities allow him to play in goal with complete confidence.

Road to the Final

Had you asked me if Al-Ain were going to make the second round of this year’s Asian Champions League two games in, I would have laughed. Two consecutive losses to a mediocre El-Jaish side saw them looking at their coming games with Al-Ahli Jeddah as do or die. Which, thanks to Amoory, became “do”. Al-Ain followed up a disastrous start with two wins against Al-Ahli, leaving them on 6 points before meeting Nasaf Qarshi. A draw in Qarshi meant a win was the only way they could confirm qualification status to the round of 16: and win they did. A goal from each of Danillo Asprilla and Ismail Ahmed helped them cruise to the next round despite Al-Ahli Jeddah’s thrashing of El-Jaish in Qatar.

Al-Ain were met with a fairly intermediate test in Zob Ahan in the next round. However, the start of the match indicated the Iranian side’s grit and resilience which saw them hold out a 1-1 draw in Al-Ain. The ‘Zaeem’ and its fans were left scared; partially because of the scoreline but more so from what they believe is Dalic’s incompetence. Yet again, after drawing 1-1 in the first game Al-Ain would snatch the all important win with a 2-0 scoreline.

Another Uzbek side would meet the ‘Zaeem’ but this time in the form of Lokomotiv Tashkent who were no pushovers. A fantastic defensive performance in Al-Ain shut out the likes of Douglas, Danillo Asprilla and Omar Abdulrahman. Surprisingly, Lokomotiv looked lackluster in Tashkent and succumbed to a 1-0 loss thanks to new signing Caio Fernandes’ brilliant run. Al-Ain were slowly getting back into form.

On the other side was UAE outfit Al-Nasr. They had beaten El-Jaish 3-0 away from home but the game was overturned 3-0 in favour of El-Jaish because of Al-Nasr striker Wanderley’s fake Indonesian passport. Dreams of an all-UAE semi-final were dashed as Al-Nasr failed to catch up with the 3-0 deficit in the second leg.

Yet the same vigour remained for Al-Ain. They would now face El-Jaish, the team who rooted them to the bottom of the group at the start of the 2016 campaign. Moreover, Al-Ain were “doing a favour” for their fellow UAE side Al-Nasr. The result? Complete dominance in the first leg, where they won 3-1 and a great second-half battle in the second where they drew 2-2 thanks to brothers Omar and Mohammad Abdulrahman.

Al-Ain often play with a 4-2-3-1 formation with Omar Abdulrahman behind the striker or on the right hand side. Douglas is the main striker and Caio takes up the left hand side but it is Danillo Asprilla’s role that is the most tactically interesting with his pace and flair proving vital to the side on many occasions.

Amer Abdulrahman and Lee Myung-Joo protect the centre of the pitch and help the side progress in the build-up play. Meanwhile an interesting application of the “inverted full back” the Pep Guardiola oh so loves has been done on a consistent basis ever since the end of last season with the right back: Mohammad Ahmed or Fawzi Fayez.

I spoke previously of Omar Abdulrahman’s roaming playmaker role. Despite being stationed in attacking midfield, Amoory has a tendency to drop near the defenders and send magnificent long passes over the top for Douglas to hold up or Asprilla to run onto. Many have disliked this move because it prevents Amoory from excelling in the middle and final third, but it has been successful up until now.

Meanwhile in the defensive phase, Al-Ain are quite passive as Dalic likes to keep the side more compact. The only issue is the players in the system as they fail to keep the spaces between the lines as small as possible and opponents can usually find joy by playing on either flank to exploit the space left by the winger.