Both teams set up in the predicted line up they would be in. The roles were, however, slightly different to what was expected possibly to battle the opponent’s strength or alleviate their own weaknesses. 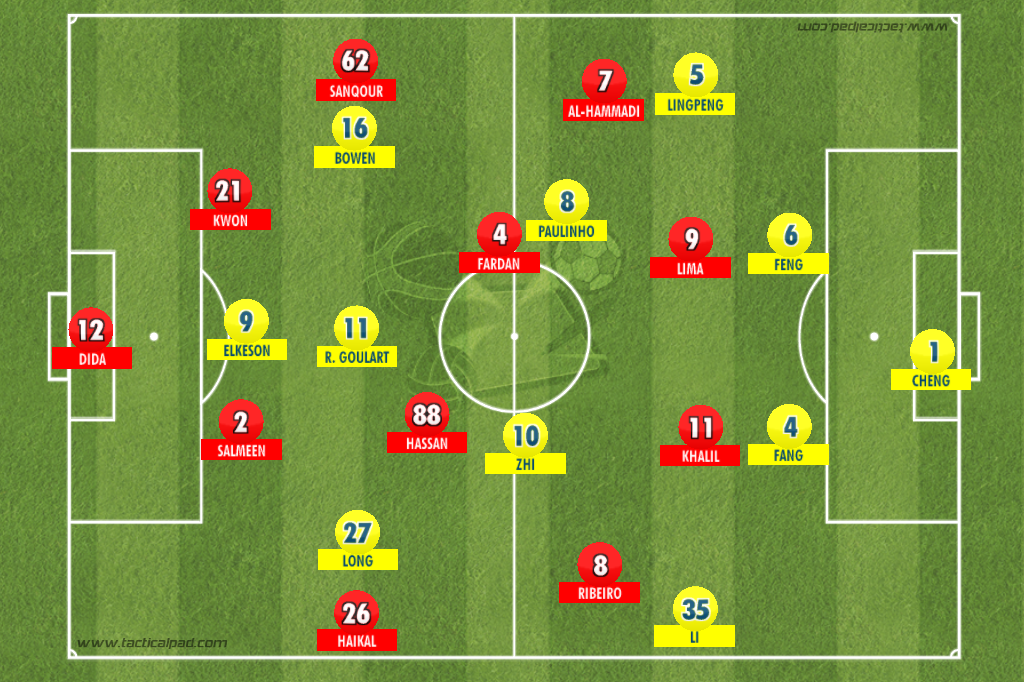 The problem for Al-Ahli was that a non-tactical factor, which was the large amount of pressure on them, significantly affected the way they played. For instance, Lima failed to score for the first time in 13 games. Lima hasn’t just brought goals to Al-Ahli but better connection between forwards and efficient pressing to the front line. This performance failed to bring out the best of his forwards and the likes of himself and Ahmed Khalil were non-existent.

Moreover, the Guangzhou forwards were not on top of their game but were closer to hitting the net than Al-Ahli did, in terms of quantity and not quality of chances. The apprehensive Al-Ahli full backs were often under swaths of pressure and relied on slide tackles from defensive midfielder Majed Hassan, who dropped into the defensive line quite often.

It was clear that Guangzhou knew the wrath that comes with the Al-Ahli strikers, with and without the ball. To relieve pressure off of their centre backs – especially in the absence of South Korean Kim Young-Gwon – Guangzhou had one of them drop much deeper to receive the ball from goalkeeper Cheng.

This way, the CB is able to release the ball with time on his hand.

The implications of this were the fact that Al-Ahli’s strikers could overload Feng Xioting on the ball, but Guangzhou were fairly confident of receiving the ball under minimal pressure before releasing the ball into midfield behind the strikers. However Luiz Felipe Scolari’s team were versatile and able to vary their forms of getting the ball out of the defence.

Former Charlton Athletic midfielder and veteran Zheng Zhi orchestrated the play from deep the rest of the time. He dropped directly into defence, the right channel to be more specific. This was then met with an asymmetrical form of attack. Guangzhou’s back 4 stayed intact with the exception of Zhi being another centre back while left back Li overlapped and linked up with his teammates on his respective flank.

Al-Ahli’s play came through a couple of players: Majed Hassan and Ismaeel Al-Hammadi. Usually, the Red Knights find themselves with a variety of options that come in the form of Abdulaziz Sanqour, Everton Ribeiro and Habib Fardan. Those three were non-existent and Ribeiro was disappointing on such a big occasion, yet that could largely be put down to his position on the right wing.

Majed Hassan operated as normal, receiving the ball as he strays just ahead of the defensive line or dropping into the defensive line to aid his centre backs. Ismaeel Al-Hammadi had a completely different role, in addition to his placement on the left wing. From the left side he dropped into the middle third left half space, helping isolated Majed Hassan in the build-up play.

From that point, Al-Hammadi would show off his dribbling skills and silky movement to get past the Guangzhou midfield. For all the drive Paulinho offered on the ball, and serenity provided by Zhi on the ball, both weren’t powerful enough to dominate the midfield battle. Guangzhou’s defenders deserve the biggest plaudits, without a shadow of a doubt.

Whereas Al-Hammadi’s final pass was lacking, whenever he combined with other players such as Lima and Sanqour, Ribeiro (on the end of the attack) preferred to maze his way around the Chinese defence instead of looking for a pass or shooting into the open space. This angered Cosmin who wanted to see more shots to test the opposition ‘keeper.

Low crosses and looking for goal

The game was largely based around this theme – crosses. This doesn’t sound very efficient, with ExPG rates confirming the phenomena about crosses. However, low crosses are usually calculated as they don’t look to aim randomly towards the goal in hope for a deflection into the net.

Both teams based their final product on low crosses. The aim was for these types of crossing to meet their onrushing strikers via their full backs, Sanqour (Al-Ahli) and Li (Guangzhou). Despite their best efforts, Lima & Khalil (Al-Ahli) and Goulart & Elkeson (Guangzhou) failed to affect the game or the end product of their respective teams. It came to a point where Yu Hanchao entered in place of the Ricardo Goulart. Despite his exit early in the second half, Goulart made nippy runs in behind Al-Ahli’s full backs to help the wingers out in attack. Guangzhou vacated Zone 14 and forced the Al-Ahli defenders deeper to allow more space for Paulinho to drive in and distance the strikers away from the defenders.

The pathway to being in place for these crosses was through combination play. Guangzhou attempted this down the left side via their left back or their right-winger on the opposite side. Al-Ahli on the other hand forced their play down the half spaces, more so the left where Al-Hammadi operated in. One would wonder had Sanqour played down the right side (his original position) and Walid Abbas down the left side, Al-Ahli would have: not received the red card on Haikal, have an overlapping right back (a very creative one in Sanqour) and allow Ribeiro to occupy central positions where he works best at.

Cosmin Olaroiu made a mistake in playing Abdulaziz Haikal and not due to his red card but due to the consequences of making connections within the system. He added energy to the team but that wasn’t what was needed.

On the other hand, Guangzhou weren’t entirely confident of their dominance against Al-Ahli. Their defence was fantastic in the absence of Kim, but their attack wasn’t as sharp on this occasion. 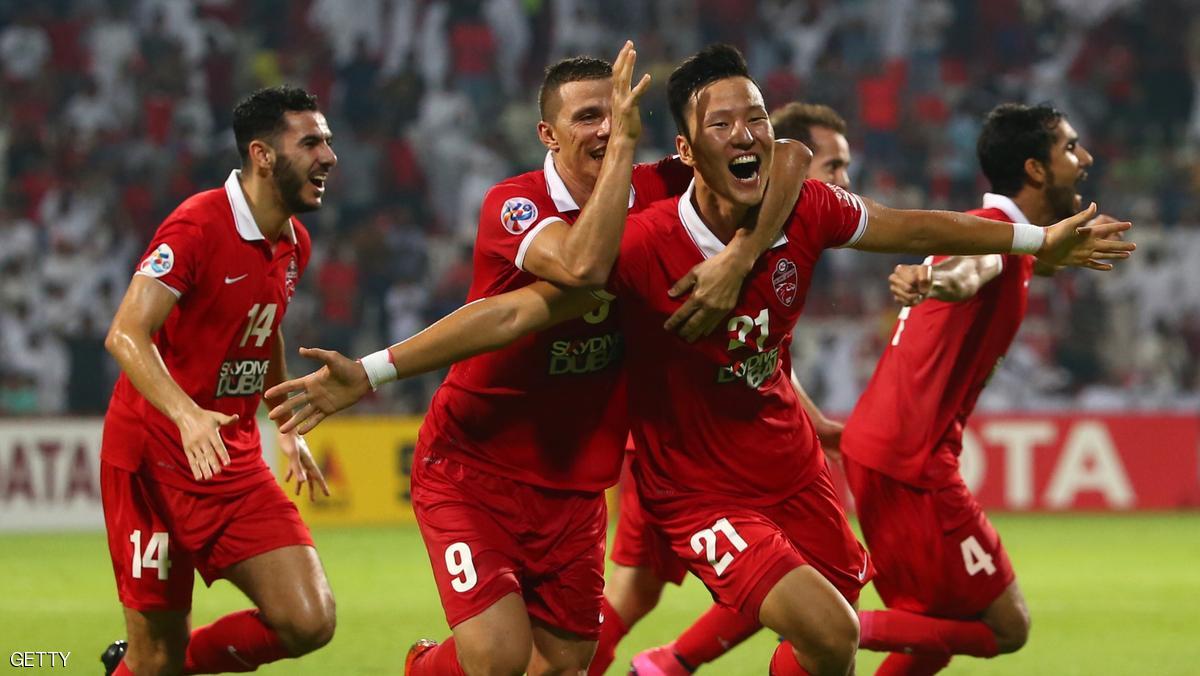