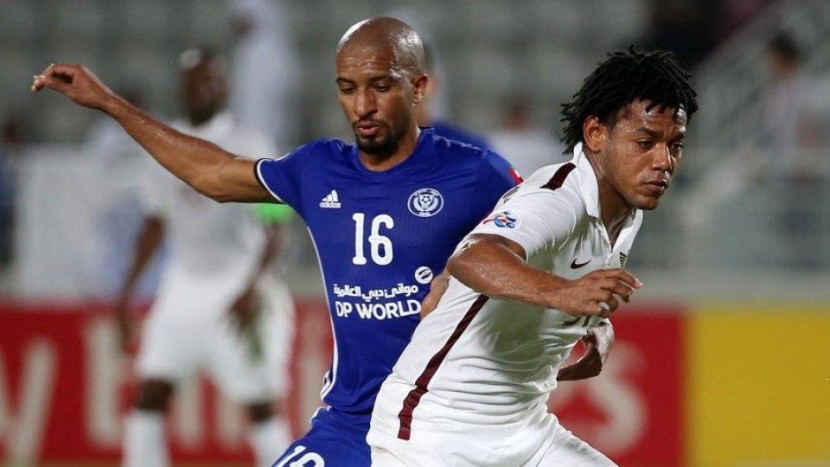 A brisk match of equal talent was fielded by both teams today at the Al Lekwiya Stadium.  Coach Lamouchi was surely missing Hamadallah who was out of action due to an injury picked up during the off season break, the player was one of the top scoring QSL players of the 2015/16 season.

A quite sizable number of Al-Nasr’s fan’s took the ride across to the outskirts of Doha to watch today’s match. 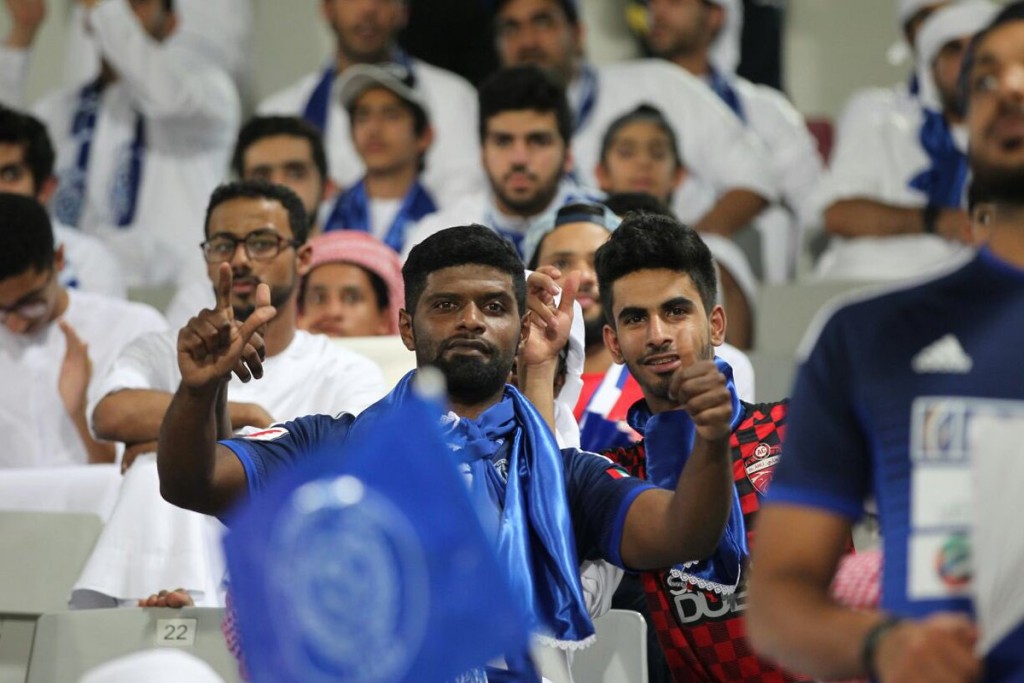 The first 10 minutes saw a brisk action of potshots taken on the goal or attempts miscued off. An attempt by Rahsidov at 21st minute was deflected by the Al-Nasr custodian safely to the defense.

The first half saw a yellow card for El-Jaish Mendes for an intentioanl tackle on the Al-Nasr forward, leading to free kick. The ensuing free kick was saved by the El-Jaish custodian Khalifa Ababacar. Al-Nasr Ahmed Al Yassi got a yellow card for an unintentional hand, which didn’t look quite either in the replays.

Referee Iida Jumpei (Japan) had a hard time to calm the tempers both the team players as the match went to the water break time.

An attempt of Abdul Magid’s full length shot at the 35th minute went past the right topside of the Al-Nasr’s goalpost. Another of Al-Nasr’s attempt Abdelaziz Barrada 39th minute header was also flying far from the post.

Just before the first half was over the at the 44th minute, Al-Nasr forward Jonathan (11) took control of a superb pass & calmly passing it to Santos Wanderley (9). The El-Jaish defense was caught off guard in this regard with the Al-Nasr’s forwards exposing the El-Jaish’s custodian.

Another attempt by El-Jaish in the dying minutes of the first half by Romarinho went over the bar after a swift pass from Rashidov.

A superb pass by Rashidov just missed the edge of Romarinho’s extra leg push, Al-Nasr’s defence were heaving a sign of immediate relief. El-Jaish kept up the pressure on after this with a series of pot shots on the Al-Nasr goalpost.

Frustration was piling on the El-Jaish with Ali Sanad (21) getting booked for another foul.

Another attempt from Jonathan Pritorita (11) supported by a assist from Tariq (5)(C) with a sublime running finish to the back of the left side of the El-Jaish net doubled Al Nasr’s away lead. 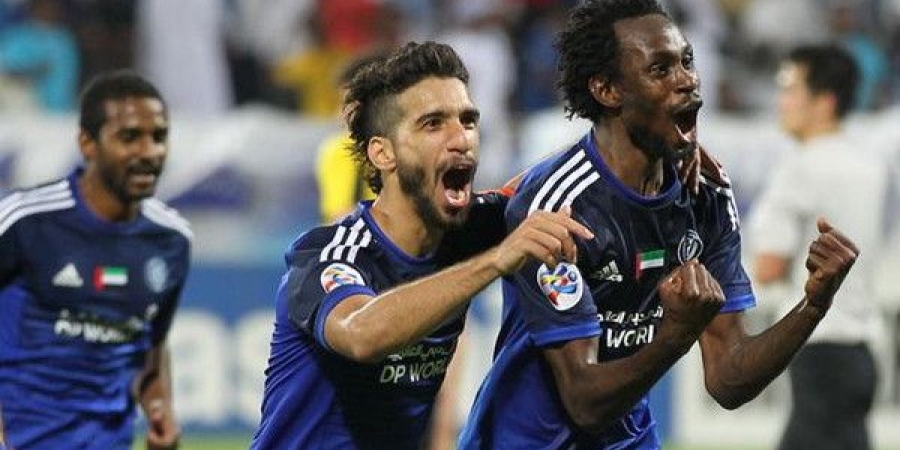 Immediately after the restart, El-Jaish Player Magid (12) was booked for an intentional foul.

Rashidov’s attempt at the 73rd minute didn’t quite find the range too. Al-Nasr’s Jonthan’s substitution was given a clapping ovation, their fans knew that the value of his goals scored & assist’s in todays match.

Al-Nasr’s tripled their away lead at the 84th minute with another goal by Santos Wanderley (9) his second for today’s match.

El-Jaish kept up the pressure on the Al-Nasr’s up till the end with Rashidov & Romarinho making several attempt on the goal in the dying minutes.

At the post match press conference Coach Ivan Jovanovic (Al-Nasr) was extremely happy with the results of this match. He commented on the chances that El-Jaish had for this match, but pointed the difference in the match was the timing of Al-Nasr’s goals. He lamented that the weather was a factor, however Al-Nasr kept up the pace in this regard. He also pointed Al-Nasr had a small advantage &  would be keep the same match performance in the return leg too. On the comparison for Ivan’s previous European league & Asian league, he mentioned that the uncertainties of having pre-season break keeps the pressure on these games. To the comment of Santos Wanderley’s performance, Coach Ivan mentioned that he wanted to see this as a total team performance rather than an individual performance.

Coach Lamouchi lamented that he was disappointed with today’s performance especially in the 2nd half & passing of the ball. He kept up his desire to play with a positive attitude in the return leg.To the question of Hamadallah’s absence, he accepted that it did make  a huge difference & commented the situation is bound warranted a solution especially for the mid-field & Mendes would be sitting out in the next game.

The next leg which will be in Dubai would require a lot of effort’s from El-Jaish to cover the lead & Al-Nasr expecting to finish it off in style to seal their semi-final berth too. 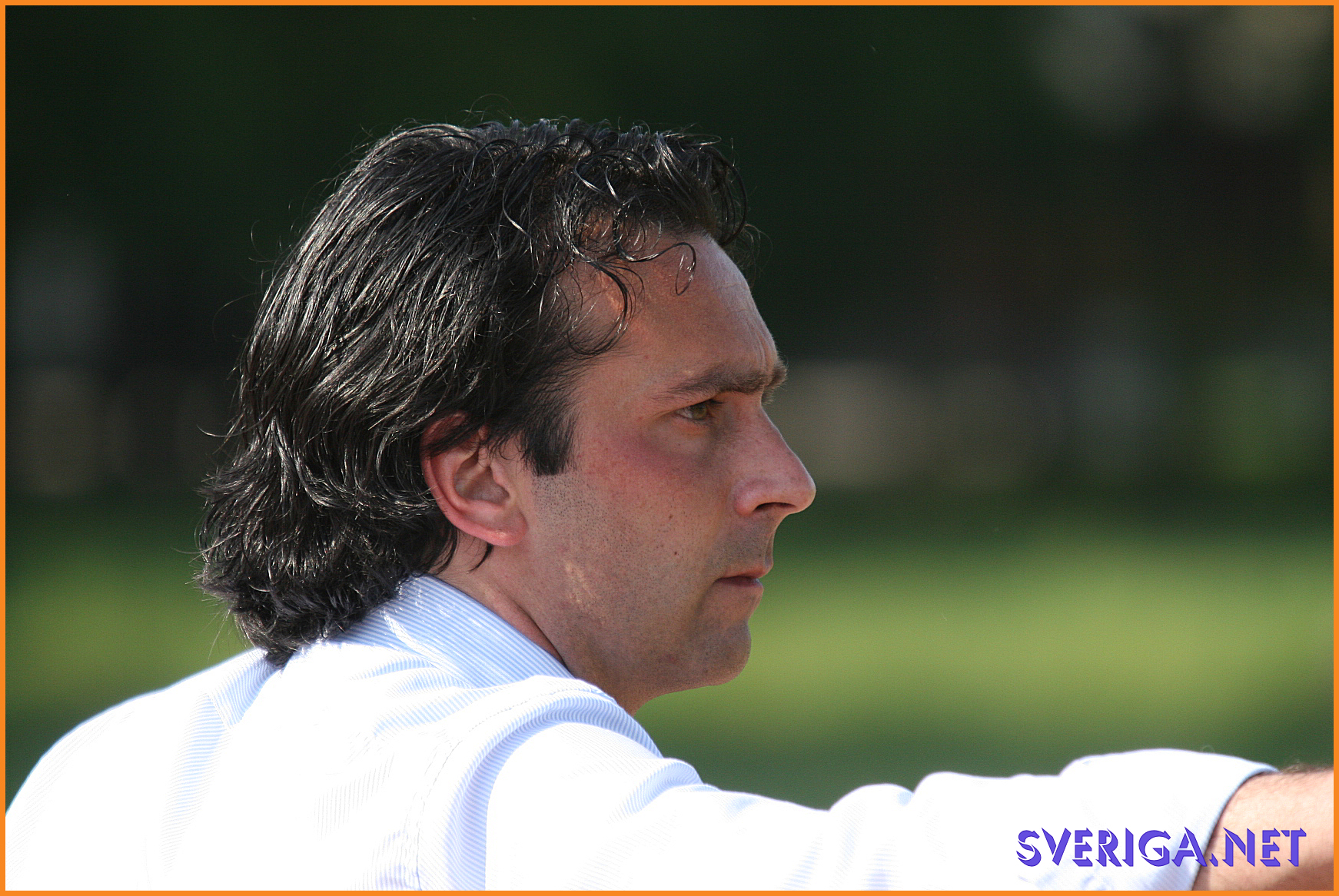 Next article - FRIDAY WITH… FABIO LOPEZ »