The year is 1983. A 36-years-old Saudi coach named Khalil Al-Zayani leads an unfancied Ettifaq FC to their first ever Saudi league title. This was in more than one way a revolutionary moment; Al-Zayani became the first ever Saudi manager to win the league. He would go on to become a legend of the game, leading his country to their maiden Asian Cup triumph in 1984 and taking the football team to the 1988 Olympic Games in Los Angeles.
Ettifaq, based in the eastern coast city of Dammam became Saudi Arabia’s original Invincibles, winning the 10-teams league without a single defeat. They would go on and bring the Kingdom its first taste of regional silverware in the shape of the Gulf Clubs Championship and its more coveted counterpart, the Arab Clubs championship. Five years later, Ettifaq would repeat the feat, winning the 1988 “treble”.

That same year, Five thousand miles away, in the Spanish city of Leon, our man today had just been born. David Martinez Castrillo grew up playing football, dreaming of a professional playing career with one of Spain’s giants. Not in his furthest stretches of imagination did he envisage that at the age of 27, he would become head of Performance, Strength and Conditioning at an Arabian second tier team.
Life has not been kind to Saudi’s fallen giants since the glory days of the eighties as the fans watched their beloved “Knights of the East” slip into mid-table mediocrity, then slowly find themselves dragged into repeated relegation battles before eventually succumbing to misery in 2014 to play in the less glamorous Saudi first division. Trips to the likes of Al-Hilal & Al-Ittihad, once title deciders, have now become occasional cup ties seeing Ettifaq reduced to mere minnows. But the club remains defiant and so does David Martinez who knows very well what is it like having to face adversity. “I stopped playing football at the early age of 20 when a severe injury ended my once promising career at Levante.” Recounts David. “It was difficult but life goes on.” With this spirit he picks himself up and draws himself a different career path. “I love football, so I knew I would still work in the football world. I decided to study Sports Science.” The Spaniard’s career would see him work at Villarreal as part of the backroom staff under current Manchester City boss Manuel Pellegrini, before deciding to try his luck abroad with stints in the Far East, United States and for a brief period in Abu Dhabi before his move to Saudi Arabia’s Ettifaq came about this summer.

His decision to take up the post in the conservative Gulf Kingdom with a first division team intrigues me, but David has full faith in his decision. “At 27, I’m still young, and I have lived in many countries, so I have an open mind and a good football background. So I decided to take up the challenge to move to Saudi Arabia.” He adds citing his reasons to join Ettifaq, “They are a historic team, they are one of the first teams to win an international tournament for Saudi, but the team struggled because of financial problems”. Life in Saudi can be daunting for a newcomer, but having spent some time in the region has helped David adapt to life, “For me, it was not very dramatic. I lived in Dubai. It’s shocking if you’re coming straight from Spain and it is your first time out of your country. Being in Dubai made the transition a bit easier.” Explains David, “It’s more religiously strict here, the food is different, and people here work more at night than we are used to in Spain.” But he has no plans to let anything get in his way, “It’s all about your mentality, the power is in your mind! It’s important to travel to realize your true potential. You can study a lot, read a lot but you only find out how much you can achieve when you are living out of your comfort zone.”

After a historic elections campaign earlier this year, Dammam based businessman Khalid Al-Dabal took over as chairman of the club, following in the footsteps of his father, former club president Abdullah Al-Dabal. The ‘New Ettifaq’ list headed by Al-Dabal has an ambitious project to bring Ettifaq back to the top of Saudi football. The list boasts some of the city’s most influential industrialists and following their electoral success, they are already reshaping the club. Recruiting David was part of this transformation and he is not short of faith in the project, “The new president and the board are all young and have fresh and smart ideas, they want to create something different and do something big in this country. They brought me and another 2 coaches from Spain.”

It is not all roses and butterflies, though, as the coach from Leon finds out. “The pace of doing things here is very slow, you always hear ‘Inshallah Bokra’, then you have to wait” sighs David as he remains optimistic “But they are ambitious, they want to do something different and that mentality is the most important thing. They are working hard not just in football, but also in terms of marketing, managing the team and also in the sporting side.”
The lack of resources in English, or for that matter Spanish, language was one of the main drivers behind the creation of Ahdaaf.me and David is adamant to the difficulties this challenge poses. “I try to understand the culture and also how people perceive Ettifaq and the team’s reputation, but it’s difficult because most of the information around is only in Arabic and in this aspect Ahdaaf has been great help.”
Comparing what it is like to work with Middle Eastern players compared to Europeans, David explains “First it is the mentality and quality: When you are living and breathing football 24/7 it makes a big difference. Here, it is not the same, some of the young kids have other priorities than football. The mentality, to be focused, organized, to work hard and come to training every day is not there sometimes.” As those youngsters grow into professional footballers, those differences become more evident “With European players, they learn a lot during their development as youngsters. So when they are professionals, they have already learned about these situations they face in the game and in life. But here, you have to teach them when they are already professional, which is more difficult.”
David started his career working with U-16s and U-18s at Villarreal but is now coaching first team players, “When you are working with young players, you have to take care of them. They are growing as a person, as a man and as a sportsman next. But when you are working with first team, results come first.” Fitness is a big part of this challenge, comments David. “Fitness is a big challenge, because of the body structures of the players. It’s different than in Europe and any league I have worked in. I think they haven’t spent enough time growing up to prepare physically and mentally to become professionals. When you are a footballer, you are a footballer 24/7, you have to take care of your sleep, diet and training sessions. Your body is the main tool when you’re a sportsman. Your body should be like a god!”
Back at Ettifaq, it’s midway through the Saudi season, The New Ettifaq project is in full fledge but results are yet to come with the team lingering in mid-table, 10 points behind the last promotion spot. David is of the opinion that the drastic changes being made are part of the problem now but will eventually deliver. “We are not performing very well at the moment, but the league is long. I think the players right now are confused, with all the changes, new president, new coach and so many changes mid-season. But we hope the results will come.” He adds about their objectives for the season, “I have been here for a couple of months, our target for this season is to create a proper structure in terms of coaching, a model for the youth academy to bring up a strong group of players to play for the first team in the next few years.” There is an economic sense to it as well, “If we can bring up players from the academy and create quality players from within, those players can then help us compete in the premier division. So we don’t have to invest heavily in buying players.”

As part of the team, the 27 years old is tasked with creating a brand of football and entrenching it in the youth products, “We are trying to create an identity for the team. What I want when people see a player, they recognize they came through Ettifaq, regardless of what team they are playing for.”
The staff enjoy the full backing of Al-Dabal & the board of directors, “The club are very supportive, they are always asking me what do I need to make things work, they are investing in the technologies we need but it’s step by step. It’s not going to happen overnight. Without resources we don’t have a chance to create something special.” David adds, “The most important thing in a “new club” like Ettifaq is the knowledge and the human resource, after that you have to invest in the right tools, material and technologies to develop their thoughts.”
Where next for David Martinez? “I am a Spanish coach and eventually, I would like to return to Spain.” David clearly has some unfinished business in La Liga. “At the moment, the job market there is difficult. It’s not the right time to return. For now, I will stay, abroad, build a name for myself and discover more. Right now, my mind is with Ettifaq. My life is football and football is around the world.” 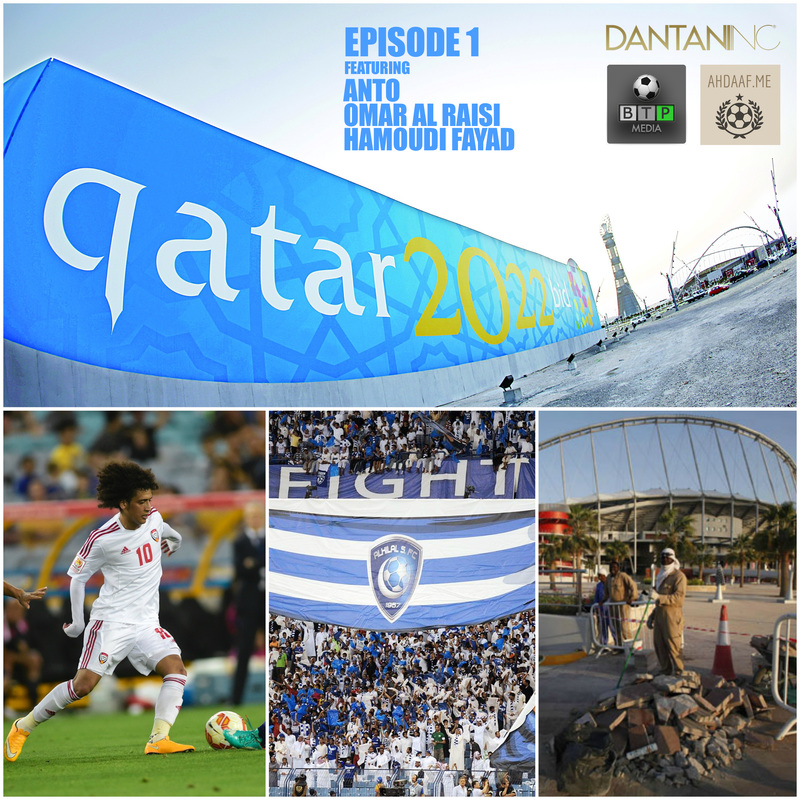 Next article - QATAR U-23 PRE-TOURNAMENT FRIENDLIES »