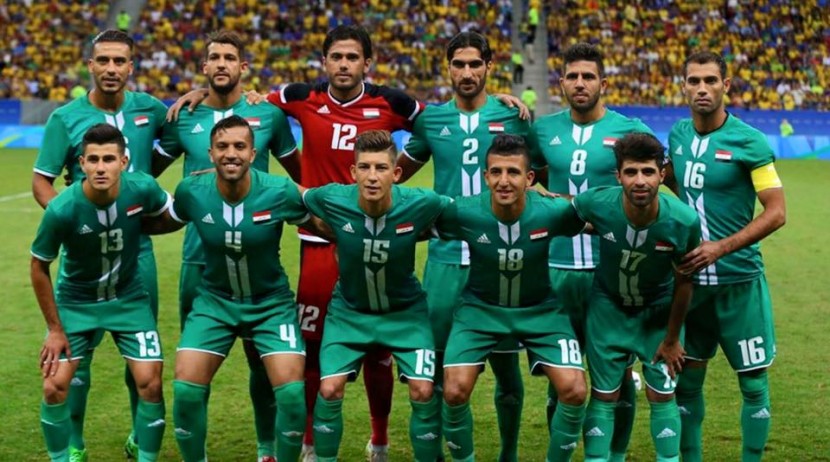 The world came to see Neymar but found Iraq

In a night of high-drama in Brazil’s capital Brasília – the scenes of jubilation at the final whistle were felt in the early hours in households all over the embattled nation of Iraq, its people wide-awake (the game kicked off at 4.00am Baghdad time) to watch one of Iraq’s greatest and gallant footballing efforts against one of world’s top powers, Brazil. The nation of Pelé, Zico and Garrincha, whose name the stadium where it all played out bears. The Iraqi Olympic team fought like Lions and while just days earlier they faced the same 0-0 outcome, the players were somewhat downcast after the disappointing stalemate with the Danes which had a slight taste of a bitter defeat, this draw however tasted very much like a hard-earned victory.

The resolute and defiant Iraqi coach Abdul-Ghani Shahad returning from his one match touchline ban was the Emperor directing his army on by the sidelines against the youthful Brazilian team – a talented group of fledgling and some day world-class individuals – but, a splintered team at present– and what was plain and so easy to see for every one of the 65,829 spectators at the stadium, was a Brazilian team that was so clearly lacking a true leader.

Neymar Jr. – the superstar of the Camp Nou – has shouldered much of the burden of the nation’s footballing hopes – post-Mineiraço – the 7-1 World Cup semi-final defeat at the hands of the Germans in Belo Horizonte two summers ago – but the captain’s armband has weighed heavy on the forward. Iraq on the other hand, led by the often unsung hero Saad Abdul-Amir, bursting forward through the centre of the park, and the midfielder revelled in the buffeting and tussling that went on, throughout the game.

Iraq came as visitors to the Estádio Mané Garrincha and when the 65,829 strong Brazilian following – started to sing the Hino Nacional Brasileiro, it must have brought a shudder into the hearts of the Iraqi team, however luckily, they were only up against 11 Brazilian players and not the spirited and vocal crowd whose singing of the Brazilian national anthem made the hairs on the back of your neck stand on end.

As he had done in the opening game against Denmark, Iraq’s Abdul-Ghani Shahad sprang a surprise by naming a back-four and sacrificing an extra attacker Ali Husni – absent for most parts of Iraq’s first match – for a holding midfielder in the shape of Saad Natiq – the role he had been accustomed to play during his early days at Al-Najaf.

Shahad also preferred the taller Mohanad Abdul-Rahim ahead of Hamadi Ahmed in attack and the striker almost scored with a header that hit the crossbar from a long throw from Dhargham Ismail, another one of Iraq’s stand-outs on Sunday night or Monday morning if you were watching the game in Iraq. Iraq’s youngest player Amjad Atwan went close with a long range shot and eptimised the work-ethic of Shahad’s team, battling throughout and never giving up.

And we cannot forget the reincarnated goalkeeper Mohammed Hamed – yes, he did roll around and feign injury in attempts to time waste, though the Romanian referee more than compensated the home team for time Iraq’s keeper had dragged out. However saying that, Iraq’s goalkeeper – perceived as the Under-23’s second choice in goal – looked composed and for a player who has played little football over the past twelve months, Mohammed is now earning rave-reviews for his performances at the Olympics.

Midfielder turned full back Humam Tariq selected in the first game, dropped to the bench and in his place came Alaa Mahawi, the player given the unnerving task to mark the talisman Neymar – however the full back whose defensive frailties had been questioned –  even by his coach – prior to the Games , gave the Barça man little respect on the turf, constantly at his heels, the boy from Zawraa became the Brazilian captain’s nemesis – Alaa obviously a Madridi and not a Barça fan – irritated the Brazilian No.10 in his challenges at times, fouling him and catching him late in others. 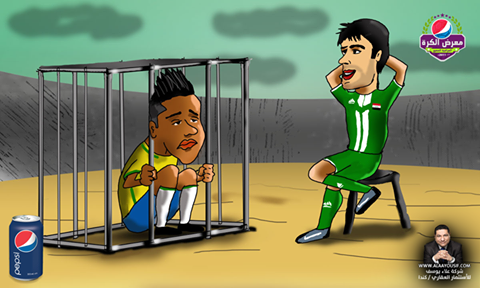 Iraqi artist Ibrahim Salah Hindi mocked up a caricature of Alaa imprisoning Neymar – the right back – as all the world could see – had clearly frustrated the golden boy, maybe not had him completely in his back pocket, but thwarted him to unnerving depths and infuriated him to the level that it nullified his true effectiveness.

No one had given Iraq much hope before the game, just like the South Africans who gained a praiseworthy and commendable point against the hosts in their opening game. But Iraq’s dogged determination, the gheera factor that Iraqi fans speak so much about, was there in full view.

At the final whistle, the local brasileiro fans were chanting ‘Iraque, Iraque, Iraque’ and gave the opposing players a rousing round of applause, they knew and had seen how hard they had fought. The point from the game keeps Iraq’s hopes of reaching the knockout stages well and truly alive. And this is how the Iraqis do it, always against adversity and hardships, as in 2004 Olympics when Adnan Hamad’s team beat Cristiano Ronaldo’s Portugal, this time, Abdul-Ghani Shahad and his boys had humbled Neymar and Brazil.

Every one of Iraq’s team played their part from the kit-man to the goalkeeper, to the team physio, Iraq a team unable to play home matches, fighting terrorism for many years within their borders, daily car bombings, and kidnappings, were unfazed by pre-tournament worries over the ZIKA virus, Neymar or the daily crime and violence in Brazil. Unnerved Iraq have come to Rio to make a statement.

Brazil is a home away from home for the Iraqi players, born under Saddam’s dictatorial regime, living through the UN sanctions, War against the Coalition of the Willing and the post-2003 chaos of their nation in its aftermath, football comes easier than life. Brazil may have taught Iraqi footballers a lesson in their two previous meetings at U-20 and senior level, but this time, Iraq taught them something else. At the end, the Iraqi players reassuringly patted the disenchanted Neymar on his back, “don’t worry” they must have told him “You may have been frustrated for 90 +7 minutes, we have felt that our whole lives. Raise your head, you’re an Iraqi.” 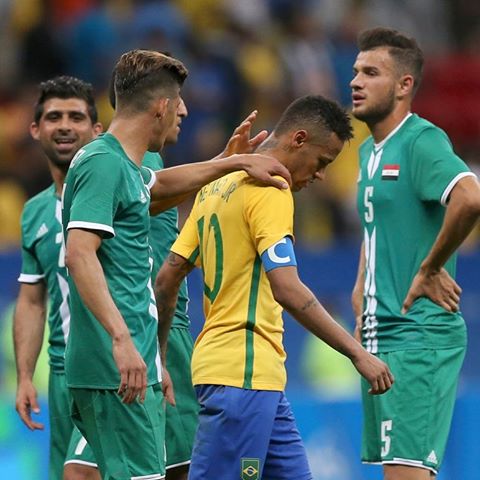 Iraq the nation which barely gets any respect or mention on the world football map, who apparently are making their second appearance at a football tournament at the Olympics according to one football commentator (correction Iraq has actually qualified on five occasions), the “not-so-great footballing nation” says BBC Sport and Brazil’s Goal.com who claimed prior to the start of the competition that Iraq were the weakest team in Group A, have been made to eat their words. But the Iraqis don’t need to talk, they let the football do that for them. Obrigado Brasil but they, the Iraqis, move on and try to complete the mission by beating South Africa in their final group game. Aish Al-Irak. Eu ♥ Iraque 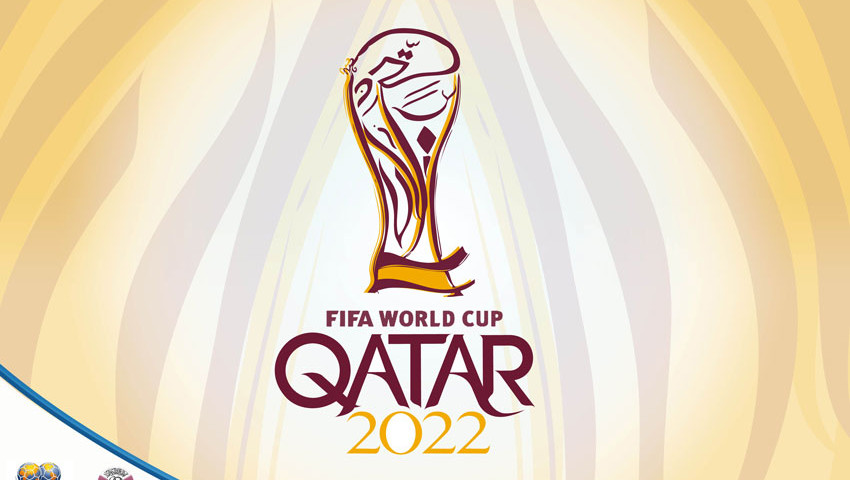 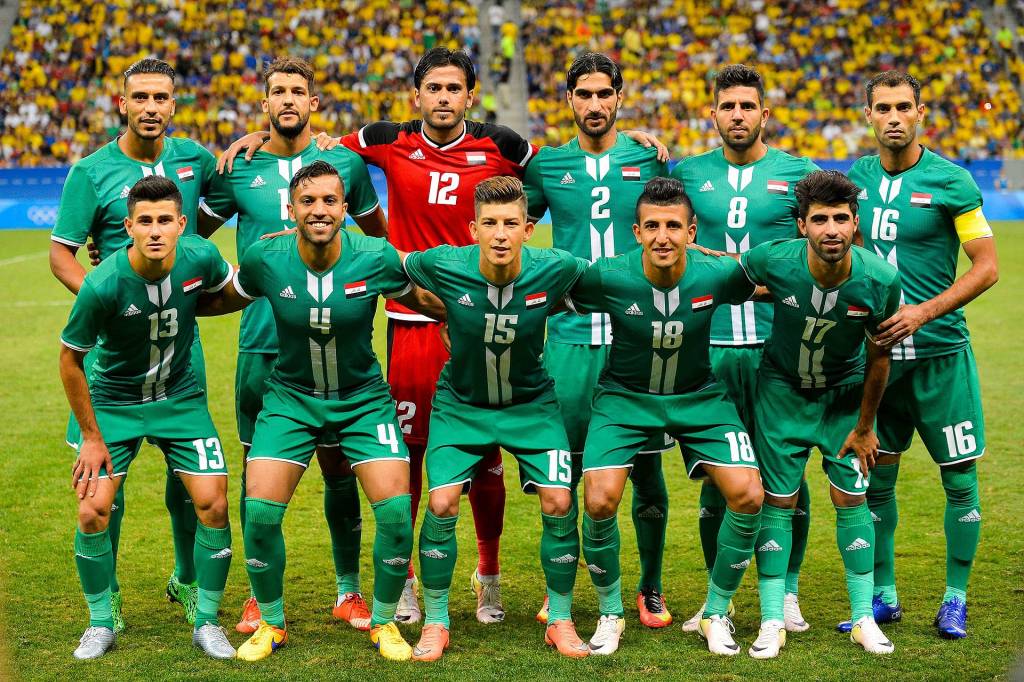