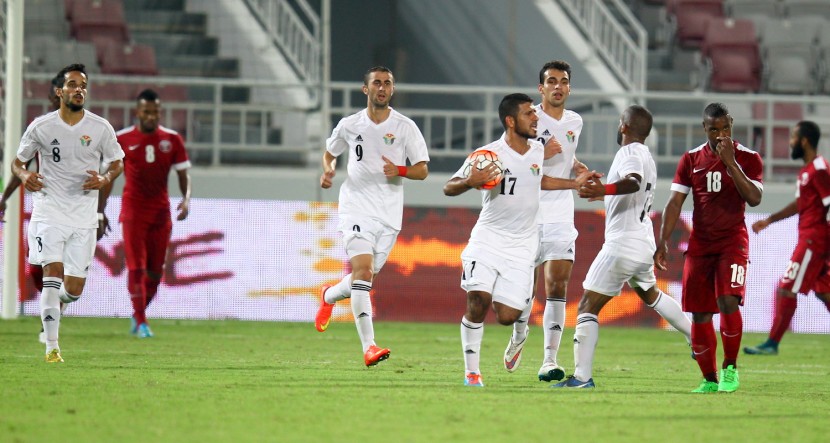 At only 20, Ali Husni had already captained his home town club, the grand Nadi Al-Minaa Al-Basri and for the past couple of the seasons he has been considered to be the best player in the Iraqi league. A cross between Habib Jafar and Laith Hussein, the vastly talented midfielder has returned from exile after the spell under Hakim Shaker ended after the Gulf Cup. In the summers of 2013, the player made some disparaging remarks about how Hakim had selected some of the youth team players for the World Youth Cup, inadvertently implying that the coach had asked for money from some players to get a place on the team. 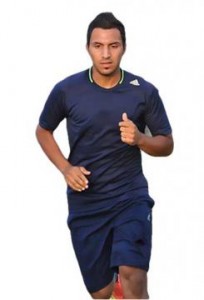 Ali was not the only player who made such comments, the other player Amjad Walid was also sent to Iraqi football equivalent of the Siberian gulag and has not been seen since. But the strong support from Iraqi football fans forced the hand of the FA and the Army Major and national coach Hakim Shaker, to recall Ali Husni and he played him for the final seven minutes in a friendly against North Korea and then subsequently dropped him for the following Asian Cup qualifier. This would be a familiar pattern for Basra Port Club’s No.8 as he was dropped on the eve of both the Asian Games and the Gulf Cup. Radhi Shanaishel has ended his prison sentence under the old warden Hakim Shaker. But with Radhi Shanaishel at the helm of the national side, the shackles disappeared and the Karbala-born midfielder was free to make the progression from club to international football. He was a regular in Yahya Alwan’s Olympic side and will be key to Iraq’s challenge to qualify for the Olympics in Brazil, a lively attacking winger, this could be the stage that he finally makes his name. -HM 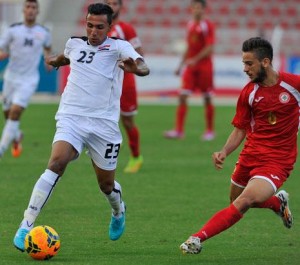 Aymen Hussein, the Kirkuk-born 6 footer, the striker dubbed “Younis Mahmoud’s successor” by the veteran Iraqi captain himself, maybe the surprise at the AFC U-23 Championship. The boy from Hawaija has the attributes to cause problems for any defence, good in the air and lethal from 12 yards, and has come a long way from the lowly depths with Gas Al-Shamal in the Kurdistan league, a division featuring mainly reserve teams from the region, before he was spotted by scouts from Duhok, where he spent a season and a half until financial difficulties at the northern Iraqi club saw him released. His next stop was Baghdad and Aymen is already making his name at Al-Naft – earning him a call-up to the national team from his former Olympic coach Yahya Alwan. He only made a brief three minute appearance against Lebanon last year but with Sherko Karim yet to find his feet under new Olympic coach Abdul-Ghani Shahad and Mohanad Abdul-Rahim returning back from injury, Aymen could be Iraq’s main goal scoring threat. -HM

Abdulwasea Al-Matari is arguably Yemen’s most vibrant and dangerous player, and after making the move to Omantel Professional League Champions Al-Orouba, he’s been able to grow as a player in a growing league and one that is significantly harder than the Yemeni League, which has been disbanded until further notice. 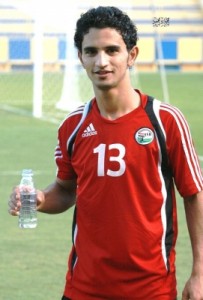 What Al-Matari excels at is using his pace to move in and out of positions, drag defenders out of the channels and operate on either wing, hence his position being “RW – LW – ST”. In fact, in only Yemen’s 4th goal of 2015, Abdulwasea Al-Matari did exactly what he does best. He moved out to the left wing, receiving the ball before playing a cut back pass to Abdulhakim Al-Sarori, who beat his man and scored the winner in Yemen’s 2nd win of 2015.

However in the process of Al-Matari moving out wide, his teammates occupy the centre, which is usually detrimental to Yemen’s chances. The scorer in the Philippines match, Abdulhakim Al-Sarori, actually missed a few sitters before that goal he inevitably scored. That will be the ultimate question, who will score the goals for Yemen? -HF 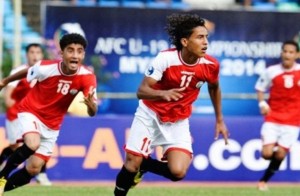 Ahmad Alos is going to lead from central midfield, with his runs from deep the epitome of what this Yemeni team is all about. They’ve literally got nothing to lose – well, except making the move to neighbouring Gulf leagues as one Abdulla Al-Kaabi is doing now, to Al-Sadd – in terms of results for the nation, and what other way to prove so than by having your riskiest player start?

Alos is very risky in terms of dribbling and passing, where ultimately it’s something that needs to be adjusted if he ever moves to a bigger club. Always one of their most talented and productive players, yes, but always prone to losing the ball in the middle of the pitch in Yemen’s 4-4-2 formation. Therefore you see where Yemen’s central problems come from often, in the sense that they lose a central midfielder who pushes higher up the pitch.

Yet, despite his risky character, he’s dynamic and effective which is something that Yemen need. They’ll be hoping that Waleed Al-Hubaishi has a good tournament, for the sake of the team. -HF

The no-nonsense midfielder has risen through the ranks to become an important player for Al-Ain, where he played over 1000 minutes in the year of 2015 in the first team alone. He’s used to trophies, already winning 6 by the age of 21 which is no mean feat. His debut came along in the 2013/14 season, but he’s now looking at solidifying his first team spot. 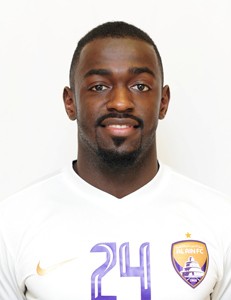 After Zlatko Dalic moved to a 4-3-3 formation with Al-Ain, a defensive midfielder was needed and youth product Ahmed Barman was the perfect choice for a mid-season change. That change was a tactical masterstroke, as Dalic’s men thrashed Al-Ahli Dubai 3-0 in a the league’s top of the table clash.

He’s already clocked up more than 500 minutes, with most of them coming in recent months. One thing about Barman is he’s a hard man to get past, alongside his relatively good level of experience, he’s certainly the top man to watch for the UAE. -HF

We believe that Mohammad Al-Akberi has a great future, for club and country, and there is not a shadow of a doubt that he can be the UAE’s leading footballer post-2019. If there’s anyone in the team that can battle the notion of the UAE losing their Golden Generation it’s Al-Akberi.

He’s a first team regular for Al-Wahda, playing in every single league game this season. He’s excelled against Al-Ain and Al-Ahli but often needs to polish his work and become more consistent, yet at the age of 19 that isn’t something unprecedented. His ability to run down the line and drag his marker wide, drift inside to occupy the centre backs or sit back and play in a driven ball are all traits that the modern day winger needs and he – essentially – possesses them all. Now, it’s time for him to take the spotlight and the AFC U-23 is just the place to do it. With the UAE youth teams calling out for a good striker in the past few years, it’s up to the attacking midfielders to take the load. -HF

Abdulla Al-Naqbi, more like the Gattuso of Al-Dhafra, or that’s what the small but passionate fan base of Al-Dhafra call him. Tenacious, strong and able to use the ball a la the modern day defensive midfielder, he is the only local hope left in Al-Dhafra’s dire team that is fighting for relegation in the Arabian Gulf League. If he can strike up a partnership with Barman in defensive midfield for the UAE then it’s hard seeing many get past the duo. 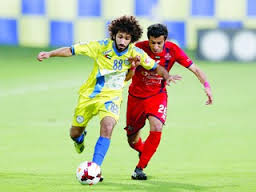 He’s a fighter above all, able to go toe to toe with any player in the league, not off the pitch by fighting but in terms of winning the ball. A league that consists of Valdivia, Fabio Lima, Everton Ribeiro and many more high-level players. With the current breed of U.A.E defensive midfielders including Khamis Esmail, Majed Hassan, Hassan Ibrahim and Amer Abdulrahman already fighting for senior spots it may take time for the likes of Al-Naqbi to exert any influence on the national team. But whatever the case, Al-Naqbi is set to have a good future and where else to make your name than the AFC U-23? -HF 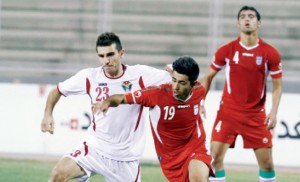 Ihsan Haddad is Jordan U-23’s best player. His presence in the national team is one that has been called for by fans across Jordanian football, despite being called up on recent occasions. The fans demand him to play as a starter, and with his versatility, he can take the Jordan U-23s far.

For Jordan, much will depend on the whole team if they are to overtake the likes of the U.A.E and Australia to reach the semi-finals of the AFC U-23. However for Haddad, he will excel with or without a teammate. This doesn’t mean that he is a selfish player, far from it, but he has the talent and quality to perform admirably at this tournament.

His ability to play centrally, down the right or even possibly on the left hand side is invaluable to this Jordanian team. He can fill in for any of those spots and as he tries to use both feet he can provide more than one dimension for the team to play in. The question is, where will he be deployed? After scoring 3 goals for Jordan in as many pre-tournament friendlies, it seems that he may be played on the wings where he is able to cut inside and view the game from the half spaces.

An enigmatic poacher is the best way to describe the promising Jordanian striker who goes by the name of Baha Faisal. Baha Faisal played a big role in helping Jordan qualify to the AFC U-23, scoring 4 goals himself, and bagging 3 against Kuwait in a 3-all draw. His performance against Kuwait was the epitome of what he can do to punish the opposition:

It’s come to a point where it isn’t even a joke, but Baha Faisal thrives on rebounds and getting on the end of crosses. The AFC U-23 is going to make or break his rise, is he simply a one-dimensional player or can he prove that there is more to the player? Whatever the outcome, he gets goals. -HF

Rajai Ayed has been a long-time regular for Wehdat and has recently embedded himself into the senior national team set-up, remarkably. Very calm on the ball and one of the better deep lying playmakers in the region, it will be interesting to see who he will pair up with, if anyone, and how he will fare defensively. 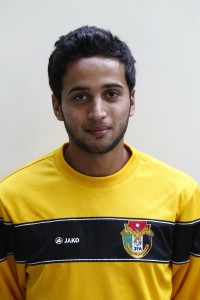 He’s already made more than 12 appearances for the national team, making him one of the more experienced youngsters in the region which is no mean feat for a player in the Jordanian line-up. He’s also been apart of the successful team over the last few years, alongside his trophy wins with Wehdat, coming in the form of the Jordanian Pro League. -HF 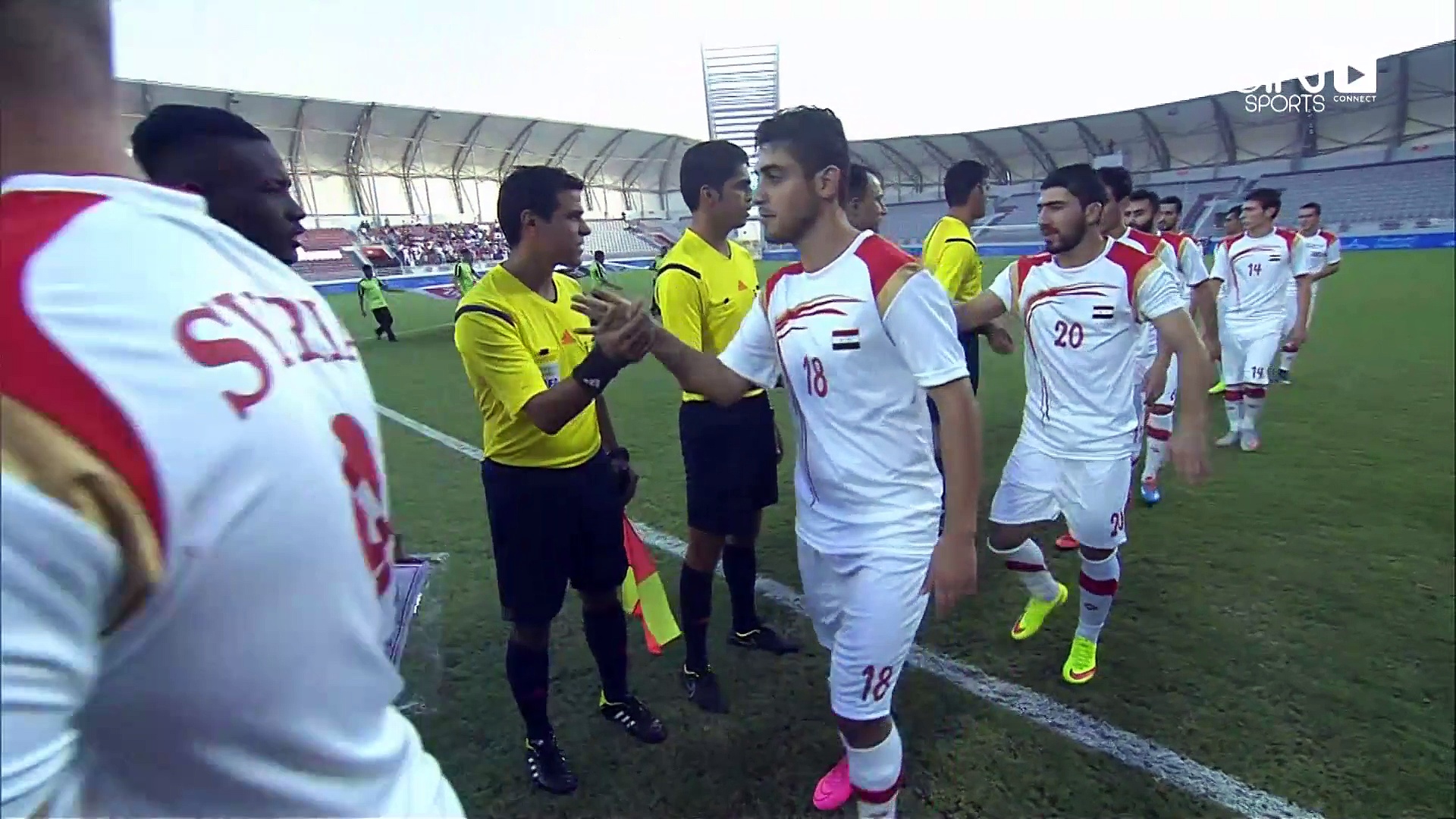 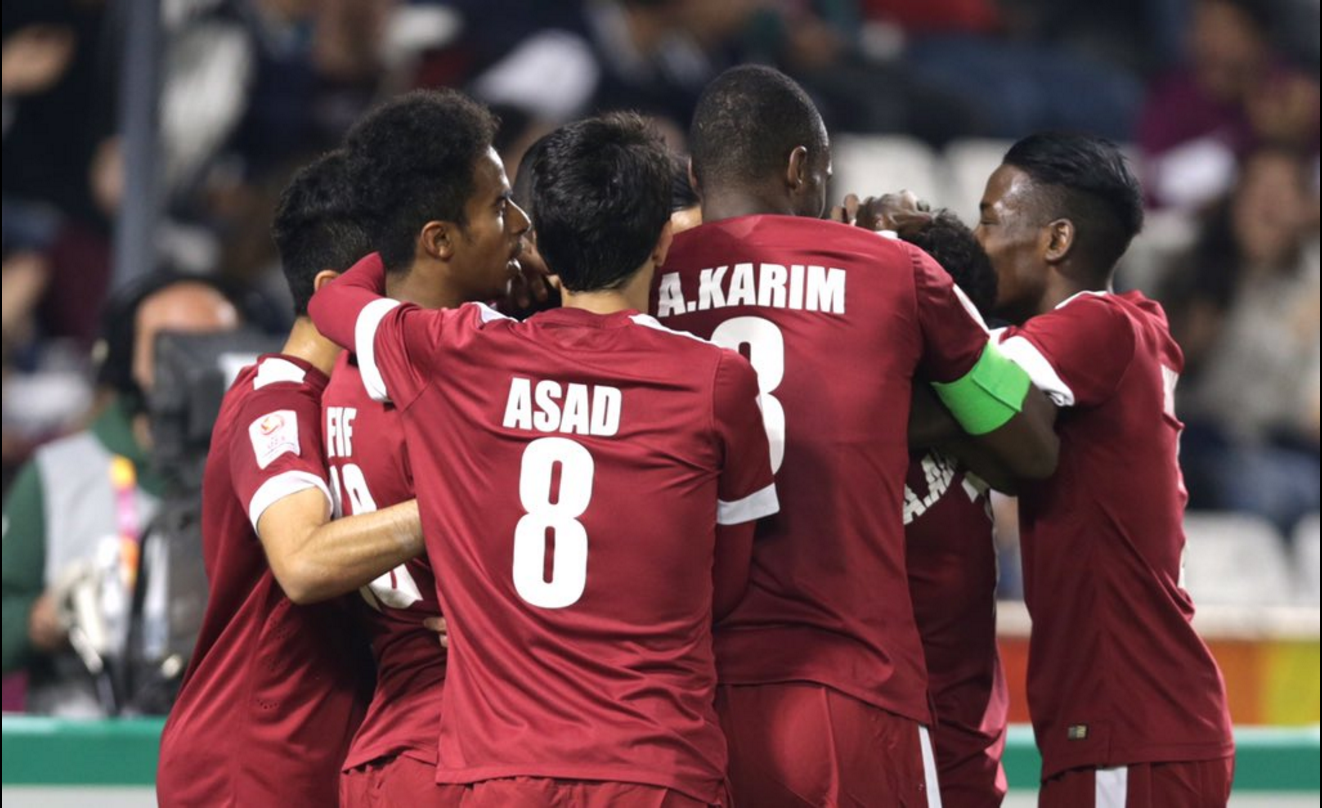