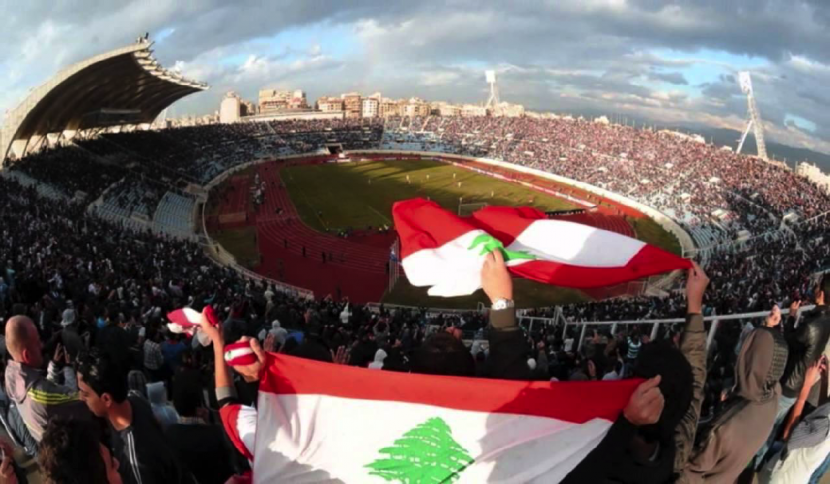 A Fresh Page in Lebanese Football

After months of confusion and turmoil with AS Roma icon Giuseppe Giannini, the Lebanese Football Association had endured too many problems to continue with such disdain across the nation. Giuseppe Giannini’s contract is coming to an end, and with no talk of renewal from either side of the negotiations – Hachem Haidar (LFA President) confirmed the expiration of the Lebanon National Football team’s relationship with “Il Principe”.

Theo Bucker is idolised among the Lebanese faithful due to his exploits with the national team during the years of 2011 until 2013. Receiving the news of their worst ever FIFA World Ranking, in 178th, the Lebanese fan base demanded change – and change is what they got. Theo Bucker arrived after a few months still at the helm of the Al-Ahed job but the German’s departure was inevitable once the LFA returned for his signature.

Hachem Haidar insisted that Al-Ahed find a new manager due to the fact that the Lebanese National team was suffering heavily and the situation was sensitive because it affected the whole country and its love for football. Al-Ahed accepted, appointed Mohammed Al-Sahel as their head coach and moved on (winning the Lebanese Premier League only last week for the first time since 2011).

Theo Bucker’s reign went off to an extremely shaky start with a 3-2 loss to neighbouring country Syria in a friendly. A drubbing from South Korea beckoned and there was no surprise there either as the Cedars succumbed to six goals – scoring none on the occasion. Bucker replied to Lebanon’s hopes of qualification with “nothing is impossible” and this:

“It upsets me when no one gives Lebanese football its due, especially considering the huge talent we have here. I’m trying to create a positive change in the game in Lebanon, getting the building blocks of success in place for a brighter future.”

“I’m half-Lebanese at this stage,” said Bucker, who is married to a Lebanese national and lived in Beirut for many years. “I really love Lebanese football but the situation in the country has set the game back a bit.”

Consequently, Lebanon defeated the U.A.E 3-1 in what came as a shock to the Asian world of football. Wins against Kuwait and South Korea (ironically, placed in their current group at the FIFA World Cup 2018 and Asian Cup 2019 qualifiers) helped them to 2nd place in the Third Round of the FIFA World Cup 2014 qualifiers, taking them to the Final Round of qualification for the first time in Lebanon’s history.

This video was made in 2011 to show the progress made by the country after such a poor start: https://www.youtube.com/watch?v=9cgKDhnsu-o

As Bucker took his team to the Final Round, the situation was out of control. The match fixing scandal hurt the whole morale of the country itself – banning 24 players in the process, most infamously the adored Mahmoud El Ali – and forcing them to lose valuable points that could have led them to a surprise place amongst the top three in the Final round. The silly back pass from Ramez Dayoub (banned for life) to Sebastian Soria caused a 1-0 loss against Qatar in front of 40,000 Lebanese hopefuls and provided skepticism across the Asian footballing contingent.

Investigations took place, fan attendance decreased drastically (from 40,000 against Qatar to 13,000 and 8,000 against Iran and South Korea) and Bucker along with the players who ply their trade abroad – Roda Antar, Yousef Mohammed and Ziad Al-Samad – were losing hope in the national team. The final nail in the coffin came from South Korea, who scored a 97th minute equaliser to deny Lebanon 3 points and a chance of a 3rd place spot. Bucker took charge of the first two games in the Asian Cup 2015 qualifiers (5-0 loss to Iran, 5-2 win over Thailand) before handing over the reins to Giuseppe Giannini.

Taking over on July the 6th 2013, Giannini drew with Kuwait 1-1 and 0-0 in his a couple of his first competitive games. A loss against Iran while Kuwait defeated Thailand ended Lebanon’s hope as a direct qualifier and they could only go through as the best 3rd placed finish in the qualifiers and their only direct opponent was China. 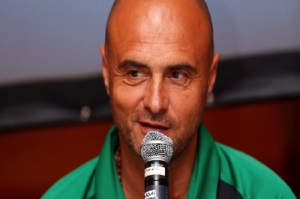 The situation was positive, entering the last 20 minutes of the round with Lebanon not one, but two goals ahead of China on goal difference. The score was 5-1 to Lebanon and 3-0 to Iraq (against China). Zhang Xizhe scored a penalty for China to peg the score back to 3-1 to bring both Lebanon and China on -1 goal difference and both on 8 points. The next tiebreaker was the amount of goals scored and Lebanon (12) were by far the better team, beating China (5) by 7 goals in terms of Goals For. However, just three minutes later Adisak scored for Thailand to bring Lebanon’s GD to -2 and eliminate them from the Asian Cup. Arab commentators were praising Lebanon and Iraq (both Arab countries) for almost qualifying together, but in the end it was the Far East (China) who triumphed.

Giannini then decided to take over the Olympic team ahead of the qualifiers for the U-23 Asian Cup in 2016, by integrating the senior team with the Olympic team in international friendlies. Players like Ghazi Hnaini, Youssef Hamadeh and Jed Chouman were called up and shone in friendlies against Brazil U-23 and Saudi Arabia’s senior team. Since the break for the Gulf Cup in the Middle East, Lebanon’s last senior friendly was a 3-2 loss against the U.A.E in early November. Lebanon have not played a game since then, and will play their first game at the end of May. All because Giannini failed to leave his assistant Carlo Tebi or the team manager Fouad Balhawan to assign someone to take over the national team for friendlies.

With names such as Jorvan Viera, Valeriu Tita and Adnan Hamad being circled around by the Lebanese press the LFA decided to appoint a manager with significant knowledge in Asia and Europe (while also being realistic in terms of who they can attract).

Miodrag Radulovic was brought in to make the change and I spoke to Ivica Madzarovic the editor in chief of www.cg-fudbal.com a site based around Montenegrin Football:

Appointing Miodrag Radulovic as selector of Lebanon’s national team is a news that pleased everyone in Montenegro.

He is one outstanding football expert who will undoubtedly contribute to improving the quality of the games and the results of Lebanon’s national team.

Wherever he worked, he introduced innovations that have positively influenced the game of the team. He is extremely dedicated to his job and therefore he always accomplished good results.

He is known as a coach who is forcing “Dutch football”, attacking and quick game, his team was always maximally tactical disciplined. He does not give up his philosophy of the game whether he plays against the strongest or the weakest team in the league.

As a coach, he began in Zeta in the league of former Yugoslavia. That team exceeded expectations in a very strong league with Red Star and Partizan.

He was a selector of the youth national team of Montenegro and he is fantastic with younger players. He worked as an assistant in Boavista and Dinamo Moscow. After that he had great result with the Uzbek Pakhtakor playing the Champions League.

He has worked in Kazakhstan in Atirau and saved that team relegation from the league because he was brought when the team was almost in a hopeless situation.

In Montenegro he won the title with the team Buducnost using a 4-4-2 system. In all the matches he played with two strikers. He is not afraid to play with younger players and excellently recognizes quality young players who can play in the first team.

With Al-Jahra he has made an amazing success. He recorded only two defeats in 23 matches and finished the season above all expectations.

Miodrag Radulovic is, in every respect, the right guy for the national team of Lebanon.

There is a great deal of optimism and praise coming from the Montenegrin side of the story. With his experience against big clubs in Red Star and Partizan, knowledge of Kuwaiti football and stints in Asia – Radulovic seems like a young, forward-thinking and experienced option for the Lebanese National team.

With Kuwait being our direct opponents for the 2nd place in the group, his knowledge is vital to providing a win for us in the first game at home against Kuwait. A friendly against Jordan has been confirmed at the end of May for him to experiment with the team before the tournament commences on June the 11th.

Who to look out for?

Roda Antar, the legend of the national team who previously played for Freiburg and Koln and is now at Hangzhou Greentown in the CSL may play in the early part of the qualifiers. His goalscoring exploits from midfield will prove worthy to a team that straightforward scoring ability. That may come from the dazzling winger Hassan Maatouk, plying his trade at Fujairah is known for his nimble running and knack for scoring [important] goals. Another attacking player abroad comes in the form of Soony Saad, at BEC Tero Sasana in Thailand.

Many of the domestic players will give Radulovic the chance to utilise their ability in important games in Asia, but Haitham Faour and Nour Mansour may have definitely made the cut. Both are versatile, technical and able to deputise anywhere across the midfield or defence but the latter is a ball-playing centre back as opposed to Faour, who is a holding midfielder akin to Lucas Leiva at Liverpool. Khaled Al-Takkaji, Nejmeh’s inside forward who has never really been on the international scene is certainly going to fight for his place.

A special thanks to Ivica Madzarovic for his help with information on Miodrag Radulovic. 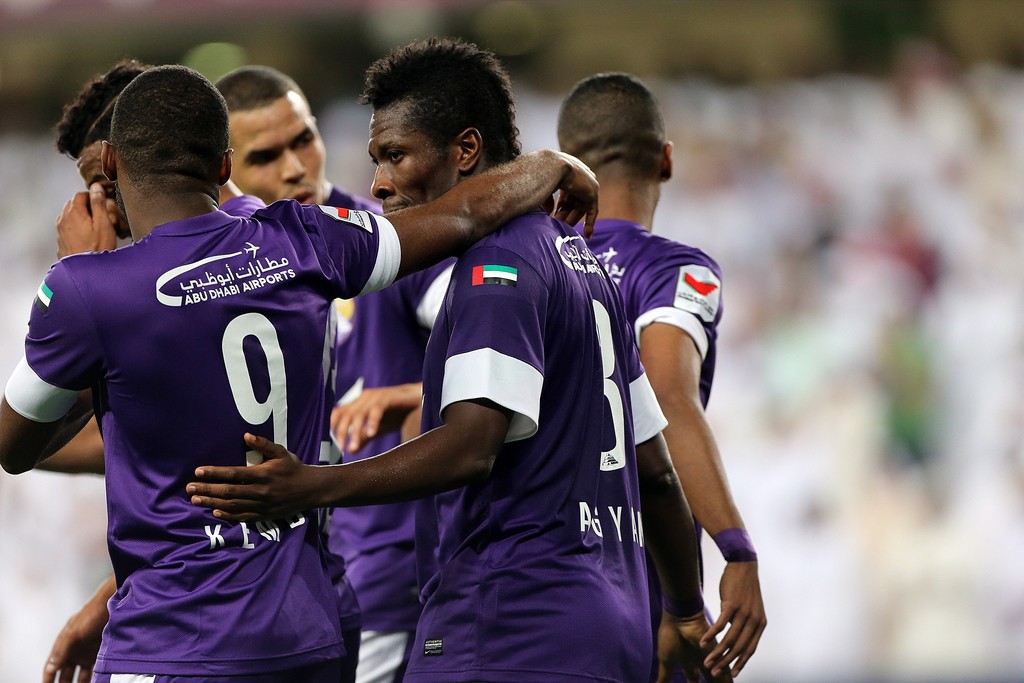 - Previous article « Legends of Arabia – A History of Foreign Players in the U.A.E, Part 2 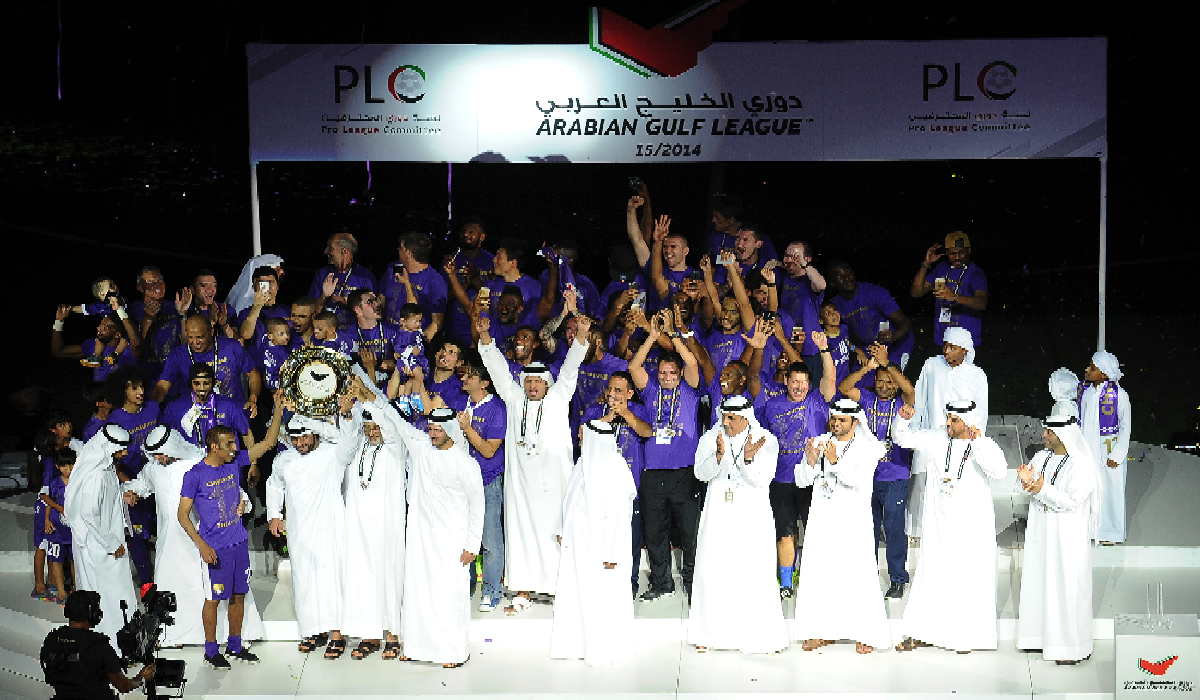 Next article - Al-Ain FC, Champions of the Arabian Gulf League »