The Legacy of a Legend – Asamoah Gyan leaves Al-Ain

Captain, record-breaker, goal-getter & money-maker. Some of the adjectives that have been swirling around Asamoah Gyan’s head for the last 4 years since his controversial move from Sunderland to UAE giants, Al-Ain in 2011. A move which was especially met with extremely big disapproval from many Ghanaian football fans back in 2011, that our national team captain & star playing is leaving the English Premier League for the UAE, even I myself was quite annoyed at the time. However the saying of “You don’t know what you’ve got until it’s gone” is true in his case for many Al-Ain fans & AGL watchers. After 4 years, 128 goals & 23 assists in 123 total matches for club nicknamed The Boss, Gyan raised a curtain to an illustrious career in the Gulf region after sealing a move this week to fellow Asian side & Chinese Super League big-spenders, Shanghai SIPG.

There have been many players in the UAE, both local & foreign, who have made their presence felt in the AGL & have reached legendary status, but no one has done it in such short space of time & emphatically like Gyan has. The normal stereotype or pattern for many neutral fans is to think that a player moving to Asia (a Gulf nation especially) is only there to retire or scarifying playing in Europe for a higher pay-day. In Gyan’s case, he did not come to the UAE strictly for a pay-day, he came to win trophies & score goals.

Gyan excelled as a lone striker in a 4-2-3-1 for most of his Al-Ain career. His leaping + heading ability, footballing intelligence & clinical finishing ability in front of goal made him one of the most feared strikers in the UAE & International team football. However, his partnership with Emirati playmaker, Omar Abdulrahman was a pure joy to watch for any football fan and arguably the best in Gulf football. The AGL’s answer to the famous Bergkamp-Henry duo in the English Premier League, the positional sense & almost telekinesis understanding between the pairing created some stunning goals. In fact, after going through all of Gyan’s goals and games “Amoory” was involved in, it was found out that “Amoory” assisted Gyan once every 3 non-penalty goals (NPG) the Ghanaian scored; 24 assists for 70 of Gyan’s goals scored. The reason for only counting 70 of Gyan’s goals was due to “Amoory” missing out on many games due to injury, therefore it would be unfair to count a game where the Emirati playmaker wasn’t involved in.

Amoory and Gyan. A partnership to be missed.

Winning the AGL Golden Boot three times in a row from 2011-2012 to 2013-2014, three AGL league titles, one UAE Presidents Cup & one UAE Super Cup title, Gyan also made his mark within the continent, showing his goal-scoring exploits in the AFC Champions League. 18 goals in 22 games against teams like Al-Ittihad (KSA), Al-Hilal, Lekhwiya & Al-Jazira within the last 4 years, however unable to guide Al Ain to their second continental trophy.

All in all, Gyan answered his critics with the numbers to back up his career choice, also in the meanwhile giving the AGL an expanded audience in Africa & parts of Europe. A cult hero around the small city of Al-Ain, the man nicknamed ‘Babyjet’, will leave the UAE with a huge sense of pride & establishment, and hope to carry his goals into the Far East of China. A legend that will hugely be missed, but his name will be engraved into Gulf & African football folklore for a long, long time.

A trio of memories – Gyan and Amoory

Amoory sets up Gyan in a win against now Qatari Champions Lekhwiya  in the AFC Champions League, however if we go a couple of years back to Al-Ain’s first league title win we see Amoory’s skillset and passing range compliment Gyan‘s intelligent movement and finishing ability. 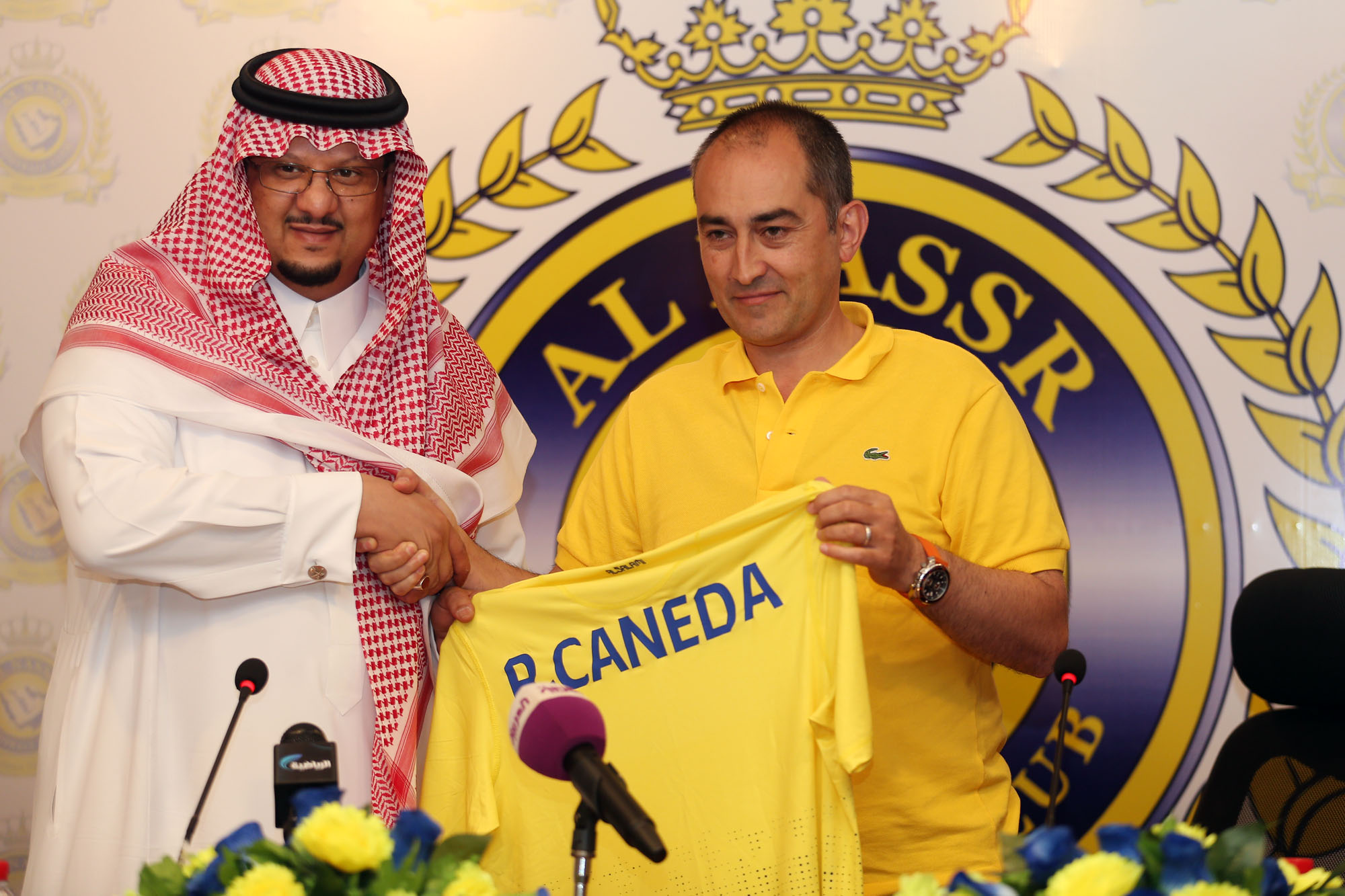 Next article - LEGENDS OF ARABIA: A HISTORY OF FOREIGNERS IN QATAR, PART 1 »