Persepolis FC, one of the most popular – if not the most popular – teams in Asia, never reached its high expectations from the 2007-2008 season when they won the Persian Gulf Pro League in the 96th minute under the management of Afshin Ghotbi. In the next five seasons, Persepolis never found itself above the 4th place and once – in the 2011-2012 season – even finished in the 12th spot. The team however rebuilt itself by getting young and ripe players, placing them next to famous thoroughbred and experienced players.

Ali Daei – Iran and Persepolis’s legendary player – was set to manage the team. His reputation as a manager was not the best, as he held a 40 and 30 percent win rate in Saipa and Rah Ahan, respectively. However, he had a good 50 percent win rate and won two consecutive Hazfi Cups the last time he managed Persepolis, so there was hope for the club reaching something more with him. Daei then went on to manage an impressive season for the Reds, and ended the season with Persepolis finishing runner up in the Persian Gulf Pro League, only two points behind Foolad FC (The Champion). This was the Reds’ most impressive season in six years, which gave hope of the championship to Persepolis fans for the 2014-2015 season. Seemingly the next season would be one for Persepolis to ease through, with good players being purchased in the summer, it seemed as if the team was near unbeatable. For starters, the Reds had purchased Sosha Makani, 2013-2014’s second best goalkeeper to put next to Nilson Corrêa Júnior, who was 2013-2014’s best keeper. Umaña the excellent Costa Rican defender also joined Persepolis alongside some young newcomers like Mehdi Taremi and Ahmad Nourollahi, and experienced striker, Reza Norouzi. The summer transfer window closed with Persepolis seemingly doing a very impressive job. However, bad management and bad luck started to play into Persepolis’ account as the Reds started the season.

The first game of Persepolis was against the newly brought up Naft, that ended its previous season one spot under Persepolis. The game began with an incredible free kick goal in the eleventh minute, from Payam Sadeghian, the winger who then was known as the most incredibly talented winger in Iran. However, Naft equalized in the 27th minute with a shot from Gholam Reza Rezaei and a howler save from Sosha Makani, who was then seen as one of the league’s best keepers. Then the game went on as Reza Norouzi and Abbaszadeh missed sitter after sitter, and the team’s confidence went down the drain. This was the worst possible start for the Reds. The Reds then played against Foolad FC, in which they lost 2-0 and Payam Sadeghian got a red card for pushing the referee, and then was excluded from the Persian Gulf Pro League for 3 months, because he broke and wrecked many objects in the changing room.

This was a big shock to Persepolis, as the team lost one of its key players. After that incident the team lost its harmony and went on to win two, draw one, and lose two more game under Ali Daei. With Persepolis’s last loss being against Tractor FC, in a game which Persepolis were in front the majority of the match, where the momentum changed after Bengar (Perspolis’s defender) assisted and Sosha Makani (Perspolis’s goalkeeper) scored an own goal. After that loss, Ali Daei was sacked in a shocking and disrespectful manner. The Reds’ manager wasn’t given any more chances and another manager was set to follow in his footsteps and try to lead the team towards championship, as he promised. Hamid Derakhshan, the Iranian and Persepolis legendary player but terrible manager, took charge of Persepolis. At first many fans didn’t appreciate the way he replaced Ali Daei, and didn’t like him as he always criticized every manager while he wasn’t a successful one himself. The fans were also angry at Persepolis’s Board of Directors whom didn’t give Daei any more chances and sacked him abruptly. The upset fans steered a war inside the directors with Siasi and Rahimi arguing against each other on live television. However, the fans became more calm after Derakhshan showcased a more attack oriented team which at the time, played better than Ali Daei’s balanced style.

Derakhshan went on to lose two, draw three, and win four games. With the fourth win of the team being against the arch rivals, Esteghlal, in the massive Tehran Derby. This made Derakhshan a fan favorite, for a little while. Winter transfer windows opened and Persepolis fans expected the Reds’ manager to get incredible players for Persepolis’ fragile positions, to strengthen the team’s weaknesses. However, Derakhshan bought mostly unknown and low quality players. Derakhshan also made an extremely controversial decision to let Nilson leave the team which was not something the fans liked. Both Persepolis goalkeepers who were incredible the previous season, had more than a disappointing season this year with terrible mistakes and shattered confidence. However, this wasn’t all their fault, in fact, it was mostly Derakhshan’s. His tendency of switching between the keepers after they made a mistake, wasn’t a good tactic, and put the keepers under extreme amount of pressure. This made the fans doubt the Reds’ manager once again, even accusing Derakhshan to be a football broker, with Tadeo being bought for the team while being overweight and unfit. A series of four consecutive losses in the league didn’t help either. This time putting the team in real danger of relegation. The arrest of the executive manager of Persepolis, Siasi, didn’t help the team either. In fact, Persepolis’s lack of consistent management throughout the Director’s board was a huge problem.

The inconsistency of the board meant the inconsistency of the team’s plan. Persepolis had an extreme amount amount of change in consistency and management, during the next 11 weeks. With Persepolis losing and drawing many games, this caused the Persepolis fans in the stadium to protest against Derakhshan, whose all out attack approach seemed to destroy the defensive mindset of the team, causing Persepolis to concede ridiculous goals. This brought a big negative atmosphere around Derakhshan, as the newly appointed Executive manager also gave hints of talking with two other managers, Branko Ivankovic and Afshin Ghotbi. However, Derakhshan succeeded at winning the fans’ hearts once again with the Reds’ dominating 3-0 win against Lekhwiya SC in the Azadi Stadium, followed by a win in Bunyodkor stadium against Bunyodkor. This made the fans give Derakhshan a second chance, which didn’t come to his savior, as he tied against a ten man Rah Ahan, who then was 16th in the Persian Gulf Pro League.

He resigned the morning after, and got replaced by the smart and tactical Croatian manager who managed Iran National Team for four years, Branko Ivanković. The croatian manager took the abysmal of a team from Derakhshan, and fought to stay up in the Pro League. At the end he came out with a victory in the relegation battle, keeping Perspolis up in the professional league, and even winning the derby against Esteghlal at the end of the season. And even though he lost and got knocked out of the Asian Champions League against Al-Hilal, everyone still appreciated his efforts. Even though the 2014-2015 season started off and went on as a nightmare for Persepolis, they still wrapped up the season with a big win in the derby, and a bright look into the future.

Persian writer and football enthusiast. Scribbles words in his spare time, for a novel-to-be. Dedicated Perspolis and Team Melli fan. 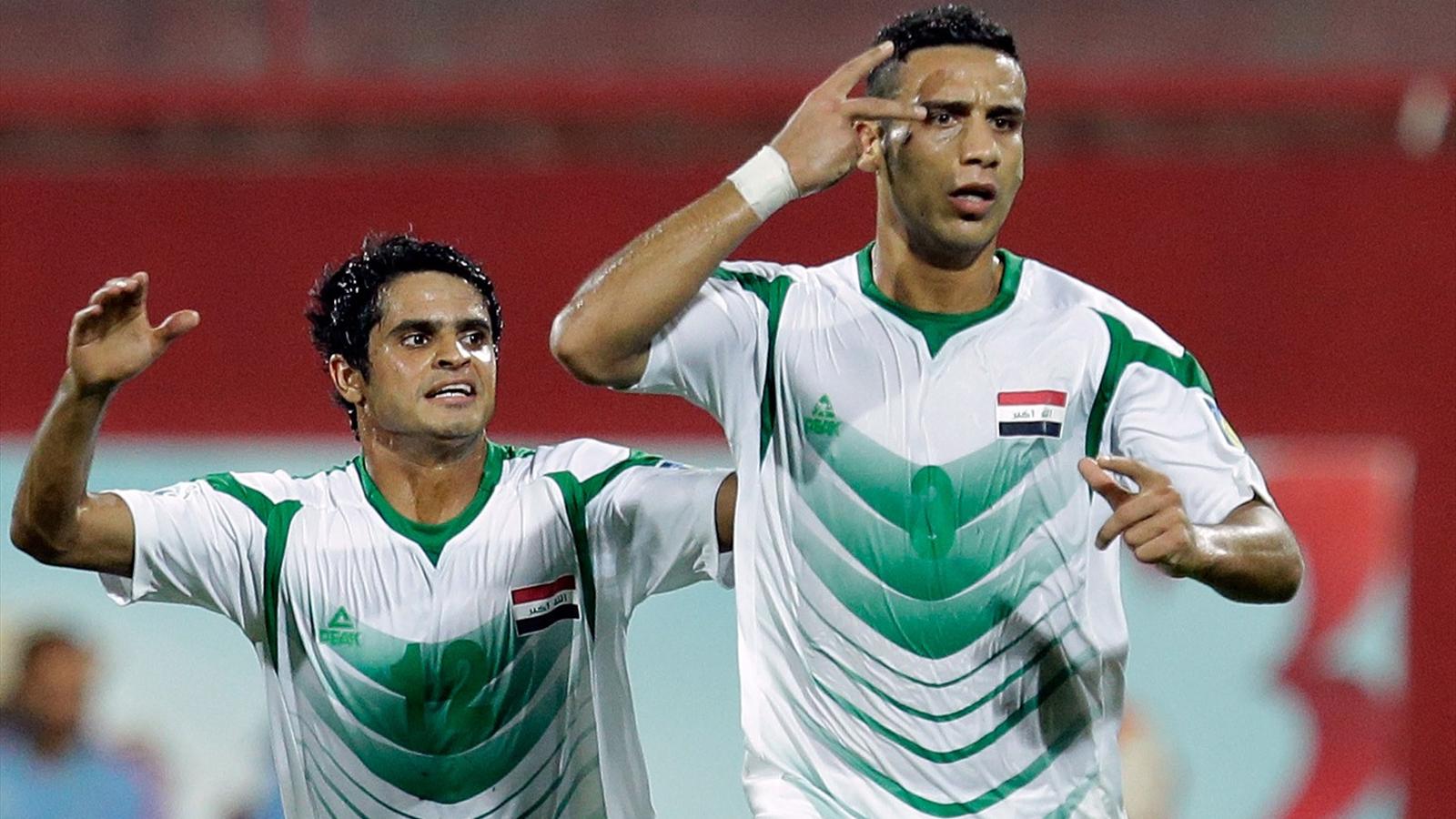 Next article - ALI ADNAN: First Iraqi in Italy’s Serie A »