Saudi Arabia and Egypt Cancel Each Other at World Cup

As we enter the World Cup year, we are yet to see how the Saudi Arabian team will line up under Juan Antonio Pizzi. The SAFF’s decision to send a second-string side to the Gulf Cup in Kuwait under Croatian coach Krunoslav Jurcic meant Pizzi’s debut in the Green Falcons’ dugout will be delayed until four months before the World Cup kick-off in mid-June.

Saudi Arabia have been handed a reasonable draw, alongside the host nation, Egypt and Uruguay. Pizzi’s men will play the opening match of the competition against Russia, the lowest ranked of the all 32 teams present in the world cup. Saudi can grab a draw against the hosts, but will then face the unenviable task of facing a Uruguay side led by the likes of Edinson Cavani and Luis Suarez. A likely win for La Celeste means Saudi will go into the final group match in need of a win against Egypt. The Pharaohs will likely beat the hosts then lose to Uruguay, leaving them in need of victory to confirm a place in the knock-out stage.

Here is where our prediction comes into play. The two Arab nations will play out a draw, denying each other the opportunity to advance from the group as the hosts defeat an already qualified Uruguay in the second match amidst rife conspiracy theories and recollections of similar tales for Algeria in 1982 and Morocco in 1998.

“Next year will be our year” is a phrase that has gained global recognition as the motto of the ever-optimistic Liverpool fans, but in the Middle East, it is another continental giant that is synonymous with this annual ritual.

Saudi Arabia’s Al Hilal have last won the Asian Club Championship in 2000, and since then it has become an obsession for the Blue Wave faithful to lift their seventh continental trophy, having also won Asia’s top title in 1991 and added two Super Cups and two Asian Cup Winners Cup titles to their trophy laden cabinet.

Al Hilal reached the AFC Champions League final twice in the last four years, but defeats to Western Sydney Wanderers and Urawa Red Diamonds in 2014 and 2017 respectively left their fans wondering if they will ever see their side crowned Asian champions again. Their misery is compounded by the fact they have never played at the FIFA Club World Cup, a fact their rival fans at Al Nassr love to rub in their faces, reminding them of their status as the first representatives of Asia in the competition back in 2000.

Alas, 2018 will not be Al Hilal’s year. As Carlos Eduardo continues to nurse an injury that will keep him out until after the Champions League group stage, and the side struggles to find a reliable goal scorer to support Omar Khribin. Expect Ramon Diaz’s men to struggle continentally, probably failing to make it past the last 16. Diaz himself might be out before 2018 ends, especially should Al Hilal squander their lead at the top of the domestic league to concede the title to Al Ahli.

Where Al Hilal’s struggles continue, Al Jazira will finally break the curse. The Abu Dhabi side have failed to advance past the group stage in six of their eight Champions League appearances. Al Jazira are winless in their last 15 games in the competition, their last win coming in April 2014 in Qatar against Al Rayyan.

Four years on from their last three points in Asia, Henk ten Cate’s men have conquered the league title in 2016/17 and impressed in the global stage with their displays in the 2017 FIFA Club World Cup.

Going into 2018, Al Jazira find themselves faltering away in the league, and are unlikely to be able to mount a serious title challenge to the likes of Al Wasl, Al Ain and Al Wahda. This time around, the Champions League will be prioritised, and ten Cate will lead his team to survive a group that also includes Saudi Arabia’s Al Ahli, Iran’s Tractor Sazi and the winner between Qatar’s Al Gharrafa or Uzbekistan’s Pakhtakor.

Unlike Saudi Arabia, Iran find themselves in arguably the most difficult group of the 2018 FIFA World Cup, alongside European Champions Portugal and 2010 World Cup winners Spain, in addition to Morocco.

But also unlike Saudi, Iran have many weapons they can utilise to pull out an upset in Russia 2018. For starters, stability is one big advantage for Team Melli; by the time the World Cup kicks off in June, Carlos Queiroz will have completed seven years in charge of Iran. One of the longest serving amongst the 32 national team managers.

Crucially, Queiroz is also a former manager of Portugal whom Iran face in their final group stage match. His in-depth knowledge of his home country’s side, in addition to his astute tactical discipline and the abundance of talents at his disposal, all help his case as Iran look to go one step further against Cristiano Ronaldo and co than they did against Leo Messi’s Argentina four years earlier, when they lost in the dying minutes.

Our bold 2018 prediction is that Iran will defeat Portugal to survive the Group of Death.

The Brazilian is week-in, week-out proving he has what it takes to make the leap into European football. And having warded off interest from Al Hilal in the 23-year-old, Al Wasl have tied up Lima to a new deal until 2022. However, this new deal is as much about securing a high fee on future transfer as it is about keeping the player at Zabeel Stadium.

Manuel Lanzini was the last young player to make the jump from the UAE to Europe, with Al Jazira nearly doubling their investment on the Argentine upon selling him to West Ham for a reported €12 million. Al Wasl could be set to make a significantly larger profit, having acquired Lima from his native Atlético Goianiense for less than a million Euros. Potential suitors have reportedly been quoted €15-20m, which the Brazilian can possibly justify with his performances.

Be it this January, in the summer or even next winter, Fabio de Lima is destined to make a big money move in the next 12 months. 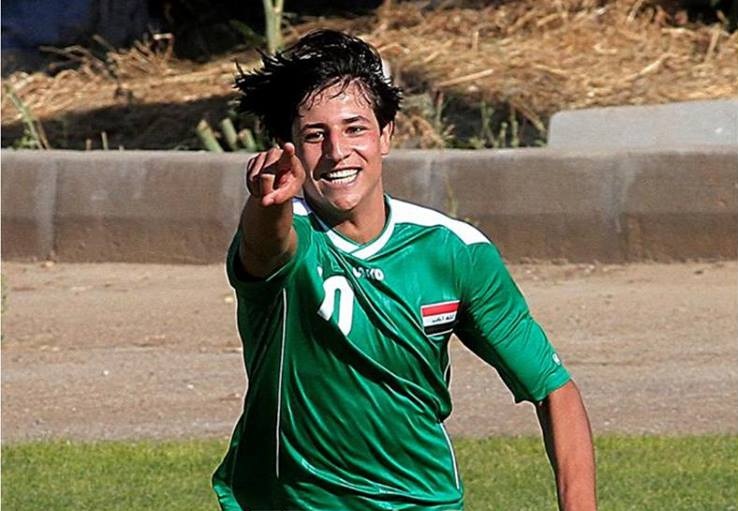 Next article - Hussein Ali: The Iraqi starlet winning praise at the Gulf Cup »