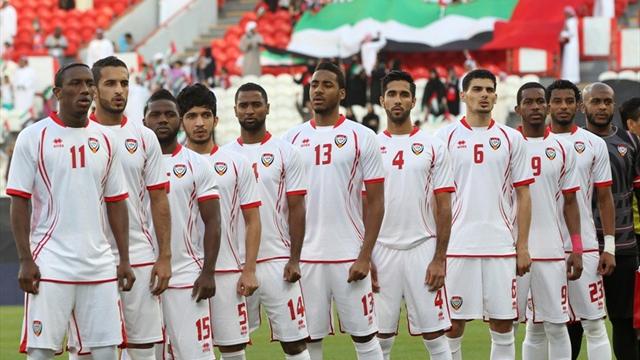 UAE National Team manager Mahdi Ali announced on Thursday his 25 man squad for the 2018 FIFA World Cup qualifiers against Japan at home on March 23 and away in Sydney against Australia on the 28th.

The Whites squad saw the inclusion of Al Jazira’s goalscoring centre-back Fares Juma and creative midfielder Khalfan Mubarak. Mahdi Ali will be hoping Juma can replicate the form that saw him score 5  league goals this season to pose an attacking threat from set-pieces as well as provide a solid presence at the back.

As usual, the core of the squad came from Al Ahli and Al Ain, with the Dubai club represented by no less than eight names despite the absence of Majed Hassan who is recovering from an ACL injury.

Al Ain’s Amer Abdulrahman retained his place in the squad despite being relegated to the bench since manager Zoran Mamic took over at Hazza bin Zayed Stadium. He joins six other Al Ain players in the squad.

Veteran Ismail Matar was recalled while his teammates Mohammed Abdullah and young Mohammed Al Hammadi will be gutted not to receive call-ups following impressive campaigns for The Clarets.

Here is the full UAE squad: