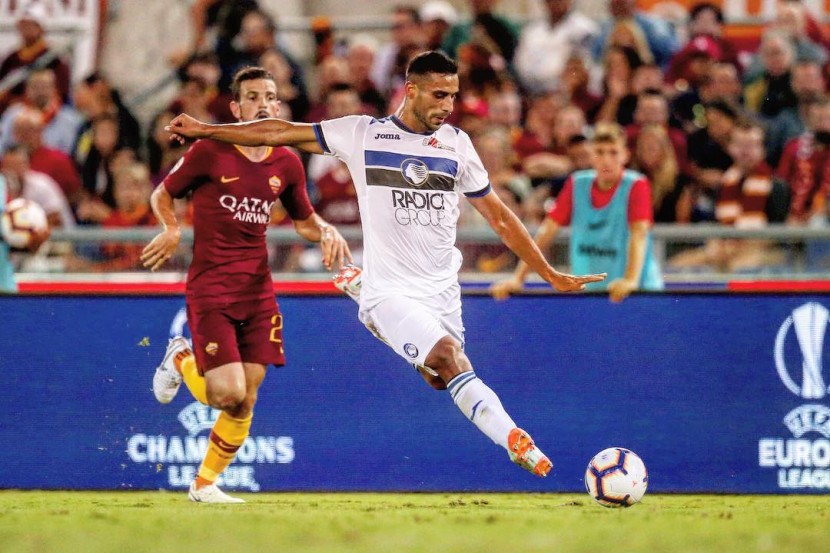 A month ago Iraq’s Ali Adnan packed his bags and returned home to Baghdad after Atalanta coach Gian Piero Gasperini had informed the Iraqi defender the Italian club had dispensed with his services and told him to look for another club.

The Italian sports papers have written little on the reasons why Ali Adnan was released by the Bergamo club however the player recently revealed the full story to Al-Iraqiya Sports TV.

Atalanta and the Asian Cup

Ali Adnan was signed by Atalanta from Udinese on a season-long loan deal on August 17, 2018 that saw Marco D’Alessandro move in the other direction. The Iraqi struggled to break into Gian Piero Gasperini’s team and made just three Serie A appearances for the Bergamo club, the last coming on September 30, 2018 in a 2-0 defeat to Fiorentina.

The left back was on the bench for 13 of the first 16 Serie A matches but after returning from the Asian Cup, Gasperini surprisingly decided to release the Iraqi player without any explanation.

Representing his country at the Asian Cup was important for Ali Adnan. The full back pointed to the inexperience of the Lions squad and as one of the key players, the 25-year-old felt he needed to be present for the start of the team’s training camp in Doha in late December.

The player explained this to Atalanta’s club president and team director and they were all in agreement about allowing the player to leave early for Qatar to start his Asian Cup preparations. The final decision however was left to the Atalanta manager.

When Ali spoke to Gian Piero Gasperini, the 61-year-old allenatore insisted he travel four days later to coincide with FIFA regulations. But at the meeting, Ali explained he had not played many matches during the season and the two warm-up matches against China and Palestine would benefit him to gain much needed match fitness before the start of the tournament.

The Atalanta manager however warned he could face a form of punishment or a suspension if he left early. Ali said he had no issue with any punishment that came his way and joked “But are you going to fine me if I produce a good level at the Asian Cup?”

The manager approved Ali’s early departure and said he would speak to the club’s board. The player believed any punishment would only lead to a fine or that he would be forced train on his own when he returned back from the Asian Cup.

Ali left and started and played every game at the Asian Cup where he was one of Iraq’s key players. The Atalanta manager and the team director would contact him throughout the competition and after he scored the winner in the opener against Vietnam, the first text message came from the Atalanta manager congratulating him on his last-gasp free-kick goal and for the victory.

After the defeat to Qatar in the Round of 16, things began to change, sitting on the team bus returning to the team hotel he was contacted by Atalanta’s team director Mirco Moioli and he informed Ali that they wanted him to return to the club immediately. The player told team-mate Mohammed Kasid, sitting beside him, about what Atalanta had wanted and explained to him that he was tired, both physically and emotionally, after the defeat and needed a rest.

The Iraqi team captain advised him to speak the club to explain things. The full back wanted to spend two extra days in Dubai as his parents were in the city, which would allow him to rest and recharge his batteries, and he explained this to the team manager, who said he would get back to him.

An hour later Moioli phoned him back and explained the manager had told him they had two upcoming matches against Roma and Juventus and so Ali had to return to Bergamo as soon as possible. Ali told him his flight was scheduled for Friday and would be at training the next day, but if the club wanted, he would rearrange it for an earlier flight for the Thursday. However the team manager told him that Saturday was fine but that he should not arrive any later. 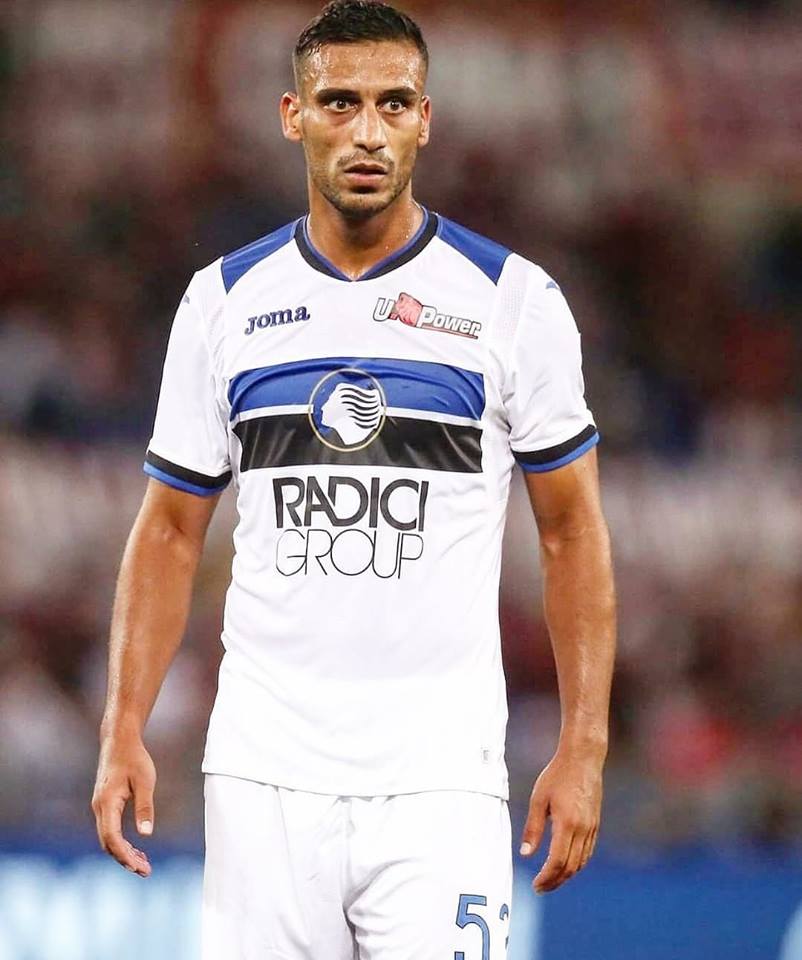 He arrived backed in Italy on the evening of Friday, January 25 and trained with the team the next morning, with the manager lauding the Iraqi defender in front of the rest of the players and coaching staff on his performances at the Asian Cup and told him he wanted him to score goals like he did against Vietnam for Atalanta!

Everything seemed normal at the first training session. The manager informed the player that he would not be considered for the Serie A game with Roma the next day as he had arrived hours earlier and it would be difficult for him to prepare in time. But Gasperini told him the club had a friendly game he would start in and that he should rest to get ready for the next game with Juventus.

Atalanta had a Coppa Italia tie with La Vecchia Signora (“the Old Lady”) on the Wednesday night and Ali Adnan was named amongst the 23-man playing squad. He travelled with the team and slept at the team hotel and the next day took part in a light training session on the day of the game. Before breakfast, the team manager notified the Iraqi player that Gasperini had told him that he should return home as there was a friendly match the next day and that he wasn’t needed for the Juventus game.

Ali complied however some of the players were surprised, telling the Iraqi left back that the manager should have informed him earlier and they found it strange Ali had joined up with the rest of the team at the team hotel only to be released only hours before the game.

Ali Adnan saw no problem in his manager’s request for him to return home from the team hotel. He had a shower and got dressed but as he prepared to leave, he was met with the presence of assistant coach Tullio Gritti.

“The manager wants to see you?” Gritti told him. Ali went to the Atalanta manager’s room and everything seemed normal as he sat down face-to-face opposite his manager.

Gasperini then began to open his mouth “Ali, you have to find yourself a new club?”

The player laughed. “Why are you joking with me like this?” Ali exclaimed, not believing what Gasperini was telling him.

The January transfer window had closed on January 18, four days before Iraq lost 1-0 to Qatar in the Asian Cup, so with Atalanta releasing him, it had left the Iraqi defender in limbo.

“No, you have to find yourself a new team,” Gasperini reiterated.

Ali was shocked and again asked “Mister, are you joking or not?”

“No, I meant what I said, contact your agent and tell him to find you a new club.”

The player got up from his chair and bluntly told the Atalanta manager that the January transfer window had been opened for almost a month and asked why he hadn’t informed him of his intentions to release him whilst it had remained opened.

“Why could you not have told me a week before the transfer window closed or the first day when I returned back to Italy?” Ali decried.

The manager was adamant Ali should find a new team, and if he couldn’t, Gasperini told Ali he could return back to Udinese. But Ali explained Udinese had already registered their squad for the remainder of the season and they would not have been able to re-register him.

During the Asian Cup, Atalanta had strangely renewed Ali’s loan deal with Udinese but six days after returning from the UAE, Gasperini had decided he did not need the Iraqi terzino sinistro.

Ali Adnan believed the whole scenario had been constructed solely by the Atalanta manager. The Iraqi full back stated Gasperini had similiar experiences with other players in the past, where one player had been forced to train on his own and had to remain at the Bergamo club after the transfer window had closed.

The Iraqi had strong words for Gasperini and told him he was a professional player who had played in Italy for five years making over 70 appearances in Serie A. He insisted Atalanta would continue paying his salary, whether he found a new club or not and that the Atalanta manager had no right to speak or treat him in the manner he had done.

He left the room and phoned his agent Christian Emile, who at first, believed the Iraqi player was joking, when he initially received the call. There were problems between Atalanta and Udinese over how the defender had been treated, with the Udinese club President Franco Soldati having harsh words with his Atalanta counterpart in defence of the Iraqi player.

Atalanta’s club president Antonio Percassi contacted the player and maintained even if he was not part of the first team under Gasperini, the club would continue to pay his salary and added he would be allowed to train at the club. However Ali Adnan told him he respected the way he had stood by him but as an Iraqi player who for over six years had played for the national team and was one of the main players of the team, he declared “I won’t be returning or setting foot inside your club and I’ll be sending someone over to pick up my stuff.”

Ali Adnan returned to Baghdad and has trained at his former clubs Nadi Amana Baghdad, Al-Zawraa and Al-Quwa Al-Jawiya to keep himself in shape. The Iraqi player has only a few options with the transfer window only open in Japan, China, the United States, Sweden, Norway and Denmark, with recent reports in the Iraqi press indicating he is set for a move to the MLS. 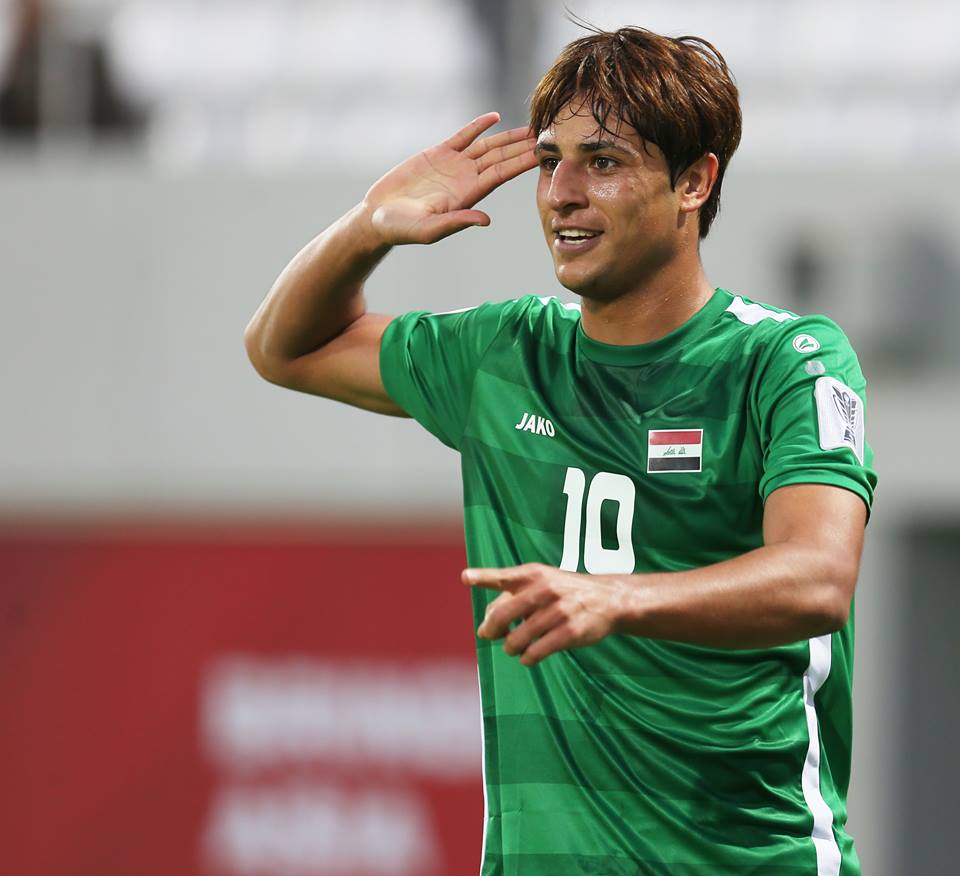 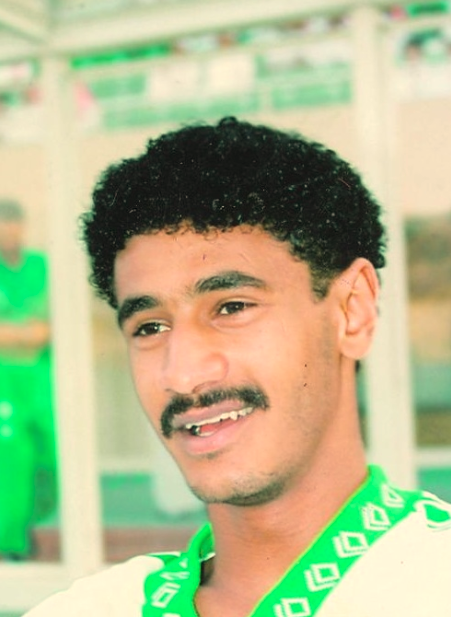 Next article - Fahad Al-Ghesheyan: Cruyff of the Desert »