The former Iraqi captain Younis Mahmoud conquered Asia in the most difficult of times in the country’s history, and today, as the newly elected president of the Ex-Iraq international players union, the ex-footballer is attempting to just get his word out as a voice for change in the Iraqi football community.

The Iraq FA, in its election year, is constantly attempting ‘to move the goalposts’, as it previously has done, using the FIFA threat of any outside interference and now with the football community behind the stars of yesterday, Younis Mahmoud and other stars of the past, the FA are putting obstacles in front of the candidates.

Younis Mahmoud spent the past 18 months jumping through hoops to gain his candidacy to run for the presidency of his former club Al-Talaba, however the Iraq FA insisted any person nominated had to hold a graduate degree. Now after the Iraqi parliament ruled ex-international players would get an exception in club elections, the Iraq FA has put forward another stipulation, where a nominee had to have at least three years of experience in football administration, ruling out the likes of Younis Mahmoud.

As the former Iraqi captain pleaded for an additional thirty minutes to deliberate further on who the union of former Iraqi international players would nominate to represent them in the FA general assembly, Younis Mahmoud told the FA officials sitting up on the stage. “They (the ex-players) want something better, something for the country, we came to work with you, not to oust you, but to help you, we did not come to be against the FA, I swear we have not come to be against the FA.” FA official Falih Mousa then defiantly shouted out in response “we’re not scared of anyone.”

From 83 individuals of the ex-international players union, only one person will represent them at the FA general assembly. Nashat Akram claimed the Iraq FA’s conditions and regulations for candidates wanting to be nominated for the FA elections were “naïve” and called the decision to allow just one representative of the ex-international players in the FA’s General Assembly as “unfair”.

The former Iraq midfielder stated that the Iraq FA “feared” the entry of ex-star players such as Younis Mahmoud and Emad Mohammed in the FA where they did not have anyone but two people who could speak English. Nashat Akram had voiced the opinion that he and many of his generation of players only want the chance to have a prominent and effective voice in the FA, and stated that he would even work as a guard at the FA’s headquarters if he could get his opinion across and more importantly that it would be heard and the same goes for his former 2007 Asian Cup winning captain Younis Mahmoud.

FIFA needs to monitor the situation

As a person who has followed the workings of the Iraqi FA, I hope the world footballing governing boday FIFA will make it clear to the Iraqi FA that it keeps to a fair and open elections, with the FA being clear and transparent on electoral regulations. In the past the Iraq FA has used smoke and mirrors in the way it has conducted the running of bygone elections, keeping things in the dark until the last minute and even removing candidates on the pretext of regulations which had cropped up overnight.

The Iraqi FA since 2003 has been a closed house of only a handful of individuals. The FA general assembly who elect the FA officials has been wooed by certain figures in the Football Association, enticed by loans and other benefits which include extra funding or the mere opportunity for members of the general assembly to travel with FA delegations on visits abroad. When Hussein Saeed became president of the Iraq FA in 2004, after a year in an interim role handed to him by the post-war US administration, he used the football clubs in the south and north, led by his two assistants Najih Humoud and Abdul-Khaliq Masoud, to garner support. The vote in the summer of 2004 had been pre-determined and this is what officials from the top Iraqi clubs told the media presence at the elections. The next elections, Hussein Saeed was overthrown by his two vice presidents, using every trick in the book to get rid of Hussein Saeed’s name on the ballot box, so when Hussein Saeed resigned, the FA administered by the two vice president removed Hussein Saeed’s name as a presidential candidate.

The ‘Game of Thrones’ football elections

Presidential candidate Hussein Saeed however declared that he had only stood down as FA president but had not withdrawn his nomination for the FA presidency. He claimed that the FA under Najih Humoud had rescheduled the elections for June 18, 2011 when he was in Mexico fulfilling his duty as a member of FIFA’s organising Committee at the U17 World Cup and unable to attend the elections in Baghdad. This is an example of how the Iraqi FA is working to prevent individuals from standing as candidates. As they had done with Hussein Saeed, they are attempting to do the same with Younis Mahmoud and others, even using the media to manipulate the information reaching candidates with the incorrect details for dates of the nomination of candidates! Najih Humoud backstabbed Hussein Saeed and won in 2011 and then after CAS declared the elections as void, Abdul-Khaliq Masoud distanced himself from Najih Humoud, forming his own clique with Ali Jabar and Kamil Zaghir and so the legacy of 2003 remains to this day. The year’s election is expected to be fought between Abdul-Khaliq Masoud, the incumbent president of the FA and his vice president Ali Jabar. The officials within the FA have made sure to sideline big star names, with Sharar Haidar, the only ex-international footballer in the current FA, who has stood down on a few occasions citing how the FA was being run as a reason and that his opinions and voice having little effect.

I give you an example of how ‘transparent’ the work of the current Iraq FA really is at election time. In 2013, the fully-intact Iraq FA Executive Committee (after the Court of Arbitration for Sport had dissolved the Iraqi FA) circulated to the Iraqi media several press releases announcing the date of upcoming elections would commence on 18 January 2014. The dissolved FA formed illegitimate and illegal electoral and election appeal committees, and controversially promoting thirty clubs from the third tier league to second tier league, and most importantly fixing the nomination timeline for the candidacy to the upcoming elections as followed: to be opened on 1 January 2014 and closed on 8 January 2014. This date however was proved to be wrong, and some had claimed it to be part of the FA’s misinformation to confuse the media and the nominees, while the inner crowd of the FA knew the true entry dates for the nominations. The correct date was December 1 to December 8, with the 6th and 7th of December being weekend holidays in Iraq, allowing little time for a meeting of club administrations to nominate their candidates. Candidates also had no idea where to submit or send the application of nomination nor to whom since the invitation which some received three days and others five days after the timeline began, didn’t specify the address or place at which said application would be filed, and that the application should be filed with the election committee, which up to the specified date had not been disclosed to anyone outside of the Executive Committee or where it was located or its contact information. The power of distortion and misinformation and little has changed four years on.

While FIFA has stated previously that any dispute within in Iraqi football is a domestic issue, the individuals running the Iraq Football Association are dictating the running of the elections and who can and cannot be nominated based on unfair and illegal regulations. What the football community in Iraq has seen since 2003, is a stolen democracy where deals and gerrymandering is conducted behind the scenes with previous elections a testament of this. FIFA must insist that the Iraq FA and their officials do not use their authority to overrule or dismiss candidates citing regulations or unlawful rules that are used to omit certain nominees.

What Iraqi football asks of FIFA is the opportunity for ‘an equal playing field’ not allowing individuals in the current Iraq Football Association to create rules out of nowhere to omit candidates nor deploying misinformation and ultimately for a fair and transparent elections to take place under regulated conditions of an independent body removed from the workings of the current Iraqi FA. FIFA must act, not as an aide or defender to incumbent Football Associations and officials, but to football as a whole, to make sure free and fair elections take place. 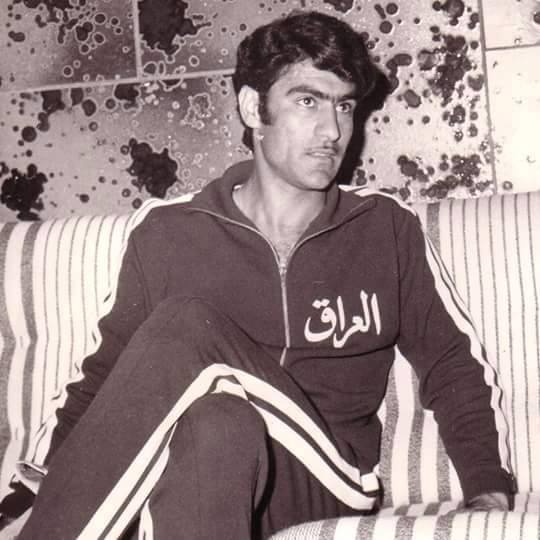