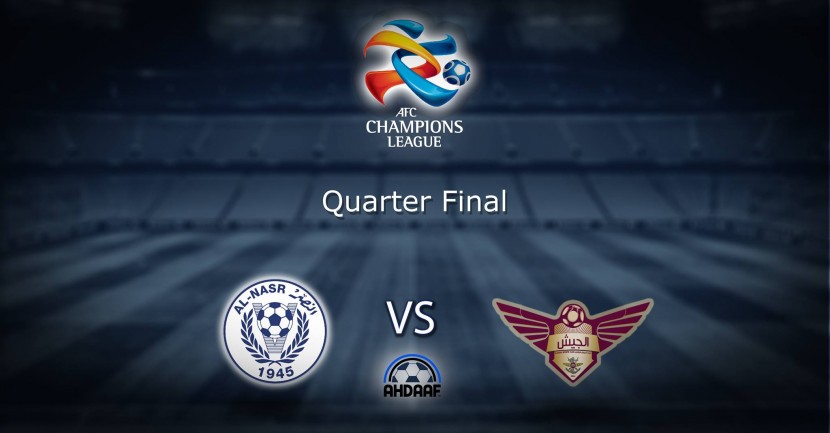 Al-Nasr have strengthened two key positions over the summer, with Brazilian (Indonesian) striker Wanderley replacing the inefficient Nilmar up front and local powerhouse Fawaz Awana entering the fray at the Dubai-based club. The signing of Abdelaziz Barrada has also been one of intent with the former OM player expected to lead Al-Nasr all the way to the Asian Champions League title. 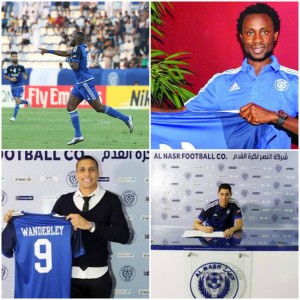 Al-Nasr started off with a disaster. Everyone was expecting a repeat of their disappointing performances after two Chimba goals in Isfahan sent the Blues home with no points. However, the return match saw Al-Nasr return the favour with a 2-0 win of their own against Sepahan.

They went on to win a match against all odds, with less than a thousand of their supporters present in Saudi Arabia to watch their encounter with Ittihad FC and their 38,000 fans. A well-oiled counter attacking performance led by the enigma himself, Nilmar, saw them defeat Ittihad with thanks to the Brazilian striker’s brace.

The next three matches were a bore. Two nil-nil draws and a hard-fought yet equal performance with Lokomotiv at home that ended 1-1 were enough to send Al-Nasr through to the next round, where they would face Tractor Sazi. Iranian-Saudi tensions continued to rise at this point and Emiratis were not too fond of Saudi’s enemy either, so the match would garner lots of attention.

A 4-1 thrashing of Tractor Sazi at home was followed by a heated press conference from Tractor manager Amir Gholanoei who claimed that the “pitch was like a hospital as the players were resting on the ground and wasting time like all Arab players do”. Al-Nasr then scored the first goal in the away leg in Tabriz, but conceded 3 goals in quick fashion and were on the verge of conceding an aggregate equaliser under the immense pressure led by the unforgiving Tractor Sazi fan base. But Jovanovic’s men held on and succeeded in making a historic appearance in the quarter-finals.

Amir Mubarak: The defensive midfielder is one of the most underrated players in UAE Football, with his ability to navigate his way through pressure and spray the ball out of defence a great attribute for Al-Nasr. Protecting the defence at all times, it has been quite a while since the Blues looked weak with Mubarak starting.

Mahmoud Khamis: The left-winger-cum-left-back is technically proficient and capable of scoring from set-pieces, including shots from range as he showed in the match against Tractor Sazi. He is the team’s captain and one of the more experienced players in the squad.

Wanderley: Expected to hit the ground running after a wonderful stint at Sharjah, Wanderley is the ideal striker to fill the void in attack. Technically and physically better than former striker Ibrahima Toure, but also taller and stronger than Nilmar, Wanderley is more than just one-dimensional and can prove decisive for Al-Nasr’s fortunes. 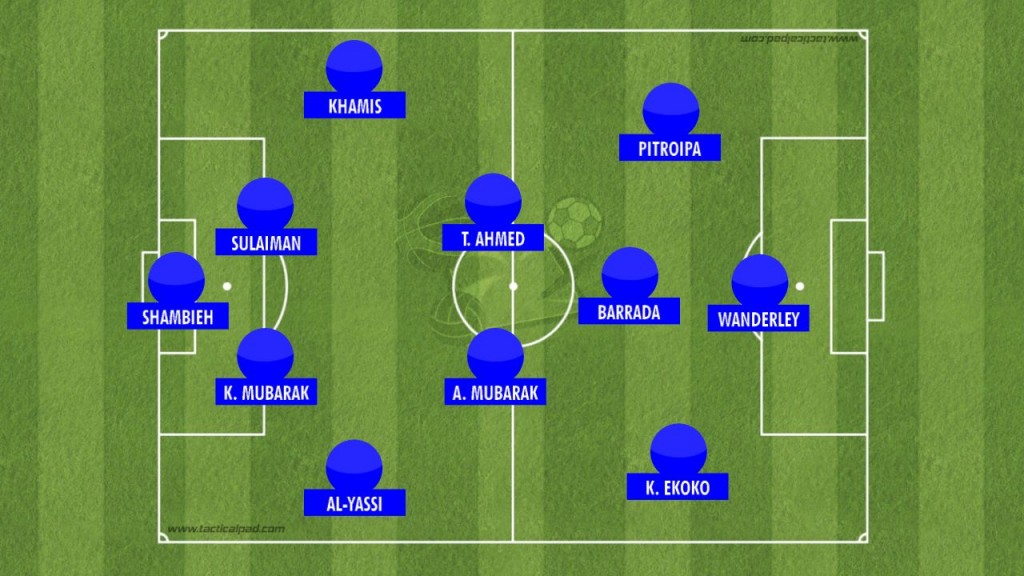 After bettering their best Asian performance by reaching the quarterfinals, it was expected that El-Jaish would make a splash in the transfer market to try and go all the way. Although their plans were affected by the two-month long injury layoff to joint QSL top scorer Abdelrazak Hamdallah, El-Jaish have brought in a mixture of youth and experience to help their cause. The major signing of the summer transfer window has been Seydou Keita with the Malian set to take on a leadership role in a team that had been lacking in such personalities, ever since the departure of Anderson Martins and Wesam Rizk. El-Jaish have also signed Mohamed Abdelrab Al-Yazidi on loan from Al-Kharaitiyat; the midfielder has prior experience in the AFC Champions League, having been part of the title winning Al-Sadd side in 2011. Dame Traore, the towering QSL winning defender and Qatari international, has also arrived at the club, on loan from rivals Lekhwiya. Another loanee who may turn out to be a crucial signing is the 22-year old attacker Hamza Al-Sanhaji, who comes from Al-Sadd on a six-month long deal. 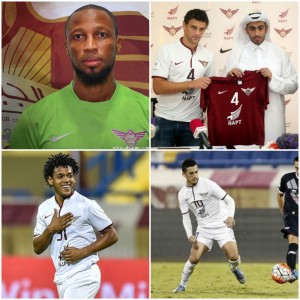 El-Jaish entered this season’s ACL through the back door, having had to defeat Iranian side Naft Tehran to qualify for the group stages. Naft had knocked El-Jaish out at the same stage in 2015 but this time around, the Qataris took revenge with goals from Hamdallah and Romarinho seeing them through.

The opening group game saw El-Jaish travel to Emirati giants and former Asian champions Al-Ain. In a surprising turn of events, Hamdallah inspired El-Jaish to coast to a 2-0 lead at halftime, scoring one and setting up Romarinho for the other. The Armymen held on to register an opening day despite the attempted comeback from Al-Ain, who had Dyanfres Douglas score a penalty and miss another.

Exactly a week later, El-Jaish completed a remarkable double over Al-Ain by beating them in Doha by the same 2-1 scoreline. Hamdallah was once again impressive, getting a goal and an assist each.

The impressive run of form continued on Matchday 3 as Uzbek striker Sardor Rashidov latched on to a through ball from 2014 Asian Young Player of the Year Ahmed Moein to score a late goal against Nasaf Qarshi to take home a further three points. The result meant that El-Jaish sat on top of Group D with a 100% record and a six-point lead.

Matchday 4 saw El-Jaish wrap up qualification for the last 16 with a point from a goalless draw in Qarshi.

Having secured a berth in the next round, El-Jaish seemingly took their feet off the gas in the remaining two group games. But despite being thrashed 1-4 at home and 0-2 away by Al-Ahli, El-Jaish had done enough to go through as winners of Group D courtesy of a better head-to-head record with Al-Ain.

Abdelrazak Hamdallah – a huge miss for the Qatari side.

Seydou Keita: This double UEFA Champions League winner has years of top-level experience under his belt and needs no further introduction. Instead of replacing the injured Hamdallah with another foreign striker, El-Jaish went for Keita to add solidity to a midfield that has missed a tough tackling physical presence. The match against Al-Nasr will be Keita’s debut outing with the team and he needs to hit it off and get in sync with the rest of the team if El-Jaish are to benefit from him.

Romarinho: In the absence of Hamdallah, scoring responsibilities will undoubtedly fall on the shoulders of Romarinho, who has been nothing short of impressive in recent seasons for El-Jaish, with 24 goals in 38 matches. Capable of playing as a playmaker, a second striker or on either wing, Romarinho has shown his prowess in ACL 2016 with 4 goals and 2 assists so far. The question now is whether he can step up and fill the shoes of sharpshooting Moroccan partner.

Sardor Rashidov: 2015/16 was Rashidov’s first season with El-Jaish, and the Uzbek delivered nine goals from the left wing as the Armymen finished runners-up in the league and went on to lift the Qatar Cup. But it wasn’t just in scoring that Rashidov shone. Intelligent play, coupled with his dribbling and passing abilities saw him become a feared component of the R-H-R triumvirate (alongside Romarinho and Hamdallah). 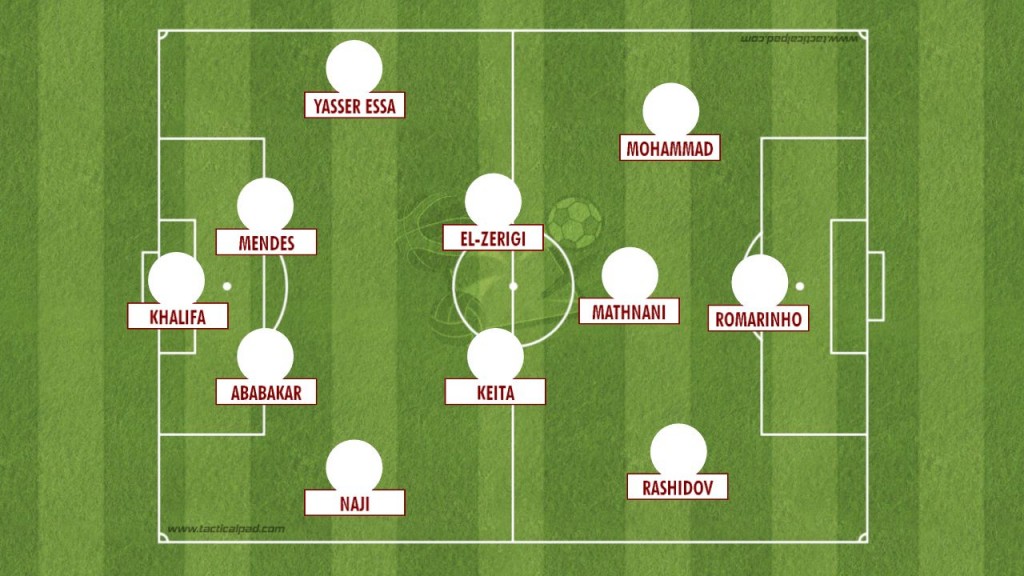 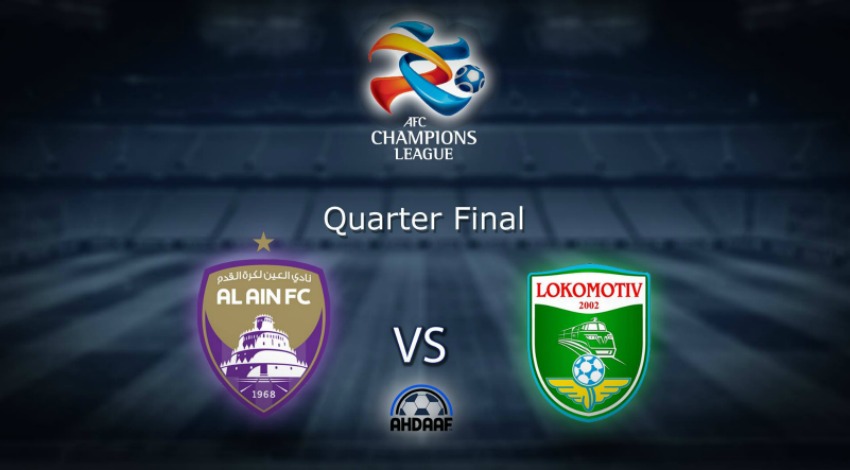