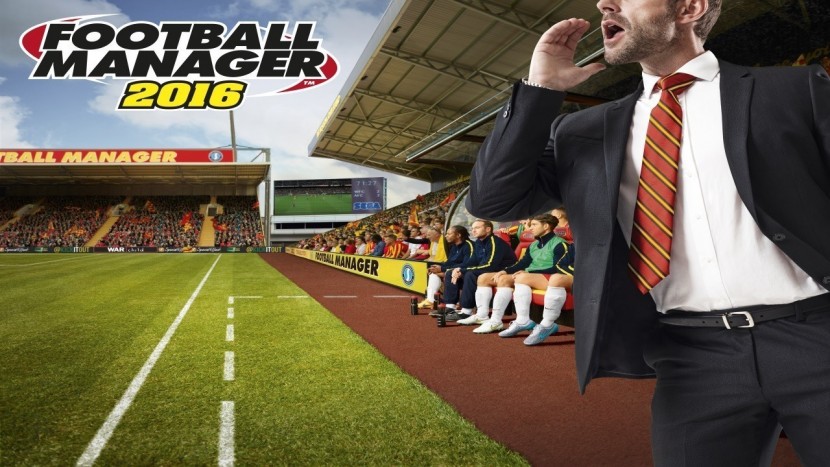 Well, it has been a tough few weeks. We’ve done our best to create every single league in the Middle East to its absolute depth, with realism in terms of foreign players, managers, records, results, kits, national teams, divisions, prize money, etc.

We’ve completed full squads of clubs in the first divisions of Saudi Arabia, U.A.E, Qatar and Iran, while the rest of the nations have seen their managers and foreign players all up to date. To add into the realism, we’ve created down until the lowest division of each nation.

How to add the leagues into your game: 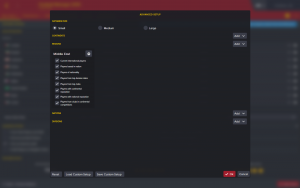 We also have a set of challenges that you may want to try out. Please note, these are ones that you can embark on on your own, not ones in-game. This is to give you something to do if you are out of ideas or have no idea what to do:

Win the Asian Champions League with Al-Hilal, Saudi Arabia – Al-Hilal fans have long been waiting to participate in the Club World Cup, also known as the “Alamiya” in Arabic. With the club having one of the strongest squads in Asia never mind the region, it shouldn’t be too hard a task.

Win the AFC Cup with a Kuwaiti club – They may be banned from AFC competitions in real life, but Kuwaiti clubs are still going strong in-game. Can you make it another consecutive win for the nation in the second tier competition?

Get past the Asian Champions League Group Stages with a team NOT from Qatar, Saudi Arabia, U.A.E or Iran – Teams from Jordan, Kuwait, Bahrain, Palestine, Yemen, Oman, Syria, Lebanon and Iraq have been rooted to the AFC Cup or AFC Champions League Group Stages due to their low ranking. Qadsia attempted to qualify for the group stages in the #ACL2015 but lost out to Al-Ahli, and Jordan’s Wehdat will take on Saudi giants Ittihad in the #ACL2016 qualifying rounds. Can you do so with a team, but more so, ensure qualification from the group stages too?

Take Dhofar back to the Omani Premier League title – The best team in Oman historically, Salalah-based Dhofar, are in need of a revival and they have a big challenger list in the form of Al-Orouba, Sohar, Al-Suwaiq, Fanja, Al-Masna’a and more. Can you overtake them all and head Dhofar towards the league title?

Take the U.A.E/Qatar to the World Cup – Both these teams have the promise to do so, with the former hosting the 2019 Asian Cup and impressing with their Golden Generation, they have to qualify for the World Cup to prove it, right? And will Qatar grab their last chance to make a World Cup before 2022? It’s your chance to find out…

Win the league with Hussein Irbid, Jordan – The Kings of Jordan’s Northern Governorate, Irbid, are struggling to answer their fans’ wants. While their fans believe they can win the title, they are rooted to a mid-table position. The big task at hand? Breaking the duopoly of Wehdat and Al-Faisaly.

Win the Palestine Cup with a Gaza-based team and take them to the AFC Cup – Ittihad Shujaiya made history when they travelled to the West Bank and faced Ahli Khaleel in the play-off for an AFC Cup spot in the Palestine Cup. Unfortunately for them, they lost in the 93rd minute to an Ahmed Maher free-kick and failed to create more history. You can change that.

Win a game with Yemen at the Gulf Cup – P: 24, D: 5, L: 19, W: 0. That’s right, in 7 Gulf Cup tournaments Yemen have failed to win a game and they are going by the current motto of the poor get poorer and the rich get richer. The catch? They are the only poor ones in the 8-team tournament!

Win the Persian Gulf Pro League with Esteghlal Khuzestan – The Leicester City of Iran are second in the PGPL at the current time of writing. They finished in the relegation playoffs last season, so their in-game team will be poor.

Al-Wasl, United Arab Emirates – have one of the best fan bases in the region but haven’t tasted a league title win since 2006/07.

Dhofar, Oman – They are the best team in Oman but have failed to win a league title since 2005

Al-Ettifaq, KSA – One of the best Saudi clubs, rooted in the first division…

Muharraq, Bahrain – No longer the Sheikh of Gulf clubs, but they have been lacking identity in the last decade

Ansar, Lebanon – They are far behind Nejmeh and Al-Ahed in Lebanon, and as the best club in Lebanon league titles-wise; they need to get back on the map

Al-Gharafa / Al-Arabi, Qatar – Both clubs have 7 league titles each and at least the same number amount of Emir Cup wins, but Lekhwiya, Al-Sadd, Al-Rayyan and El-Jaish have taken their spots at the top.

Al-Faisaly, Jordan – Not exactly sleeping giants but they have teetered of the title scene in the last few years.

Al-Karkh, Iraq – They won almost everything as Al-Rasheed in the 1980s but haven’t touched a trophy since then.

Persepolis, Iran – Persepolis are a sleeping giant because they’ve never won the ACL, they’re the team with the most semi final appearances without actually making it to the final.

Keep the Al-Ahli (KSA) Invincible streak going for at least another season – It is near impossible to achieve an Invincible season on FM. Doing it on your first try, even harder. If you can avoid defeat with Al-Ahli (who at the time of writing are undefeated for more than 45 league games consecutively), for the 2015/16 league season, you are a legend.

Win the Gulf Cup of Nations with Yemen – Says it in the name. Near impossible.

You will be tasked to win every single top-level competition there is in the Middle East, and we say top-level because there are more than 70 if you take lower divisions into account. Also, due to the natural power of foreigners in the Middle East we do have a bit of rules around it, so bear with us. With our tweaks, you will only have 50 competitions to win.

Season 1: You are allowed to maximise your foreign spots, whether it is 3 or 4 (depends on the country)

Season 3: You can only play with 1 foreigner.

Season 4-6: You can only play with a local squad + foreigners FROM the Middle East ONLY.

Season 7+: You can only play with a fully local squad. By now, you should be a renowned manager who is able to maximise local player quality. 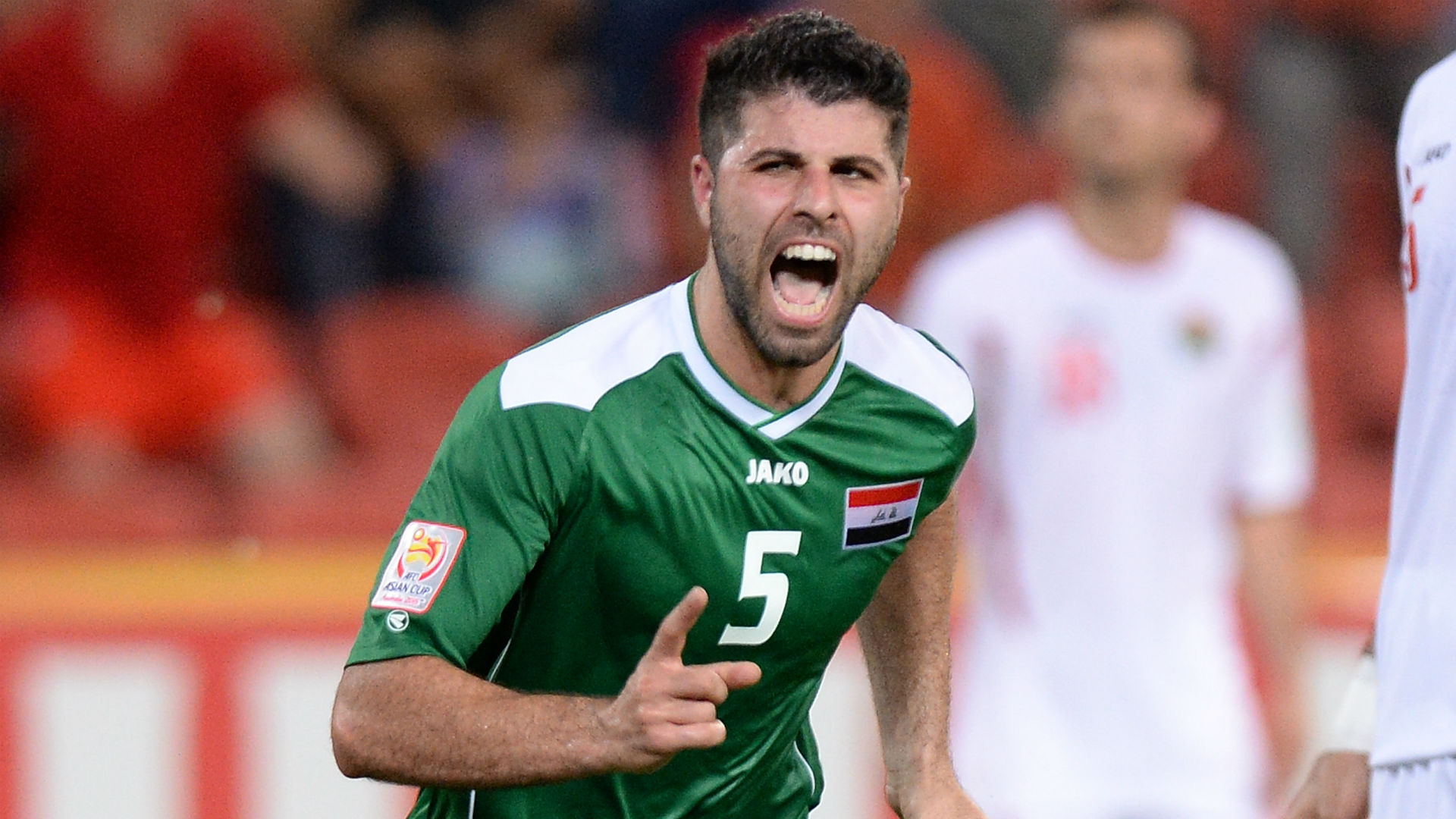 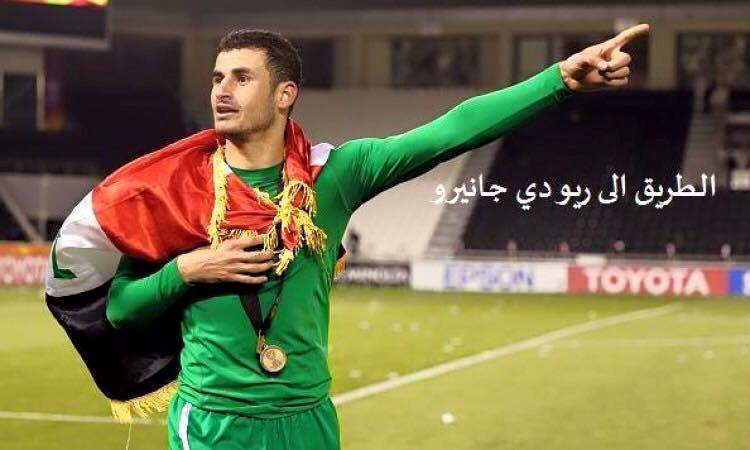