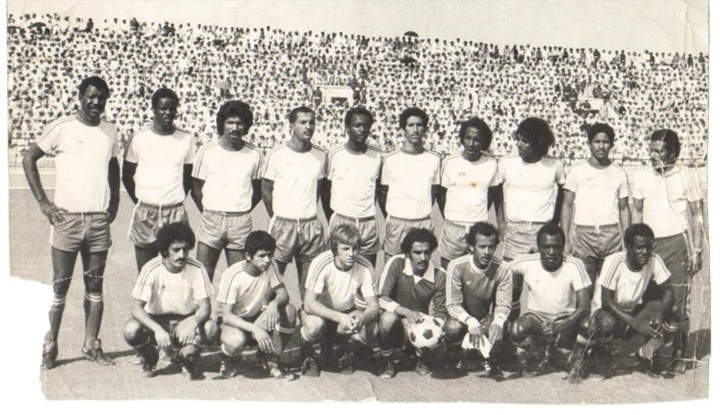 Legends Of Arabia: A History Of Foreign Players In Saudi Arabia – PART 1

From Maradona’s childhood hero to three Ballon D’or winners and two Real Madrid captains and even a homosexual love affair with a prince. For every hero, there is an absolute flop and for every youngster who came in and ended up spending a decade in the region, there is a superstar who cost a fortune only to make a handful of appearances. In this new series, we explore the tales of some great, and some not-so-great, footballers to have graced the pitches of the Middle East. 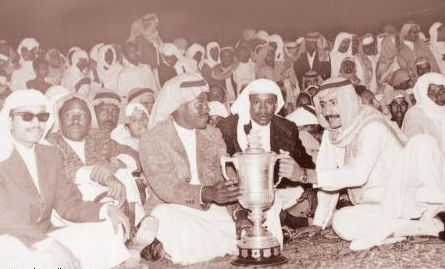 When football first arrived to the gulf in the early 20th century, the vast majority of players were from the Indian subcontinent and Iran as well as North Africa. This was purely reflective of the demographics of the area back then. Football as an organized sport with governing bodies would only make its way to the region in the 1950s. This was the first time clubs saw value in having the best talents around their local communities. Further regulations over the following decades meant that foreign players were banned from competing in domestic leagues as the local federations saw this as detrimental to their chances of competing in the newly established regional and continental tournaments. It is important to note that up till the late 1960s, most of the Gulf States weren’t yet independent sovereign countries so the definition of local citizens was a bit blurry and many Iranians and Arabs played for those national teams simply by virtue of living there.

The 1970s saw the introduction of professional contracts which were limited to foreign players, ever since it has become the norm to refer to foreign players as “Muhtarifeen” or professionals, as opposed to local players who always had a full time job to pay the bills and football was merely their after hours entertainment and mean of staying fit. This remained the case, with incentives and winning bonuses creeping into the game gradually, until the past decade when leagues across the Gulf started turning fully professional to varying degrees of success.

He Only Wanted To Play Football

When foreign players were first allowed in Saudi Arabia in mid 1970s, most teams looked to get talent from Egypt and the Sudan, both Arab nations back then giants of African football. Al-Hilal was the pioneer in recruiting non-Arab players into the league. Englishman George Smith was the manager of the Riyadh based team in the seventies and he was told to bring in players from his native England. Such was the gap in quality of both football and living standards between the Middle East & the UK at the time, the best Smith could manage is to lure in a non-league Irish footballer by the name of Eamonn O’Keefe. Then 22 years old, O’Keefe signed-up to the promise of a tax-free wage and being the key man at one of the nation’s biggest teams. 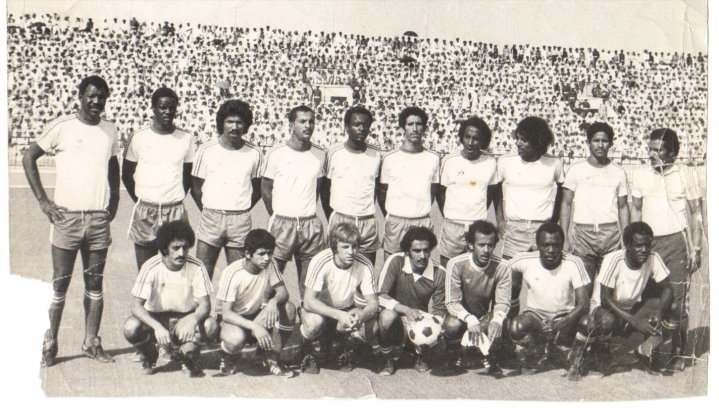 A rare picture of Eamonn O’Keefe with Al-Hilal. You can guess which one is the Irishman.

In his autobiography “I Only Wanted to Play Football”, published in 2010, The Irishman claims he received a proposal from the president of the club to end his football career for a luxurious life as the gay lover of said prince. While the validity of those claims cannot be verified, what is known though is that for some inexplicable reason, he played under the Arabic pseudonym Ayman Haddad by which he remains known for the Saudi public to date. O’Keefe/Haddad would go on to represent the likes of Everton & Wigan and even won 5 caps for the Republic of Ireland in the early eighties. While he may not have exactly set the world alight with Al-Hilal, the signing of Eamonn O’Keefe was a turning point in the way Saudi clubs looked at recruiting foreign players and it was only upwards from there on.

To go from signing a non-league youngster to landing a world cup winner and one of the best players on the planet at the time, albeit in his later days, is quite a feat, and to experience that massive jump in stature in just a couple of seasons must have been an enviable feeling for supporters of Al-Hilal. 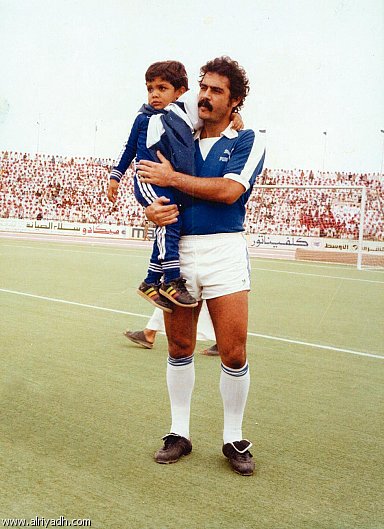 Rivellino posing for a photo with a young Al-Hilal fan.

When news surfaced that a Saudi Arabian team is negotiating a deal with a certain winger from Brazil with the name of Rivellino, most football followers around the world had never heard of Al-Hilal. But by the beginning of the 1979-80 season, a fee believed to be around 10 million Saudi Riyals was agreed making the moustached Brazilian one of the world’s most expensive footballers at the time. The man Maradona once described as one of his childhood idols was soon strutting his stuff at Al-Malaz stadium. In his three seasons in Riyadh, Rivellino propelled Al-Hilal to two consecutive league titles for the first time in their history and added the 1980 King’s Cup, in the process scoring 23 goals in just over 50 matches. His famous left-footed strikes including a title decider against archrivals Al-Nassr, seen below, remain one of the most memorable football moments in the history of the nation.

If Rivellino was the first superstar to ply his trade in the Arabian Peninsula, then his compatriot Sergio Ricardo was without a doubt the most impactful in Saudi football. The prolific attacker first arrived in the region in 1998 following a less than impressive stint in Turkey with Fenerbahce. He was introduced to the Saudi league through Al-Ahli at the age of 23. Little did he know back then that he would spend very much the rest of his career in these shores. By the time Sergio retired in 2010, he had played for three of Saudi Arabia’s top 5, creating unforgettable moments at each one of them. For Al-Hilal fans, nothing will ever top Sergio’s 2000 Asian Champions League final hattrick (including a golden goal) to strip Japan’s Jubilo Iwata from their title as Asia’s finest in what was arguably the finest individual display in the competition’s history.

Following three memorable seasons at the capital, the Brazilian moved back to Jeddah this time with Al-Ittihad where he spent the next four seasons winning one league title and establishing himself as a cult hero at the club where he is to date considered one of the finest foreigners to ever don the black & yellow shirt. “Al-Majnoon”, the Crazy one, endeared himself to the fans by making a habit of scoring in the Jeddah derby against his old club Al-Ahli. All his 10 goals can be seen in the below video.

Sergio was extremely unlucky not to win the Champions League again with Al-Ittihad as administrative problems meant he was banned from the continental squad as his teammates went on to secure the first of two consecutive Champions League titles. By the time the tigers lifted the trophy again in 2005, Sergio had moved to Qatar’s Al-Gharrafa where he was a shadow of his former self. Soon enough he swapped Qatar for Kuwait joining Al-Salmiyah where he partnered club legend Bashar Abdullah to a devastating effect ending the season as the league’s best attack despite a less than impressive 3rd place finish. Saudi came calling again for the Brazilian Ibn Battuta, albeit this time through lowly Al-Wahda and from there to Al-Raed, telling signs that his best days were behind him. In 2010, one of the best attackers to have graced Saudi pitches finally returned home to Brazil to hang his boots at Botafogo following an 11 years career in the gulf. 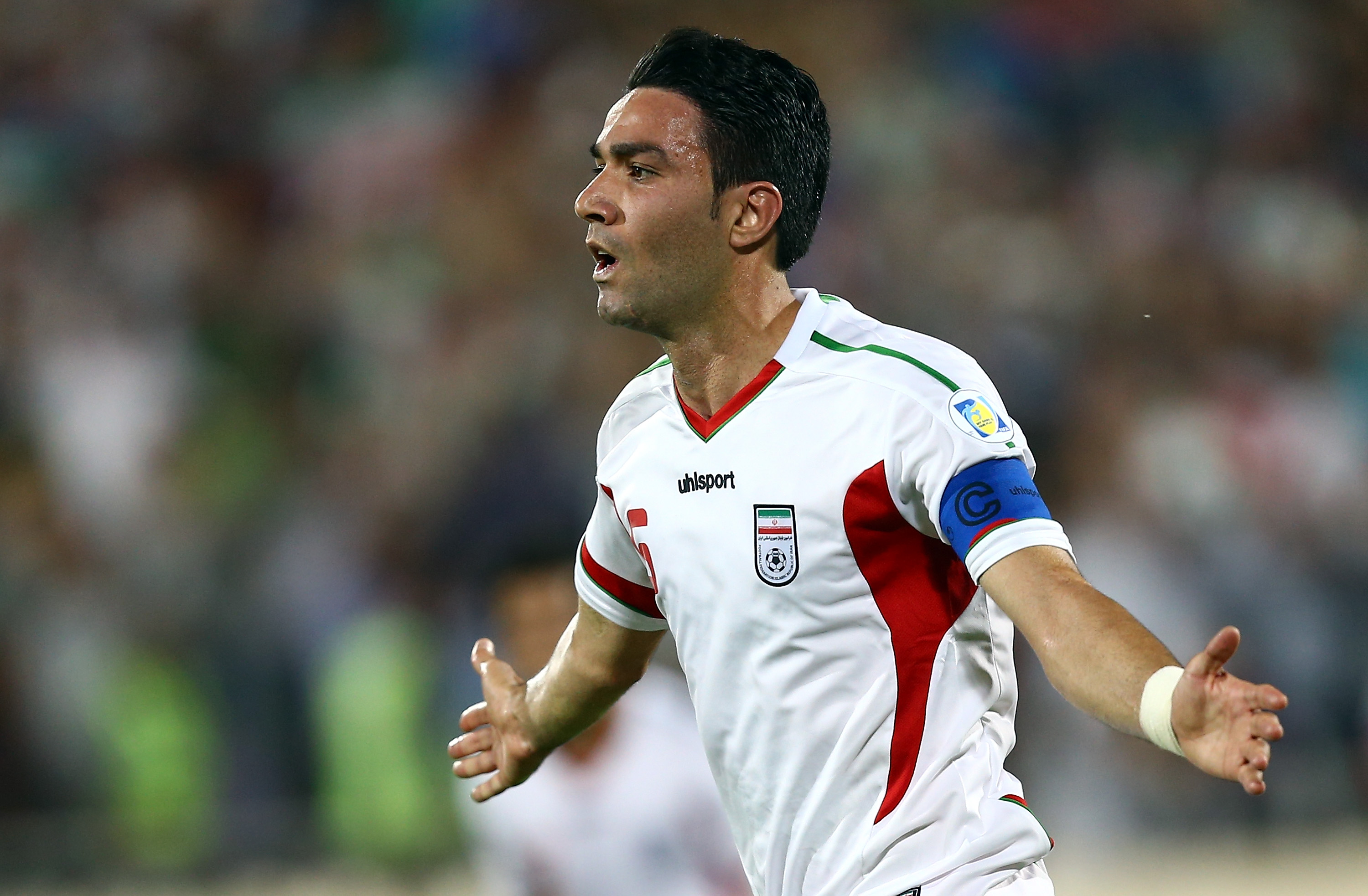 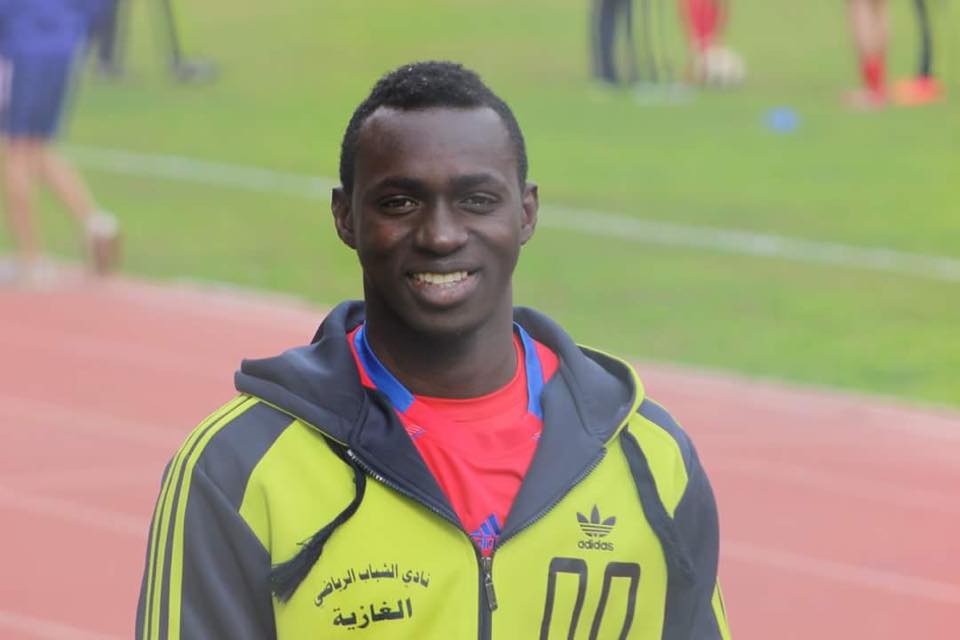 Next article - FRIDAY WITH… ABDOULAYE KANOUTE »