The top of the table clash between Al-Ain The Boss and Al-Jazira The Spider was a highly entertaining match that further showed the quality that the tactically astute Al-Ain produce, lead by their Croatian manager Zlatko Dalic in front of 12,000 passionate fans. Al-Jazira on the other hand came into the game with their orthodox game plan under Eric Gerets; direct, counter attacking and high tempo football.

Al-Ain lined up in an orthodox 4-2-3-1 formation throughout the game, while Al-Jazira were more flexible with dynamic movements from the front four.

Al-Ain take control of the first half hour

This game was heavily in Al-Ain’s favour to begin with as whatever they did simply outsmarted the opposition with ease. Al-Jazira have been leaking goals this season (only 3 teams have conceded more than them in the league – Fujairah [11th place], Ajman [13th] and Kalba [14]) while they have scored the same amount of goals as Al-Ain with 47. Al-Jazira’s attack has been devastating this season but with the bleak form being produced from the exquisite partnership of Mirko Vucinic and Ali Mabkhout, Al-Ain have been playing catch-up and after a 7-0 drubbing of Ajman – they equalled Al-Jazira’s goal tally.

Nevertheless, with the central triumvirate of Helal Saeed, Lee M.J. and Omar Abdulrahman all able to keep the ball and penetrate the opposition defence The Spider looked a shambles. Especially their midfield – which lacked a certain destroyer in Khamis Ismail – that looked very vulnerable with the energetic Yacoub Al-Hosani coming in to deputise for the tenacious Khamis. Jucilei, formerly of Anzhi and Corinthians, was doing his usual job of using his skill on the ball from deep but Al-Hosani was not an adequate replacement for Khamis. Al-Ain, specifically Amoory, were able to have one player draw 4 Al-Jazira midfielders into a very narrow semi-hexagonal shape. This freed up space on the half spaces and flanks, where Miroslav Stoch was able to work in without having to endure a great deal of pressure. Nevertheless, his performance was not deemed worthy of a full game as we was subbed off for the powerful Diaky Ibrahim later in the second half.

For the first goal, we saw a pattern that was evident throughout the game and the whole season itself. Al-Ain lined up in a 4-2-3-1 but Amoory would switch positions with Gyan once Al-Ain had a goal kick. The diminutive playmaker would make an arced run away from the goal while Gyan jumped in to win the header.

This led to the first goal for Al-Ain after Gyan won the header and Amoory found space in between the centre backs and scored his first goal in almost 130 days for Al-Ain. A superb left footed finish, aided by the poor display of goalkeeping in the first half:

The second goal occurred after Al-Ain won the ball back deep in their half which resulted in a player from each team falling down, taking a knock. Asamoah Gyan continued with the ball and was left with a 1v3 situation but his exquisite finish was met with the unsupported Al-Jazira complaints who claimed that their player had fallen and the play had to stop. That’s not how it works, both players fell down, and the advantage was not used. Gyan is coming back to his best and will want get closer to Fahad Khamees’ all-time record goalscoring tally of 165 goals in Emirati Football. The goal:

As soon as Al-Ain scored their second goal they sat back in what was known as the usual Zlatko Dalic performance. Organized, cautious yet tenacious off the ball. Al-Jazira now took initiative and ended the first half with more possession even though they had less of the ball in the first half hour. Omar Abdulrahman partnered Gyan to press from the front – partial pressing more than aggressive pressing – to form a 4-2-2-2 which looked to concede less space in the centre as that was where Manuel Lanzini, Mirko Vucinic and Ali Mabkhout could all make problems in. Jonathan Pitroipa was isolated on the touchline and looked more threatening when he drifted inside, but generally Al-Jazira were too late to realise the problem.

Mabkhout cutting inside and Lanzini drifting out wide actually caused more of a problem for Al-Jazira with Lanzini’s lack of defensive tendencies allowing the near side full back to push up the pitch. There were also moments where Ali Mabkhout tried to force passes into the channels but that was ineffective too. Mirko Vucinic and Manuel Lanzini usually drop in behind and create chances for Mabkhout who cuts inside into the open space to score, but this match saw none of that. Most of it was players running into blocked areas as the double pivot of Al-Ain were superb – 37 year old captain Helal Saeed providing an inspiring performance for the winners.

The different Al-Jazira saw them try to slow down the game before hitting a long ball into space in front of the wingers to utilise, and that worked to some extent before Mohammed Ahmed did well to nullify some of those attacks.

A scrappy game towards the end

The last 20 minutes exemplified Middle Eastern Football, with a scrappy, pacey game in our hands. Long balls, counter attacks, crosses and crazy sweep-keeping saw the game out in what was very entertaining until the very end… Al-Jazira had a corner in the last seconds of injury time to grab an equaliser but that was followed up with the worst corner I have seen – on par with Wayne Rooney’s at the World Cup and Iago Aspas’ against Chelsea.

Al-Ain take control of the league and it’s in their hands regardless of how many weeks are left in the league. 6 points are enough, and with a couple of more wins they can finally focus on the Asian Champions League where they have failed to impress in their first pair of games. Al-Jazira, on the other hand, need a big fix. Out of the Champions League, trailing in the league and only 2 points ahead of fourth place.

- Previous article « What is going on with Middle Eastern Football? 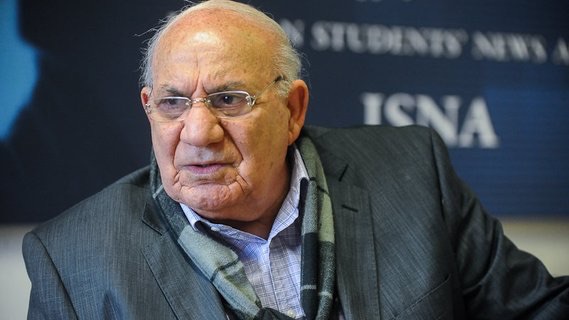